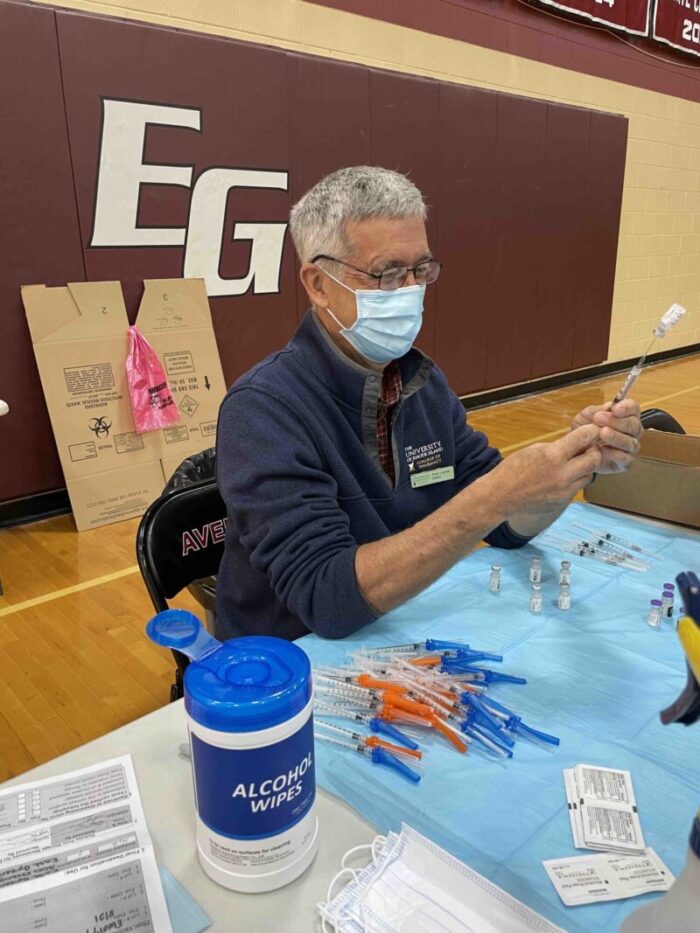 Here at EG News, we classify the top stories of the year as those that got the most clicks – acknowledging they might not all be the most important stories of the year. Yet, we like what we like, and EG News readers like police news, restaurant news and, in 2021, vaccine news.

Here are the stories that got the most clicks of 2021, in ascending order:

In truth, the police log is popular every week. But this one one probably caught people’s attention because of the connection to Cole Middle School. 2,472 page views as of Dec. 28.

Felicia’s is such an institution in East Greenwich, Felicia Revens did not make a big fuss when she decided to sell. But the transition to new owners Julie and Craig DeCesare went smoothly and the business does not seem to have slowed down in the slightest. 3,003 page views as of Dec. 28.

This story was one of three in the top 10 that centered on vaccination clinics. It seems hard to believe now – when government and health officials are begging people to get vaccinated – just how desperate people were to get their first dose of the COVID-19 vaccine. Drug stores began offering the vaccine after the state and municipalities (like EG) began to hold clinics. 3,085 page views as of Dec. 28.

Some Jumped Line at EG Vaccine Clinic
The Town of East Greenwich held its first vaccine clinics at the very end of 2020, limiting those who could get the vaccine to health care workers. But because the statewide link to sign up was sharable, some people shared it with those who were not yet eligible. 3,286 page views as of Dec. 28.

Water St. Kitchen & Bar Set to Open This Month
The news that the 28 Water Street location would open again as a restaurant came in July, two months into the summer dining season. Restaurant news is always a hit with EG News readers, perhaps especially so for this one, with the restaurant’s prime waterfront location. 3,489 page views as of Dec. 28.

Pal’s Is Closing – Get the Veal Sinatra While You Can

This story got a lot of traction because Pal’s was just so much a part of what some call “old EG.” People took the news hard. 4,345 page views as of Dec. 28.

2 Dead After 3 Overdose at EG Residence

This kind of story is just terrible. It is a reminder that the national headlines about the increase in opioid overdose deaths is a local story too. 5,681 page views as of Dec. 28.

We all love stories about the film industry so it’s not too surprising that this story was a hit. ”Out of the Blue,” a romantic thriller written and directed by Neil LaBute, and starring Diane Kruger (“Inglourious Basterds,” “National Treasure,” and “Troy”) and Ray Nicholson (as in, son of Jack). 5,935 page views as of Dec. 28.

Another reminder of just how much we love to read about new places to eat! The Broadway Hospitality Group of Boston (BHG) took over the space at 1000 Division St. in February – construction continues. 9,752 page views as of Dec. 28.

Vaccine Info for EG, Warwick, West Warwick, North Kingstown & Coventry
This story was service journalism with a capital S. So many people from around the region were hungry for information about vaccine clinics in January and that info was hard to come by early on. So EG News offered info beyond our typical readership boundary and people used it. 10,873 page views as of Dec. 28.