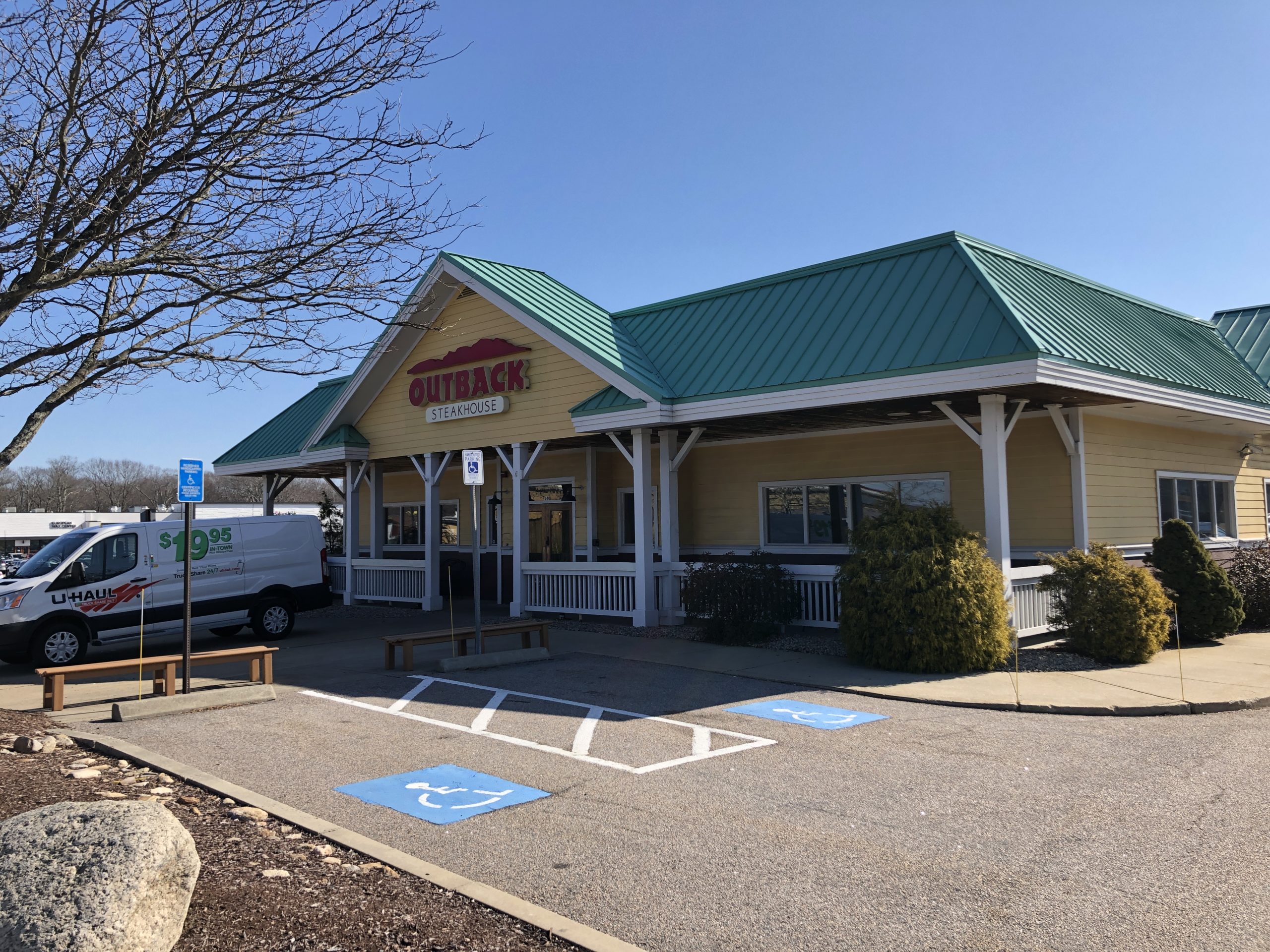 A new restaurant group is taking over the former Outback Steakhouse restaurant at 1000 Division Street. On Monday night the Town Council approved a liquor license transfer from Outback to Tavern in the Square, owned by the Broadway Hospitality Group of Boston. BHG owns several restaurants in Massachusetts and a Tavern in the Square at Garden City in Cranston.

BHG takes over from the Newport Restaurant Group, which had announced last February plans to open an eatery on the site.

According to BHG lawyer Robert Murray, the new restaurant would be “a traditional neighborhood restaurant tavern.” Each location has different menu items, and Murray said items include salads, sandwiches, appetizers, brunches, dinners and drinks. Murray said the restaurant will sit up to 300 people, including indoor and outdoor dining.

“There will be an extensive build-out of the existing structure,” Murray said. “We’re basically going to take everything out but the kitchen and we’ll redo the kitchen also but we would expect that if granted tonight and we move forward, it will be an early or late fall opening, this year.”

The Town Council meeting, the council had to vote to transfer the Outback Steakhouse’s alcoholic beverage license so that Tavern by the Square could start negotiating to lease the building and renovate. Murray explained the Cranston location has had no trouble getting or maintaining their alcohol license, so he expects the East Greenwich location to be the same. The council unanimously approved the transfer.

Also during the meeting, the Town Council issued alcohol licenses to three restaurants that were previously behind on their taxes. Restaurant and bar liquor and victualing license renewals are due by Nov. 30 each year. The council granted a number of extensions this year due to the COVID-19 pandemic. Three remained outstanding as of Monday. Frank and John’s from Italy and Circe Restaurant and Bar both paid their outstanding tax bills. The town had to wait for the state Division of Taxation to clear an issue up with Revival Craft Kitchen, which happened Monday morning. The council voted unanimously to renew all three restaurants’ liquor and victualing licenses.