Pal’s Is Closing – Get the Veal Sinatra While You Can 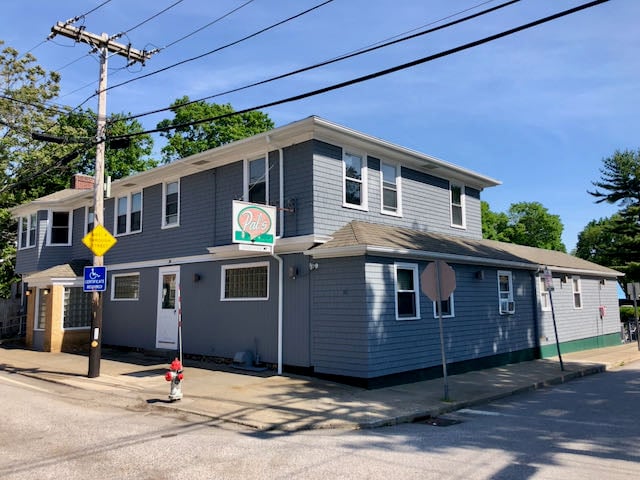 Pal’s Restaurant, the place you go if you want good Italian-American food that won’t break the bank, is closing at the end of this month. So if you have a hankering for Chicken Parmesan with a side of potato and veg or pasta, get down to 43 Division Street – now. Ronny Ware, owner of Pal’s Restaurant from 1995 to 2021, in front of one of the restaurant’s popular round booths.

The legendary East Greenwich restaurant is closing 88 years after Palermo’s first opened, selling meatballs and beer out of the downstairs of a house on the corner of Duke Street. The Romano family has sold the building and adjoining parking lots.

The Palermo-Romano family ran the restaurant for a number of years before bringing on other managers. No one quite fit until Ronny Ware bought the business in 1995. Ware had run a few Italian restaurants by then – La Rosa in Johnston, Mario’s in Cranston, and, most notably, Asquino’s in East Providence.

When a friend tipped him off that Pal’s was available, he decided to go for it. According to Ware, Pal’s was just like Asquino’s, only half the size – the glass block windows, the round booths, the menu.

“I took the chance in 1995 and I’ve been here 26 and a half years,” said Ware last week. “This restaurant has such a great history.”

Ware noted that Pal’s Facebook page has more than 200 5-star reviews. “We don’t have the ambiance to call us a 5-star restaurant, but we have 5 stars in East Greenwich. I’m proud of that. I’m very sad that I’m leaving.”

Ware, 76, said he’s been cooking since he was 13 years old. “I still cook on occasion but my students cook now,” he said, referring to employees he’s taught over the years. “People who come in as dishwashers and you train them to be cooks and you pay them what they deserve.”

Back when he took over Pal’s, which can hold 148 people, there was a 45-minute wait for a table.

“There were 20, 25 restaurants in those days,” said Ware. “Now there’s 86 restaurants or something. Dunkin’ Donuts sells sandwiches now. That’s competition. Pizza places everywhere. So, there’s a lot more competition but not for this particular type of food.”

The type of food at Pal’s? Classic American-Italian, with everything from snail salad and clams casino to pasta with “house sauce” and five different veal dishes, including Veal Sinatra — veal with prosciutto, spinach and mushrooms.

“I’ve been selling Veal Sinatra since 1987,” Ware said. He got the recipe from the chef at Paesano’s Restaurant in Fort Lauderdale, who’d made the dish for Frank Sinatra. Ware had the dish one night and had to try it again.

“I went the second night and had it again. He said, ‘You’re been here two nights – why do you order the same thing?’ I said I want to dissect it. And he said, ‘Dissect it? Come on in the kitchen and I’ll show you how to make it!’ I’ll never make it like he did but we have an outstanding recipe. I asked if I could bring the recipe to Rhode Island and he said, ‘Rhode Island? Sure.’ Just not next door.”

Ware, who is 76, isn’t retiring. He still has his floor covering business in Warwick that he started when he was 24. Carpets by Scott is named for his oldest son. He has an older daughter too. It’s his youngest, a 10-year-old son, who is making closing the restaurant easier.

“Even though I’m going to leave here with a broken heart, I just keep hearing my son keep saying, ‘Dad, when you coming home? Can you come home early?’” said Ware. Regarding the Palermo/Romano family, “I was able to make them proud,” he said.

Pal’s will close on July 1. Make your plans to stop in. You’ve been warned. 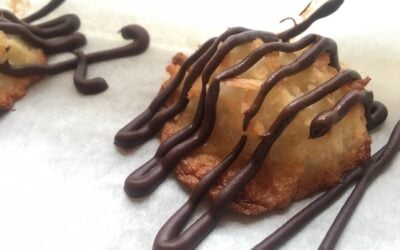 It's never too early in the holiday season to think about baking and sweet treats. This is...