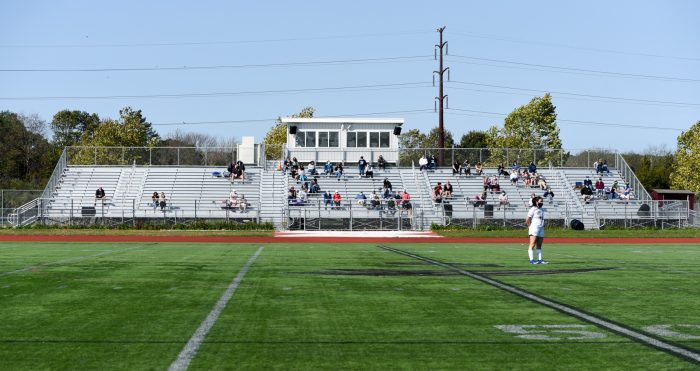 After hearing the dire status of the artificial turf field at East Greenwich High School, the Town Council Jan. 24 voted 5-0 to enter into a contract with Field Turf to replace the field for $650,000 (with 20 percent additional for contingency for a total of $780,000). Initial money will come from the town’s surplus to be able to move quickly and get in line for summer 2022 replacement. But that still leaves the town and the schools to decide together how to fund the project.

The field – known as Carcieri Field, after famed EG educator and coach Nicola Carcieri – was built in 2009 on town-owned land. After some initial problems with drainage that required a retrofit, the field started to be used in 2011; it was always anticipated the field would need replacing at around the 10-year mark. While the hope had been to put money aside for the replacement, there was never a designated fund earmarked solely for that purpose.

EG Director of Community Services Andy Wade told the council about how important the field has become to both the town and the schools, with usage about 50/50. Then he detailed how recent field evaluations were driving the plan to replace it sooner rather than later.

“There’s sand on top of the base, then crumb rubber or fill,” he said. “That fill settles and loses some of its bounce and it really compacts.”

That compaction can lead to broken bones and concussions, he said. Aerating works to restore some of the turf’s height and its ability to bounce, but at a certain point the field is no longer safe, he said. The latest round of GMax tests on the field were done in December. GMax is a rating system to measure a field’s ability to absorb shock, such as when an athlete falls into it.

After a meeting with town and school officials, the town got another opinion by a company called Firefly, which awarded the field a grade of F, with conditions “moderate to poor to severe.”

With those facts in mind, Town Manager Andy Nota told the council there were different ways to pay for the replacement – bond for it, which would incur interest, or use fund balance (aka surplus) to cover the cost. He also said the town could front initial dollars to get the field in queue for this summer. Nota has suggested the town and the schools split the cost, noting both could afford to do that using fund balance dollars. The School Committee endorsed the idea of replacing the field this summer at its Jan. 18 meeting, but members wanted to weigh the financial implications before giving the town formal approval.

The School Committee ’s finance subcommittee meets Thursday morning (Feb. 3) and the turf field replacement is one item on the agenda. 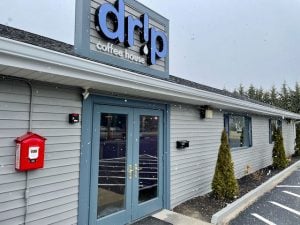 Also at the Jan. 24 meeting, the Town Council approved a full food-and-liquor license to Drip Coffee House, at 2727 South County Trail. Co-owners Steven Mignanelli and Sarah Grillo said they were planning to open in February but would wait on offering alcohol initially.

“We’ve seen a lot of other places where it goes well,” said Mignanelli, about the addition of a liquor license for a coffee place. He said they plan to offer a fairly extensive menu, with breakfast offerings and sandwiches and maybe pizzas for lunch fare. To start, they plan to be open from 6 a.m. to 4 p.m.

Councilor Mike Zarrella noted that since this is the town’s only available liquor license right now, he wanted to make sure they were really planning to use it. (The town has placed a cap on liquor licenses.)

“We definitely plan on using it,” said Mignanelli.

The council approved the motion 4-0, with Mike Donegan recused from the matter.

Also at the meeting, LowKey Cafe owner Zach Flanders asked the Town Council to approve an expanded entertainment license, saying he thought he had gotten such permission in his initial approval. The current license for the Main Street venue allows for live acoustic music and indoor amplified music. Flanders said he thought that allowed live amplified music and permission to have a D.J. He learned otherwise over Halloween weekend, when he had booked a D.J. to perform but police shut that down. Flanders also said performers said they’d only perform with amplification because they did not want to hurt their vocal cords.

His application also requested permission to have a dance floor but at the meeting, Flanders said it was more about making sure LowKey was covered if a couple were to get up and “hear a groove they like and just start to move their hips.”

When Councilor Mike Donegan mentioned LowKey’s website, which had a heavy nightclub vibe, Flanders said the website was not current and had been done in haste by a friend early on.

“LowKey is a restaurant first,” he said.

Councilor Caryn Corenthal said she wanted LowKey to show it was a good neighbor before seeking to expand their license, noting complaints about litter on the sidewalk outside.

With councilors appearing unlikely to grant the expanded license, Flanders asked to continue the request for a few weeks to be able to work on the application. The application was moved to Feb. 28.