When World War II started, the population of East Greenwich was 3,842 and the town became one of the most patriotic towns in the state. Almost every family had a loved one in uniform. They all considered it an honor to serve. They looked down on those who didn’t serve or dodged the draft. The American Legion organized scrap drives to collect aluminum, iron, tin, paper and grease. The large trucks were manned by Boy Scouts from Troop #2 under the direction of Scoutmaster Frank Mellor. There were several Army forts on the coast plus Quonset Point just south of town.

On the weekend the town was crowded with service men on Liberty. The USO was built on Main and Greene streets in 1942 so the GI’s had a very nice facility to go to. Dances were held on the weekends. Many of the servicemen were married and had a difficult time finding living accommodations in our small town. The town people recognized the problem and rented out their spare rooms to the married couples. Many of the more affluent town citizens rented rooms in their homes also. Some of the money that renters received helped offset the debts accrued during the Depression years. A large number of servicemen passed through town on the way to Providence for liberty or shore leave.

Very few GIs owned an automobile, plus there was gasoline rationing. If a GI was lucky enough to own an automobile he was issued an A gas ration card good for 3 gallons of gas per week. Most GIs hitchhiked wherever they wanted to go. All they had to do was to stick out their thumb and they had a ride. To make sure that they got a ride some GIs would hold up a pack of cigarettes, which were in short supply for civilians. A sure way to get a ride was to hold up a pair of silk stockings purchased at the PX. This worked every time.

On the south side of the courthouse lawn was a very large Honor Roll with the names of every East Greenwich serviceman and woman. There were 354 names displayed and 9 had Gold Stars representing those killed in action.

Since East Greenwich was very close to the Atlantic Ocean we had frequent air raid drills. Blackouts would be signaled by a coded blast from the fire department siren. Most of the Boy Scouts from Troop #2 were trained to be civilian defense messengers. This was well before today’s communication. Each messenger was assigned to an air raid warden who was assigned a zone of action. We were all issued a white helmet and always wore our scout uniforms. We would ride our bikes to the Civilian Defense Headquarters located in the Fire Station with written messages. The blackouts were strictly enforced by the wardens. The top half of all automobile headlights were painted black to keep the light beam low. We had air raid drills at Eldredge School. They were much like the fire drill but much more strict and organized. We did not go to our assigned fire drill locations. We marched in a line two abreast for four to six blocks from school. We were forbidden to talk during the drill. Everyone obeyed.

To help with the war effort, many families had Victory Gardens. Several acres of prime farmland on Spencer Avenue were made available to those in East Greenwich who wanted to farm. Each family was assigned a large plot of land. The Italians always had the best gardens.

It was Halloween Night 1944 that a few of us Sea Scouts had an evening we would not soon forget. The Sea Scouts met weekly in the basement of the St. Luke’s Parish Hall on the corner of Church and Pierce streets across from the library. About 15 of my classmates attended the meeting, which generally lasted until 9:30. We had very good leadership so we were never in a rush to have the meeting end. Much of the leadership was furnished from the East Greenwich Yacht Club – they were big supporters of our Sea Scout Ship. When the meeting ended, five or six of us chose to sit on the library wall and just chat instead of rushing down to Hathaway’s Music Store for a coke and ice cream. It happened that, during the 1940s, the Sea Scout uniform was almost identical to the uniform of the U.S. Navy. The only difference was the Sea Scout uniform had two white stripes on the collar and two white stripes on the cuff. The U.S. Navy had three white stripes at each location. Needless to say we looked like young sailors in our uniforms.

While we were shooting the bull in front of the library a large gray van pulled up in front of the group and stopped. Painted on the side of the gray van was U.S. Navy “Shore Patrol” (the Navy police). Two sailors got out of the van and started to dress us down for being out of uniform since we had our white hats pushed back on our heads and had our cuffs rolled up. We all knew that they didn’t have any authority over us so we just played along. Next thing we knew, they told us to get into the Shore Patrol van. We all went along. The Shore Patrol was going to teach us a lesson and take us to the Brig (Navy Jail). During World War 2 the Navy brig was located in the Town Hall on Main Street. It was only a five-block ride to the Navy Brig location. The Shore Patrol lined us up and marched us into the building. The Police Department was located in the Town Hall. We all marched past Chief Benson, the town’s police chief. He gave us a funny look as we passed by wondering why we were being marched into the building. East Greenwich being a small town the chief knew most of the children and their parents. The chief addressed the Shore Patrol and asked what these young boys had done. After he heard the charges he giggled and laughed. He politely told the Shore Patrol that these young men were high school students and they were wearing Sea Scout uniforms. Needless to say the two Shore Patrol officers were very displeased and upset with us since we made fools out of them. The chief told the Shore Patrol to return to their duty station and told us all to go home. Three of the Sea Scouts that took part in this prank were later honored by their high school by being selected to be on the EGHS Wall of Honor: Ernest Franzone, Robert Greene and me.

Glenn King grew up in East Greenwich and lives in Tennessee. We will be running more of Glenn’s columns in coming weeks. 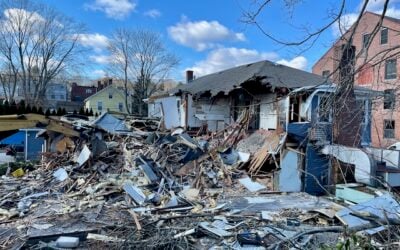 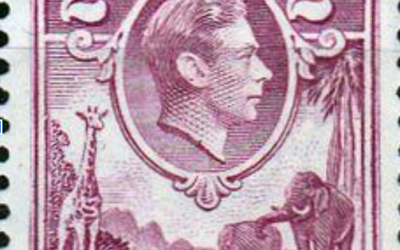