To date I feel that East Greenwich has the finest parade in the state. As a youth I vividly remember the Memorial Day Parade. It was very large and long. They would start to assemble on Peirce Street as far back as the Kentish Guard Armory. They would route down Peirce Street to Division Street then parade smartly down Main Street. The Varnum Continentals and the Kentish Guard always stole the show with their red, white-and-blue uniforms of the colonials. The fife-and-drum corps also stole the show.

The large group of volunteer firemen with their blue uniforms was impressive. They often marched alongside the pumper that they so proudly cherished. The parade was led by Jessie Whaley, a World War I veteran who was blinded by an exploding grenade. Many of the World War I veterans also marched. There always was a very large crowd. The best place to view the parade was the lawn at Dr. Taggart’s home and the grounds of the Kent County Courthouse.

The parade marched to two cemeteries, one on First Avenue (East Greenwich Cemetery) where a student recited the Gettysburg Address, and onto the second location was St. Patrick’s Cemetery, overlooking the Bleachery. Another parade was the Halloween Parade down Main Street to Eldredge School. Refreshments were provided. Kids had fun ringing doorbells, soaping windows and pelting people with beans from their bean shooters.

On May 6, 1936, the Italian community had a very large parade down Main Street. It was to celebrate the conquest of Ethiopia by Mussolini. My classmate Mike Romano said that he marched in the parade. In 1940 there was a parade down Main Street to honor Wendell Wilkie and his wife riding in an open convertible. He was the Republican candidate for president that year. He ran against Franklin Delano Roosevelt and lost. 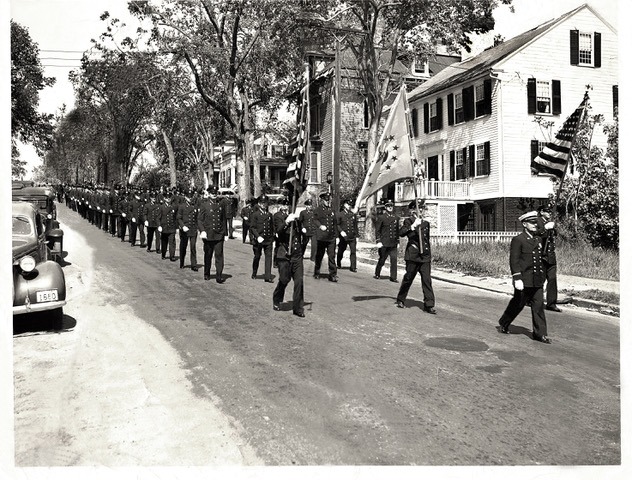 EG firemen marching down Division street during a parade circa 1930s? 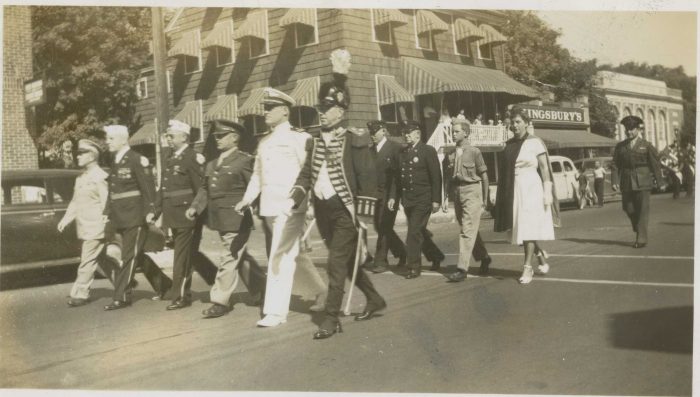