Schwager: Town Is Not Bankrupt 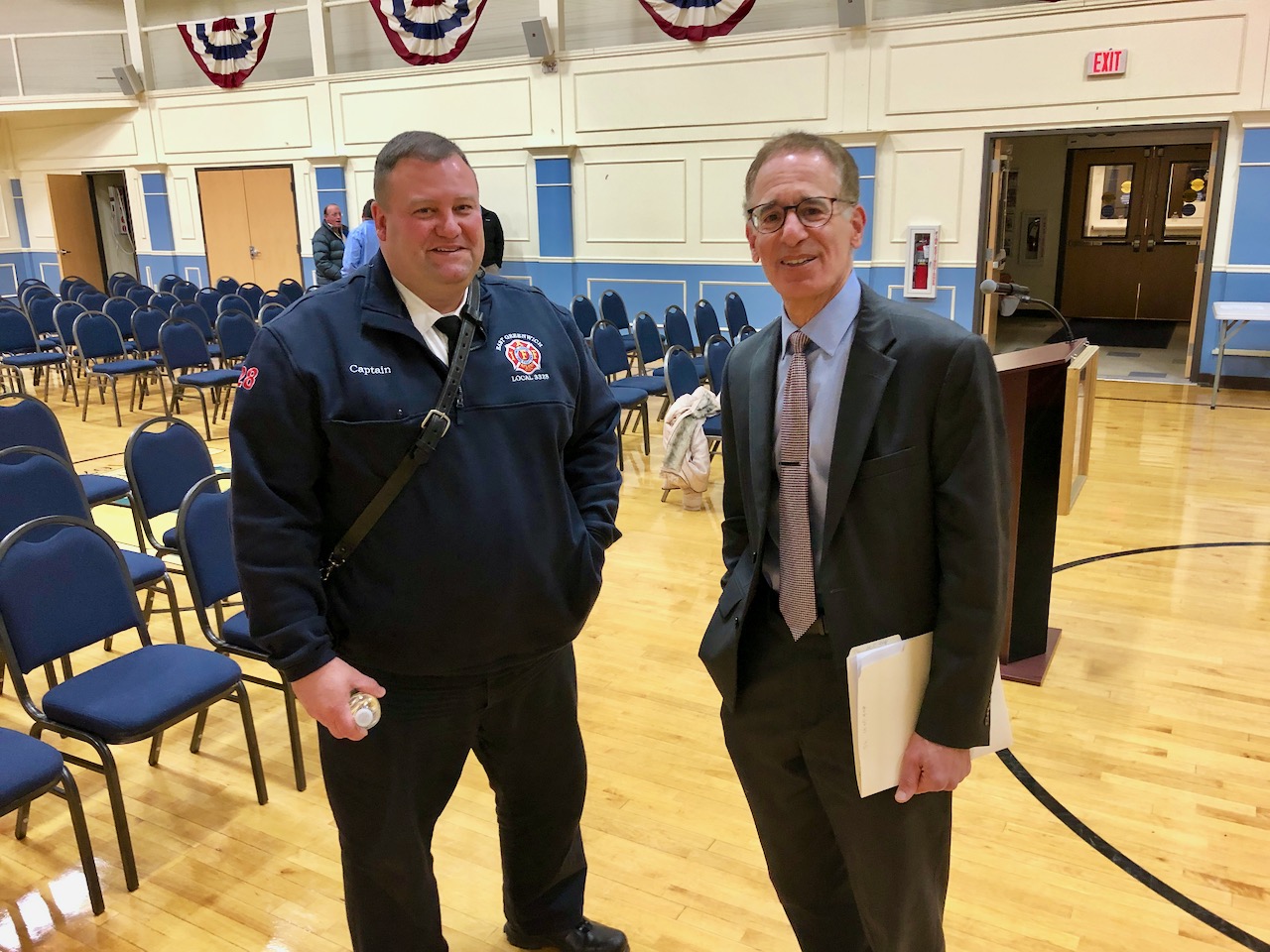 Above: Acting Fire Chief Tom Mears with Town Council President Mark Schwager at a meeting in December. The town has posted the job for permanent fire chief for the first time in the nearly 14 months since former Town Manager Gayle Corrigan fired the previous chief.

Town officials are still sifting through the financial records left behind by departed Town Manager Gayle Corrigan and Finance Director Linda Dykeman, but Town Council President Mark Schwager last week was willing to commit to one thing: East Greenwich is not bankrupt.

“The town is very capable of meeting its financial obligations,” he said last week. “Bankruptcy is when a town cannot do that.”

Schwager’s words contrast with what former council President Sue Cienki said in an email to EG News days after the Nov. 6 election. It that email, Cienki wrote, “The town is bankrupt.” Her letter detailed a number of financial obligations facing the town (including long-term pension obligations) but did not offer bankruptcy evidence. 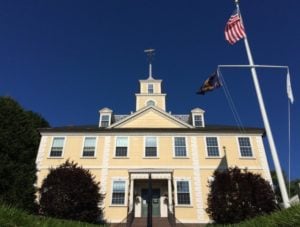 Schwager said Thursday acting Town Manager Joe Duarte and consultant Mike D’Amico were working to have updates on the town’s finances in time for a meeting Monday, Jan. 14 (the date has changed since this story originally posted). The town has not released financial information on fiscal year 2018 (which ended June 30) since the third-quarter report released in April. That report predicted the town would have a $1 million deficit.

“We’re going to present the unaudited numbers to the town,” said Schwager. “The consultant will present the numbers and address the issue of the town’s financial standing.”

Schwager said residents will be welcome to ask questions at the Thursday meeting.

He said it was taking a little longer than they had hoped to present the numbers because of the December holidays – many employees take vacation days this time of year. At the same time, Schwager praised employees for working hard to pull together information for consultant D’Amico, who was hired Dec. 18 and started the next day.

Officials met with the state auditor general last week and got an extension until Feb. 28 on the 2018 audit. Schwager said they hoped to finish before that.

In general, he said, there have been no major surprises. The school budget is still be reviewed to see how much of their surplus had to be used to balance the 2018 books.

The Town Council and School Committee are meeting on Monday, Jan. 14 in joint session to discuss budget issues. In particular, the council is expected to respond to the School Committee’s request for an additional $700,000 in funding for the current 2019 fiscal year. The two panels met Dec. 10, at which time the council said it needed to have a better understanding of the town’s financial position before it could respond to the $700,000 request. (Since the Nov. 6 election ushered in four new council members, the town lost its finance director and fired the town manager.)

In other news, the town has posted the fire chief position after more than a year of a succession of acting fire chiefs to fill the role. The job is currently being filled by EGFD veteran Tom Mears. Applications are due Jan. 11 and manager Duarte said he hoped they would have a new chief by early February. The ad hoc hiring committee consists of Duarte, North Kingstown Fire Chief Scott Kettelle, and town Personnel Board member Vincent Ragosta.