Outgoing Town Council President Sue Cienki, who lost her bid for re-election last week, said East Greenwich is bankrupt in a rambling email to EG News (Cienki email 11/10/18) Saturday. This follows the announcement by Town Manager Gayle Corrigan on the Dan Yorke Show Thursday that the town had a stunning $2 million deficit for fiscal year 2018 – after months of refusing to reveal any year-end financial information.

In an interview before the Veterans Day Parade Sunday, Cienki said the town is heading toward bankruptcy but that using $1 million out of the town’s fund balance for the current year budget was not part of a larger bankruptcy plan, nor was keeping the tax rate flat. (Editor’s Note: Cienki did not speak publicly about financials as part of the parade festivities Sunday. We apologize for any confusion an earlier version of this story may have given.) 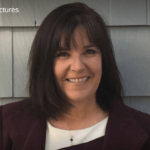 “Even if you raised taxes by 4 percent, you would still be in a deficit. So, what you need are structural changes,” she said. “The reality is, until you hit the abyss, and that’s where we’re heading, the abyss, we just had to do this.”

The idea of bankruptcy to get out of labor agreements, including pension plans, has been floating around Rhode Island since the Central Falls bankruptcy in 2011.

In an email sent to various municipal leaders in 2016, former state Supreme Court Judge Bob Flanders (recent U.S. Senate candidate) – who was the receiver for Central Falls when it went into bankruptcy – outlined a way for other municipalities to restructure union contracts:

“The best chance to withstand a legal challenge to a municipality unilaterally changing its contracts and pension benefits is to do it through a chapter 9 restructuring. If the municipality can establish its eligibility (most importantly, its insolvency on a cash flow – not a balance sheet – basis; and its inability or impracticality of negotiating an acceptable debt restructuring plan with its creditors), then contract impairment and constitutional takings claims are effectively neutered and the municipality has its best shot of shedding crippling legacy costs and emerging with a balanced budget and a viable future.”

Town Manager Gayle Corrigan worked for Flanders in Central Falls and Flanders was the one to introduce Corrigan to Cienki in early 2017. The EG Town Council went on to hire Corrigan and her colleague Linda Dykeman to analyze first the school department’s finances, then later the town’s finances. By June, Corrigan was the town’s new manager and she had hired Dykeman as finance director. (Corrigan and Dykeman both donated $5,400 to Flanders’s Senate campaign in 2017, the maximum allowed. Cienki gave $1,000 to Flanders in 2017.)

But on Sunday Cienki said she wasn’t trying to speed East Greenwich into bankruptcy.

“I’m not digging a deeper hole,” she said. “We’re trying to get everybody to say, guys, we have a pension problem. It’s not sustainable.”

Town financial information for 2018 has yet to be made public.