8:58 a.m. – A member of Westminster Unitarian Church told police he’d noticed on Friday their Black Lives Matter and Pride flags had been taken (read more HERE). He said he also noticed around the back one of their picnic tables had been moved and their fire pit damaged, although he was uncertain the two incidents were connected.

3:42 p.m. – A town official wanted to make police aware about a disruptive person at a recent town meeting.

6:10 p.m. – A caller told police they had bumped a car while driving in the Dave’s parking lot at 1000 Division Street and left a note for the owner. Because of the rain, however, the caller said they were worried the note would be illegible so they left details and information with the police in the event the other car’s owner contacted them.

4:28 a.m. – Police assisted EGFD at a garage fire on Laurel Wood Lane. The fire was contained to the garage and there were no injuries. One of the residents said he thought the fire might have started because of a lightning strike but that could not be confirmed.

8:45 a.m. – Two elected town officials told police a resident was acting toward them in a threatening manner, however from what they related to police, the issue was a civil one, not criminal.

1:12 p.m. – Police arrested an East Greenwich man, 29, for driving with a suspended license after police saw him driving on Frenchtown Road with an expired inspection sticker on his car. Routine checks showed his license and car registration were suspended. Police gave him a district court summons for the license and cited him for the registration suspension.

1:30 a.m. – A caller told police about an argument then changed their mind and said she didn’t want the police to come. Police spoke with the parties, who had had a verbal argument only.

1:54 a.m. – A hangup call from Main Street. Police spoke with the parties, who had been arguing. The woman agreed to leave for the night.

3:09 a.m. – A woman in the lobby at EGPD told police she was upset about an order of protection she’d just learned about. Police told her how to deal with it.

10:55 a.m. – A woman told police she agreed to meet her former boyfriend in the parking lot at 1000 Division Street about a business matter but that the man was yelling and aggressive as soon as she pulled in so she decided to leave. He approached her car and accused her of running over his foot. The woman said she was going to call the police which prompted the man to leave but not before he told her he was going to kill himself because she would not date him again. Police notified surrounding departments in case they came across him.

12:12 p.m. – Police got a report of a man sleeping in a van with tinted windows outside of an apartment complex. The van left without incident.

5:02 p.m. – A caller said there were several men with rifles entering the woods near Mallard Way. Police found the men were not on private property and were not violating any town ordinances.

6:04 a.m. – NKPD notified EGPD about a robbery in the Saunderstown section of North Kingstown where the homeowner was assaulted and the suspects made off with $3,000.

1:55 p.m. – A caller told police their neighbor’s dog had been barking for two hours. Police found the dog in an enclosed porch; no one answered the door.

8:08 a.m. – A caller told police there was a Jeep in the Finn’s parking lot that had been running with lights on since around 3 a.m. Police spoke with the occupants, who said they’d had some drinks and wanted to wait until they were safe to drive home.

9:41 a.m. – Police were investigating a burglary at Supreme Pizza. No additional information was given.

12:01 p.m. – An East Greenwich man told police someone had withdrawn $11,798.25 from his Citizens bank account in June. Working with the bank, the man learned someone had created an online profile using his information that enabled the person to gain access to his account and make the withdrawal. Citizens restored the money to his account and created a new account in July. On Oct. 7, however, he found an unauthorized withdrawal of $800. Citizens security locked his account and he was filing a police report in the event there were other breaches.

7:13 p.m. – A Main Street resident asked police to tell her neighbors to turn down their music – that it had been loud the past three nights. Police spoke with the neighbors, who agreed to turn down the music.

9:38 p.m. – Someone who attended a show at the Greenwich Odeum told police her husband had gone to get their car more than 30 minutes earlier and had not returned. She called him and he said he was lost. Police found him.

1:15 a.m. – A caller told police about an altercation in front of Low Key on Main Street. By the time police arrived, the Low Key security had dispersed the parties but an officer stayed in the area through closing. 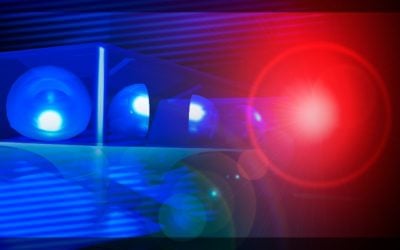 Tim Munoz allegedly stepped in front of a car he said was speeding on Howland Drive Police...