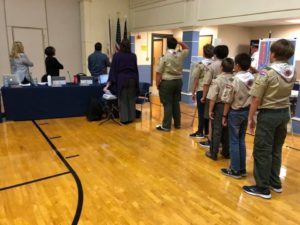 About 90 people showed up to the Town Council’s special session Thursday night for a hearing on a revised noise ordinance that would limit decibel levels from live music at waterfront restaurants. The proposed changes are aimed at improving the quality of life for area residents during the summer months when Water Street venues host bands outdoors, but the restaurant owners have warned lowering the decibel level would hurt business.

The Town Council has been wrestling with just what changes to make since it first heard complaints from residents earlier this year.

After Thursday’s public hearing, which lasted more than four hours, the council voted to move the ordinance to third reading (the final step in the process).

“For us, it’s going to mean some bands won’t be able to play here because they are too loud,” Mark Finn said after the hearing. Finn owns Finn’s Harborside on Water Street.

Finn’s and Blu on the Water will be the most affected by the changes because of the types of musical acts they bring in. The two other establishments covered by the ordinance changes are Nautika and the Fireman’s Hall. Both feature live music but have tended not to bump up against the decibel limits.

The restaurants, which offer outdoor music Memorial Day through September, did win one concession at the hearing: the draft ordinance had a 10 p.m. cut off for outdoor music over 50 dBA on Wednesday and Thursday nights. But the Town Council agreed at the hearing to restrict that cutoff to Wednesdays only.

According to the town’s sound consultant, James Miller, average readings during his study (taken in June and early July) frequently topped the town’s current levels of 65 dBA and 75 dBC. He explained, as he had in September, that 60 dBA and 65 dBC were the thresholds for resident comfort. Blu and Finn’s did some noise abatement after Miller took his readings but police reports have consistently noted decibel levels over the limit over the summer, particularly at Finn’s. Decibel levels are measured at the edge of the property, so Finn’s is at a disadvantage, since its tent sits right next its property line at Water Street. Blu’s tent has a parking lot between it and the Blu property line.

Jeff Gladstone, lawyer for Blu, expressed his frustration after the meeting.

“The actions of the Town Council do not represent a compromise of competing interests,” he said. “Our waterfront draws customers from all over the state during our short summer season. There are only 60 or so nights a year for these seasonal businesses to generate revenue. Our town government should continue to support our businesses as past councils have for many years. Otherwise our vibrant Main Street and waterfront may fail.”

Council President Mark Schwager acknowledged the restaurants were unhappy with the result.

“Obviously they were hoping for a different result,” he said. “There was consensus among the council that this was a reasonable compromise. They are still playing music until 12:30 a.m. Friday and Saturday, and until midnight on Thursdays. So it is a compromise.”

Mark Finn said he knew the council was going to lower the decibel level back when they first discussed it in March but said he hoped it wasn’t the first step toward banning outdoor music outright.

“I’m not angry. We’re trying to be good neighbors,” he said. “It’s not the end of the world. We’ll do what we have to do to comply.”