Town Manager Gayle Corrigan alleged at the Town Council meeting Oct. 22 that previous town administrators signed secret so-called side agreements with the firefighters union. A few days later, she issued a statement asserting the cost of those agreements was $600,000.

Engaged East Greenwich, a citizens group looking to provide information and analysis about issues facing the town, took some time to research the allegations made by Town Manager Gayle Corrigan. Here are their findings: 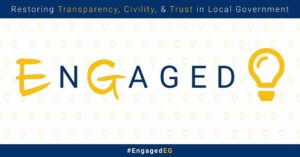 SIDE AGREEMENTS RECAP: At the 10.22.18 Town Council meeting, Town Manager Gayle Corrigan alerted the council that she “unearthed” a series of “side agreements” made between the unions and the town, covering the time period of 2013 through 2016.

Though the agreements have garnered much attention as of late, the two most contentious agreements (#4 and #6) have been known as early as August 2017 (when they were exhibits presented at trial) and brought to the public’s attention a few months later (Cienki Message to Residents 11/17/17).

Question #1 – What are the “side agreements” and are they improper?

Some background: When the Town enters into a Collective Bargaining Agreement (CBA) with the Union, requests for clarification often arise. Also, if aspects of the contract are not being adhered to, the Union has the right to file a grievance. This must be done within a 10 day time period, or the right to pursue the grievance is waived. Often times the Union will settle the grievance with the Town – a prudent course of action to avoid costly litigation and/or arbitration. The settlements and/or clarifications are then memorialized in either a Memorandum of Agreement (MOA) or a Memorandum of Understanding (MOU).

The agreements in question are MOAs and/or MOUs between 2 Unions (10 with the firefighter’s union and 1 with the laborer’s union) and the Town (through either former Town Manager Tom Coyle and/or former Town Solicitor Peter Clarkin).

It’s worth noting at the outset that all parties agree the actions of Coyle and Clarkin were not nefarious in nature; they weren’t trying to avoid the Town Council and sneak these agreements under the radar without anyone knowing. They were doing what they deemed best while incorporating the then-new fire district under the Town’s management. Whether they were doing it in violation of the Town Charter and costing the town money are the open questions:

These agreements were not made public and, in some instances, were made without knowledge of the full Town Council. They were not approved by either the public or the full Council, making them null and void. The agreements were done without any fiscal or operational impact study and ended up costing the town hundreds of thousands of dollars.

The agreements in question were not “contracts” as defined by the Town Charter. The Town Manager had the authority granted by former Town Council President Michael Isaacs to enter into these agreements. This is common practice in other communities.

Because of the nature of the agreements, they did not require the approval of the Town Council and/or the public. Isaacs knew of the policies behind these agreements and though he might not have seen the agreements in question, he agrees they were fulfilling policies they’d discussed, not adopting new policies. The intended goal of these agreements was to save the town money by avoiding arbitration and adopting cost-cutting measures.

Even if these agreements were not properly ratified, the Council’s attempt to blame the Union lacks merit. The Union President is responsible for obtaining approval from the Union. When the Town comes to the Union to ask for concessions, it is not the Union’s responsibility (who was not represented by legal counsel at the time), to ensure the Solicitor gets the necessary approval.

Our Town Charter defines the duties of the Town Manager as follows: The Town Manager shall be the chief administrative officer of the Town. With the consent of the Town Council he or she may head one or more departments. He or she shall be responsible to the Town Council for the proper administration of all affairs of the Town and to that end has power and shall be required to…. (in part) Negotiate contracts on behalf of the Town subject to the approval of the Town Council;
The Charter does not specifically address agreements of this nature. The question of whether the MOAs/MOUs are contracts is open to interpretation. Such interpretation is typically left up to legal counsel (Clarkin was Town Solicitor at the time and would have been charged with advising the Council. He signed agreements #5 and #11)

Question #2 – Did these agreements have any financial impact on our town?

A more thorough analysis she recently conducted shows that three of the agreements in particular (#1, #4 and #6) have cost the town a total of over $600,000 (See graphic here for specifics: Side Agreements).

The intent of all of the agreements was to save the town money in several ways. First, the agreements were a settlement of a grievance. Had the parties not been able to resolve the grievance, both would have spent money on arbitration (the cost of an arbitrator is $2,000 per day; the parties split the cost, plus pay a filing fee).

Second, many of the agreements did in fact save the town money, in particular agreements #2, #4, #7 and #9. Regarding #6, the cost to the town is grossly inflated (see graphic for specifics: Side Agreements).

Note: Determining the true impact of these financial agreements is beyond the expertise of the administrators of Engaged East Greenwich.