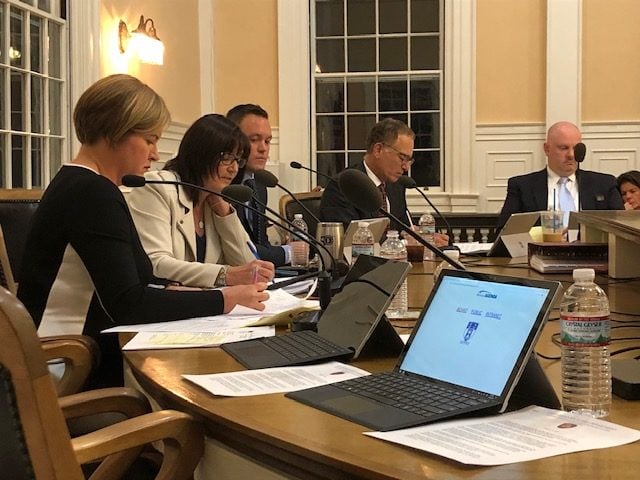 Town Manager Gayle Corrigan at the Town Council meeting Monday night outlined 12 side agreements to town-union contracts (Side Agreements), some of which she alleged exposed the town to unknown costs. An examination of the agreements, however, does not show they cost the town more than they saved.

Corrigan said most of the agreements were hidden but that’s not the recollection of former Town Council President Michael Isaacs, who said in an interview Monday the council was aware of the larger policies behind the agreements signed during his tenure.

“I did not see the specific documents that were signed,” he said. “These were administrative agreements. They were fulfilling policies we’d discussed. They weren’t adopting new policies.”

Corrigan put a “low,” “medium” or “high” designation on each agreement, indicating what she thought was the possible fiscal impact of those agreements.

The ones Corrigan said ranked high included an agreement between the town and the firefighters to keep two firefighter positions vacant for two years, from 2014 to 2016. Corrigan suggested this boosted overtime expenses.

According to firefighter union president Bill Perry, the request to keep the two positions vacant came from Town Manager Coyle, who was looking to save money on wages, health insurance and pensions over those two years. Because the fire department had one “floater” in every platoon (four total) at the time, the idea was the floater would be able to help fill out those vacant shifts. Any overtime that occurred (due to vacations, illness, etc.) would be less than the cost of paying wages and benefits for two additional firefighters.

“Not filling two positions – that was discussed as a cost-saving measure that year,” said Isaacs.

Another agreement mentioned by Corrigan had to do with a provision in the 2016-19 contract that if another union got a salary increase, it would be matched for firefighters.

According to Perry, the firefighters were the first to enter into an agreement with the town for the 2016-19 contract, which included a 2 percent raise in years one, two and three. Perry requested the parity clause be added in case any of the other four unions received higher wage increases than the 2-2-2 in the firefighter contract. The town struck the same 2-2-2 deal with all the unions, so that clause was never enacted.

“There were always concerns among all the unions what contract provisions they were getting,” said Isaacs.

A third agreement rated “high” by Corrigan was one giving six firefighters hired in 2016 from other fire departments (so-called lateral transfers) a higher rate of pay than brand new hires. Firefighters have a three-year wage ladder: Starting pay, then an increase after year one, another increase after year two, at which time the firefighter is at the top wage step. Under the agreement enacted in 2016, the lateral hires got year one pay, skipping the starting pay step and enabling them to reach the top pay step in 2018, one year early. There was a cost to this agreement – roughly $100,000 in higher pay for the six firefighters over two years.

The decision to hire lateral transfers has been questioned by Corrigan since she was a consultant to the town in spring 2017. According to then-Fire Chief Russ McGillivray, the decision was made after some new hires decided to move to another fire department, leaving East Greenwich again short staffed and having spent as much as $14,000 training and outfitting each of those now-departed firefighters, along with any overtime expense from having a several-month vacancy.

Isaacs vehemently rejected the idea that Coyle had tried to deceive the council.

“Tommy was the most honest person you would ever meet,” he said.

SHave you donated yet to East Greenwich News? We sure could use your support! Click on the Donate button below.