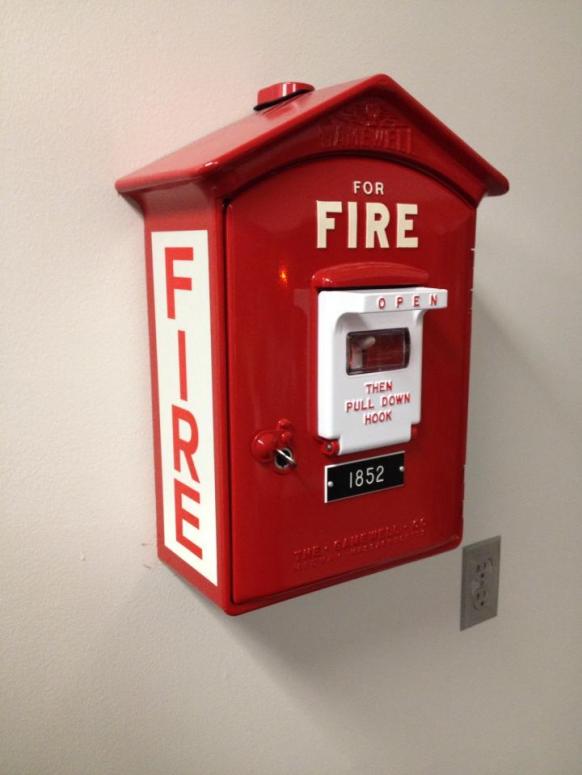 It may have seemed like a good idea at the time – especially with $40,000 of free equipment for the town – but the fire department’s decision in 2016 to work with the company KCi to provide a new wireless fire alarm system seems to have run afoul of state law dictating how municipalities hire companies.

The EGFD decided to go with KCi after learning the West Warwick Fire Department had used the company, but there was no bid process for the project and KCi is not on the state list of approved contractors for which no bid would be necessary.

KCi’s business model, according to Acting Town Manager Wendy Schmidle, is to offer a municipality free receivers and antenna (in East Greenwich’s case, equipment worth around $40,000).The company makes its money on new construction and other businesses in town that have to transceivers to match the new system.

“It should have been advertised so that the businesses in East Greenwich who have [the old wired] Gamewell systems installed in their businesses would be planning ahead to know that they’re going to abandon Gamewell and they’re going to have to spend money,” said Schmidle.

The decision to go with KCi was made by then-Fire Chief Russell McGillivray, who was dismissed in 2017. There was no service contract. As of now, KCi transmitters have been installed in 12 locations, including five for new construction at St. Elizabeth’s on Post Road and four for new construction New England Tech on Division Street.

At the Town Council meeting Monday night, no one argued that the town needs to move to a wireless system. Rather, the debate was if KCi was the best company for the job and how to right a process that ran counter to state law.

At the Town Council meeting Monday, Schmidle asked the councilors to approve going out to bid on a wireless alarm system. In addition, she asked that Town Manager Corrigan be allowed to enter into negotiations on someone to handle the fire alarm oversight duties formerly handled by Robert Warner, who the council had just voted to fire.

The Town Council approved both items 5-0.

Backup emails regarding how all this unfolded can be found on pages 29 to 42 here: Town Council meeting backup materials 7/23/18.

Above: Greenwich Bay from Chepiwanoxet on the very cold morning of Feb. 4, 2023. Photo courtesy of...