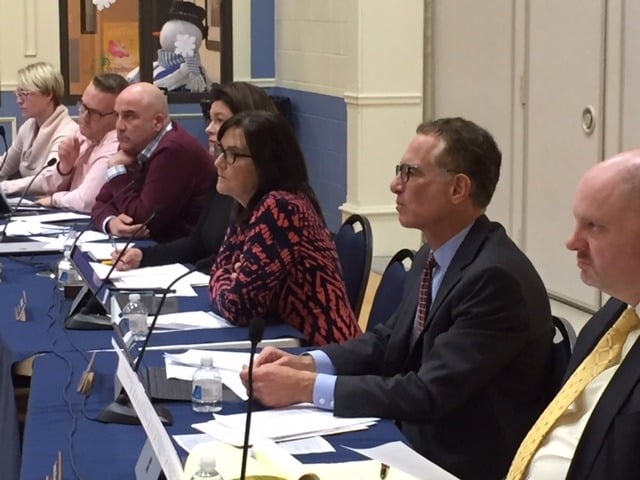 The action is billed as a cost-saving move, even as outside counsel costs escalate.

Town Solicitor David D’Agostino, under whose tenure the town has been found in violation of the Open Meetings Act seven times, got a significant raise this month, from $11,500 to $16,000 a month, for a total of $192,000  a year, a $54,000 increase. At least part of that raise reflects an increase in duties for D’Agostino, who will take over most of the work done this past year by Andrew Teitz, assistant town solicitor through June.

D’Agostino was hired in 2017, replacing longtime town lawyer Peter Clarkin, who earned $168,000 in his final year with the town ($14,000 a month). At the same time D’Agostino was hired, the town brought on an assistant solicitor, Andrew Teitz, to work for the Planning Department. Teitz specializes in land use and zoning law.

At the July 9 Town Council meeting, President Sue Cienki said the town had decided to drop Teitz for most of the Planning Department work “in order to reduce our legal bills.” Based on Teitz’s average monthly billing for 2018 and D’Agostino’s new salary, the town will save a total of $3,800 in solicitor fees in 2019.

D’Agostino, a member of the law firm Gorham & Gorham, also acts as solicitor for the Central Coventry Fire District, of which Gayle Corrigan is manager.

Solicitor fees are not the town’s only legal bills.

The budget line for “professional/arbitration” (i.e. outside counsel), has risen dramatically since the arrival of Town Manager Gayle Corrigan in June 2017 (FY2019 Proposed Final Budget, refer to page 3). According to the budget, the actual spending for professional/abitration was $5,200 in 2015, $1,300 in 2016, and zero in 2017. Then, in 2018, Corrigan budgeted $75,000, but the estimated total was  $290,000 (the total number won’t be finalized until the June bill is received by the town). That would be legal bills from Whelan, Corrente, which is handling labor work relating to the firefighters primarily but their attorneys have consulted on everything from the schools to an ethics charge against Corrigan.

Just as she had for 2018, Corrigan budgeted $75,000 for professional/arbitration for 2019, despite legal action against the firefighters union that is continuing this fiscal year as well as anticipated contract negotiations for all four municipal unions for contracts that expire in 2019.

Such underfunding of that line item is juxtaposed against her budget line for firefighter overtime in 2019. For the last several months, Corrigan said repeatedly it would be irresponsible of her to put in a number lower than her estimated $1.2 million in fire overtime. Firefighter overtime for fiscal year 2018 was estimated to be $789,000; the budget for 2019 is $1.2 million.

Town Planner Lisa Bourbonnais said while she had no problem working with D’Agostino, she had been glad to have Teitz’s legal expertise for the past year.

“Most lawyers don’t know land use,” she said. “Teitz brought a level of service we never had before.”