The latest violations bring to 7 the number of times the Town Council violated the OMA in a 60-day span last summer. 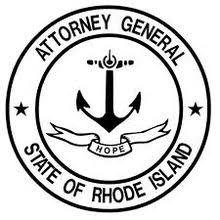 The state Attorney General office ruled Friday that the Town Council violated the Open Meetings Act in June and again in August, which brings the count to seven OMA violations since June.

One violation was for insufficient notice for the June 26 Town Council meeting, and another for a insufficient agenda item for their Aug. 28 meeting.

Former town employees Pam Aveyard and Sharon Kitchin brought the complaint about the June 26 meeting. The agenda for the June 26 executive session included discussion of “collective bargaining or litigation,” but according to minutes from that session (not made public), the council discussed a restructuring plan that included layoffs of municipal employees which was not on the agenda. Four days after the meeting, on June 30, Aveyard, Kitchin and a third employee, then-Finance Director Kristen Benoit, were laid off. Aveyard and Benoit have since filed suit for wrongful termination. 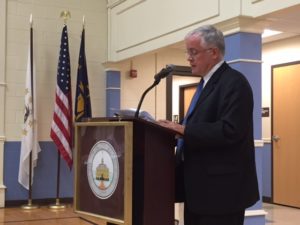 Michael Walker of Berkshire Advisors at the Town Council meeting Aug. 28 where he gave a report that was not included on the agenda.

East Greenwich News and resident David Caldwell brought the second complaint, after the Town Council failed to include mention of a report on the agenda for its meeting Aug. 28. The report was on the past two firefighter collective bargaining agreements and was presented by an out-of-state consultant.

“The decisions by the Attorney General’s office are very concerning. I raised those concerns at the meeting back in June,” said Councilman Mark Schwager, the only Democrat on the council and the lone voice of dissent over how the council has been conducting business this term. “It’s not just good government to do those changes correctly – it’s also the law.”

Council President Sue Cienki did not respond to requests for comment.

“It’s surprising that the Attorney General’s office did not find a knowing and willful violation of the Open Meetings Act when the Superior Court, facing almost identical allegations, did find the violations to meet that standard,”said John Marion of Common Cause.

“Given the Town Council’s brazen conduct, Judge McGuirl found five ‘willful and knowing’ violations – including two alleged in my complaint,” he said in a statement released Saturday.

The Attorney General’s office did not find violations with four other OMA complaints – all involving accusations of illegal meetings.

In response to those complaints, the Attorney General’s office said it found no violation because “the evidence fails to establish that a quorum of Town Council members collectively discussed or acted upon any matter within their supervision, jurisdiction, control, or advisory power.”

In other words, members can meet but it’s only a violation if it can be proved that they discussed official council matters.

The Attorney General’s also rejected a second complaint from David Caldwell, in which he alleged an illegal rolling quorum on Aug. 23, when three Town Council members – President Cienki, Vice President Sean Todd, and Councilman Andy Deutsch – met at Town Hall after recently-laid off employee Laurie Perry of the finance department had come in to collect her belongings, upsetting Finance Director Linda Dykeman, who accused her of taking more than her personal belongings and called police, who issued Perry a No Trespass order for the non-public area of the finance department.

The three members acknowledged they were all at Town Hall at the same time but said they did not meet together and that they were each, individually, discussing the situation with Town Manager Corrigan.

“Based on the evidence presented, we cannot find that a collective discussion between or among Town Council members occurred and, accordingly, do not find a rolling or walking quorum.

Caldwell said he was disappointed with that ruling.

“That’s a pretty impossible standard – how can a complainant have evidence about a secret meeting only attended by government officials?” he said.

Of the four complaints that were not found to be violations, Common Cause’s Marion said,  “Those can be difficult to prove without a record of what was discussed, such as an email chain. They come down to weighing the word of the complainant versus the word of the public body.”