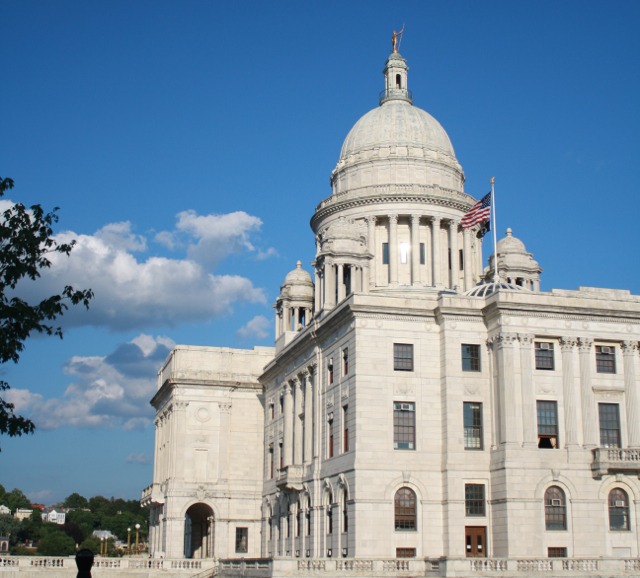 The late change has local officials frustrated and scrambling

Just days after the Town Council approved its FY2023 budget (read more HERE), town and school officials learned of a $729,000 reduction in the amount of money in the budget that’s expected to be voted on this week by the House. Gov. Dan McKee’s budget in January had East Greenwich getting $5.4 million in state education aid. The House Finance Committee’s budget has reduced that to $4.7 million. Barrington and Smithfield also saw budget drops (here’s the full list: Education Aid – House Finance Committee).

While it is a significant decrease in what had been anticipated for months (as well as what was baked into the school district’s budget for the coming year), East Greenwich would still see an increase of $151,000 over current year state aid. Still, the late action has prompted local officials to try to rectify the budget change while still trying to understand why it happened at all, especially at this late date, months after the School Committee was required to submit its budget to the town and days after the town’s budget became final June 6.

“The way it was done makes it impossible for our local government to respond to the reduced state aid,” said Town Council President Mark Schwager. “There are a number of reasons why this is not good public policy.  This is just very disruptive in a year where it doesn’t need to be so,” he said, referring to the state’s millions of dollars in federal Covid aid. “If we had four or five months to plan for this, it would be different.”

The state education aid funding formula was intended to stabilize things. It takes into consideration a number of factors, including enrollment, property values and the number of students who receive free or reduced lunch. But many districts saw significant enrollment drops during COVID (EG did not) and the federal government made lunches free for all students over the past two years. That made calculating the funding formula potentially more complicated.

According to School Committee member Tim Munoz, chair of the district’s finance committee, the state Department of Education first released preliminary funding formula numbers last November, and East Greenwich was slated to get $5.4 million in state aid in fiscal year 2023 (which begins July 1), an increase of nearly $1 million over this year’s amount.

Since then, he said, school officials have checked in with RIDE monthly to see if that number was still valid. It never wavered. This marked a second year of a significant increase for EG, but Munoz said it correlated with the state’s funding formula.

“If you look at the data between 2018 and 2023, our state share calculation has doubled. If you look at the numbers, it supports the case [East Greenwich] should be getting more aid,” Munoz said. Because of that, he said, “there were no red flags that would have us question that [proposed state aid] number.”

School Committee member Nicole Bucka said sometimes state officials don’t seem to appreciate that Covid affected all students, not just those students from poorer communities. “Our community has had some pretty extensive Covid impact that has not been rectified,” she said. The state distributed federal Covid-related education aid (ESSER funds) on the basis of poverty levels but it should have included students with special education needs too, Bucka said. “Twenty percent of our students have IEPs…. Poverty is not the only indicator of harm. Kids with disabilities, affluent or not, were equally harmed.”

He said the town and the school district were requesting the House of Representatives honor the original FY2023 education aid projections, suggesting the state could use federal ARP and surplus funds. Find the full letter here: EG Opposes HFC Education Aid Reduction.

On Tuesday, the R.I. League of Cities and Towns said members were unanimous in support of Nota’s letter.

Rep. Justine Caldwell (Dist. 30) McKee’s office made a mistake and the House Finance Committee uncovered it. “The House has not cut any money to East Greenwich – it uncovered a problem in the governor’s budget and the budget is still giving [East Greenwich] more than last year.”

But, she added, “definitely everybody knows that it’s a big issue for the town and we’re all working to see what remedy we can figure out.”

“Justine and I are having conversations with basically everybody that we can to at least soften the blow. Or find some other way to support the town,” said state Sen. Bridget Valverde (Dist. 35). “We’re running short on time but I am hopeful that we can figure out something.”

Rep. Evan Shanley (Dist. 24), who will pick up part of East Greenwich in November as part of the state’s redistricting, is also working with town and state officials on a remedy.

“I am working with Rep. Caldwell and Sen. Valverde to amend the budget to hold East Greenwich harmless from the effects of the 11th hour formula revisions,” he said. “I have been communicating with Speaker Shekarchi and Rep. Amore [chair of the House Finance Subcommittee on Education] on a daily basis to convey the urgency of the situation and the devastating impact it will have on East Greenwich. I plan on spending the next three days doing everything in my power to fix this mess.”

Shanley said House fiscal staff had pointed out East Greenwich has $3.9 million in federal ARPA money it could use to plug the budget hole.

“It’s good to have as a backup,” he said, “but those funds could be used for something better than plugging a budget hole caused by an 11th hour dramatic change to the state education reimbursement formula.”