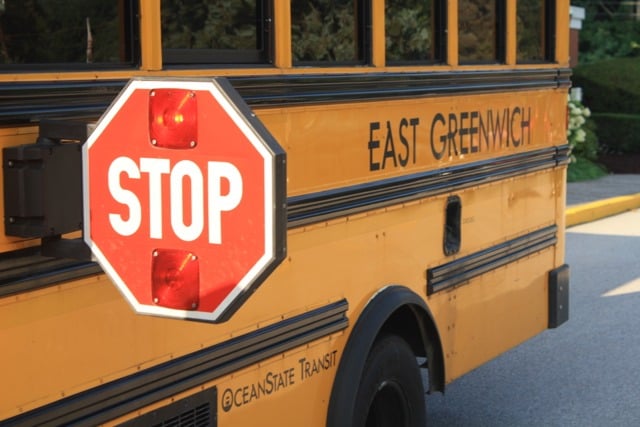 The state Department of Education (RIDE) last week upheld the School Committee’s decision denying the restoration of a bus for Cole Middle School students who live in the Hill & Harbor district. Parent Kim Edge-Ambler brought the appeal, citing inconsistencies in the district’s implementation of the bus policy and saying routes to the middle school were unsafe.

RIDE Commissioner Ken Wagner said Edge-Ambler’s “lay opinions” regarding walking route safety were “insufficient to rebut the contrary opinions of EGPD’s highway and traffic safety expert as well as of the chair of the Transportation Subcommittee, which had conducted an eight-month study of bus safety and efficiency.”

The appeal stemmed from a major overhaul of the school district’s bus transportation system that  rolled out in August 2017. One result: the district started enforcing an already existing transportation policy that limits buses for students within a certain distance from their school.

Under the policy, students who live within 1.5 miles of Cole Middle School aren’t entitled to a bus.

That meant the bus for Hill & Harbor students going to Cole was eliminated. The bus had been added in 2002 after parents voiced concerns about safety.

Edge-Amber and 57 other residents petitioned the School Committee to restore the Hill & Harbor bus in September 2017. Among the points made by the petitioners was that the walking routes were the same in 2017 as they were in 2002. They also argued that 6th graders were now going to Cole unlike in 2002, when Cole had only 7th and 8th grader students.

The School Committee denied that request. Adding back a bus would cost $75,000, according to officials.

Not satisfied with the School Committee’s decision, Edge-Ambler then made a formal appeal to the panel, which was denied last spring. That prompted her appeal to RIDE in June. Commissioner Ken Wagner issued his ruling Sept. 4.

Edge-Ambler said she was disappointed with the decision.

“They’re asking parents to trust, implicitly that [walking to school] is safe, but my research has shown otherwise.” she said, noting the town originally provided a bus for the Cole students in 2002 because of concerns about walking on Kenyon Avenue.

While Edge-Ambler said she understands the cost saving, she doesn’t believe the town can adequately “serve two masters: saving the town money and ensuring safety.”

She added, “Not everyone thinks the route is unsafe so I realize it’s a gray area.”