One Year Later, a Chance to Celebrate Joe Zenga 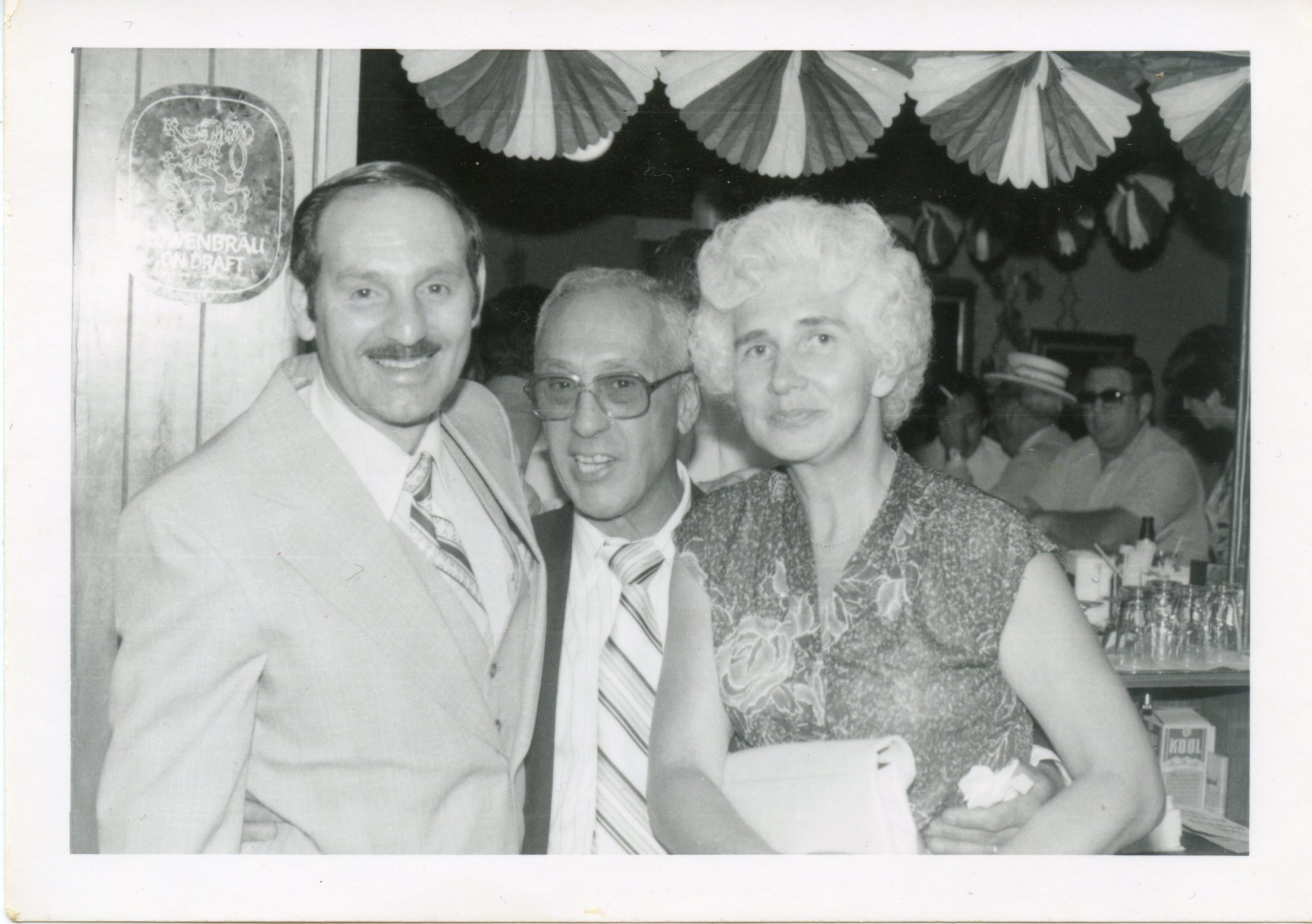 Above: Joe and Ursula Zenga at Zenga’s Restaurant, with friend Tony Victoria. Circa 1980.

One of the hardest things about the past year has been the inability to truly celebrate those who have died. Wakes and funerals have been tiny, especially in the early days of the pandemic. And that’s when, April 9, 2020, larger-than-life Joe Zenga left his beloved Ursula, his four children, grandchildren, and myriad friends for that Zenga’s Restaurant in the sky.

Ursula and Joe in Florida.

The line at Hill Funeral Home would have been out the door and down the street, people said at the time. Instead, it was just the immediate family. Needing to be there, even knowing he wasn’t allowed to be there, was longtime friend and motorcycle buddy Hub Brennan.

“The day Joe was buried, it was dismal out. I knew they were going to be at Hill’s. I rescheduled a patient,” said Brennan, a doctor. From across the street, “I stood in front of the bank with my hand on my heart. I was the only person paying tribute to this giant of a man.”

Joe had that effect on people.

Now, one year later, the town is planning to install a bench on Main Street in front of Cafe Fresco – the former Zenga’s – to honor him in a way people couldn’t last year (see details, below).

Joe was always on the go. Over the years, he bought a number of buildings in town, mainly apartment buildings but also a couple on Main Street. He had dozens of tenants. That’s how Matt Benoit got to know him – Matt moved into a Zenga apartment on King Street in 2003.

One day, Matt saw Joe trying to move a refrigerator out of a cottage behind the apartment building.
“It was 100 degrees that day. I went out there and said, ‘Mr. Zenga, can I help you?’”

“Nah, I do this by myself all the time,” Joe told him.

Matt ended up helping him anyway and that was that, Matt became Joe’s right-hand man helping maintain the properties. He’s still doing it.

“I always called him Mr. Zenga. I shortened it to Mr. Z at some point. It was out of respect. Then the tenants started calling him that,” Matt said. “See what you started, Matt?” Joe told him.

One exchange really stood out for Matt. They were working together in Joe’s garage on Duke Street.

“He handed me a pair of beat up old clippers,” Matt said. They were vine clippers. “That’s all his father brought with him – that and the shirt on his back – when he arrived from Italy,” Matt recalled.

Referring to the life Joe had made for himself and his family, Matt said to him, “You’re the American Dream.”

Even well into his 80s, Joe kept working. “If a tenant called and had a problem with a faucet, he’d go fix it. Most guys at that age are playing golf in Florida. Not Mr. Zenga.”

Another local friend and admirer was convenience store owner Rick Patel. Rick bought the Main Street Convenience Store in 2005 and one day Joe wandered in and introduced himself.

“He was a smart businessman,” Rick recalled. “I would ask Joe about business stuff because I’d moved from another state. I didn’t know all the rules yet. When I needed a plumber, an electrician, I’d ask him. He was always helpful, always helpful.”

Over time, they became good friends. In fact, when Joe decided to sell Sunnybrook Farms across from the American Legion post in 2017, he offered it to Rick.

In recent years, Rick would stop by the Zenga home on Prospect Street to say hello. Joe was still getting out, but wasn’t as ambulatory. Rick just wanted to check on his friend. Rick has even been to the cemetery – St. Patrick’s – to see where Joe is buried.

“He was a good businessman. He was fair,” Rick said.

Billy Guilfoyle moved to town right before his senior year in high school. He’d play basketball at the courts at Academy Field, not far from the Zenga’s house, and he recalled the young Zenga kids.

“My father knew Joe and on Friday nights, he’d go down to Zenga’s and play the saxophone in a pickup band there,” said Billy. His cousin rented a building from Joe. Billy went on to serve on the EG police force and their paths just kept crossing.

“Over the years, you’d see Joe here, there, everywhere. He was like the mayor,” Billy said. After Billy retired from the police, he started playing a lot of golf. One night, after playing, he didn’t feel well at all and his left leg felt impossibly hot.

He ended up in the hospital with a fever of 105 and a diagnosis of cellulitis in that leg. He was at Kent for weeks, facing the possibility he’d lose his leg or worse. Then one day, there was Joe. He’d been at the hospital to see someone else but saw Billy’s name and stopped by.

“I’ve got a good friend of mine … he’s an infectious disease doctor,” Joe told him. Two hours later, that specialist was at Billy’s bedside.

“He prescribed penicillin and I went home the next day,” Billy recalled. “I could have lost my life or at least my leg and because of Joe, I walked out the next day. That’s just the kind of guy Joe was and he’d do that for anybody.”

Hub Brennan agreed, recounting Joe’s 80th birthday party, a large affair at the German American Cultural Society in Pawtucket (Ursula Zenga came from Germany – she and Joe met when he was stationed in Germany with the military).

“Joe went around that room,” recalled Hub. “The German Club was full. He didn’t make it about Joe. He went around that room and identified everybody in that room with a little vignette, their partner or their spouse. He hit every single person in the room from memory. I always thought that represented how much he truly cared about people. Joe didn’t have cursory relationships with people, they were deep.”

Joe Zenga in front of the then EG Town House during a run for the General Assembly in 1980.