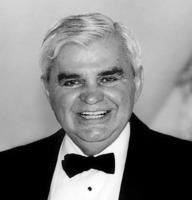 It is with heavy hearts that we share the passing of Thomas P. Dimeo, 91, on the evening of May 18, at the side of his wife and constant companion, Lorraine Sanderson Dimeo, with whom he proudly and gratefully built a wonderful life.

The youngest child of Joseph Dimeo and Levia Storti Dimeo, Tom was born on October 21, 1930 in Providence, RI and spent his early years in Edgewood, graduating from Cranston High School in 1948. For those who knew him, did business with him, and worked side by side with him, Tom was a highly respected leader, role model, supporter, and big-hearted friend to all the lives he touched.

Tom’s inherent values of hard work, humility and kindness were apparent in every facet of his life, both on a personal level, where his sense of humor and gregarious laugh proved infectious to the countless friends, family members, neighbors and strangers he came across, and in his professional career at the helm of Dimeo Construction Company, the family business Tom’s father, Joseph, founded in 1930.

As a teenager, Tom spent his summers delivering water to construction crews and later cut his teeth in the company’s estimating and shop-drawing department while attending Brown University. Immediately following his graduation from Brown in 1952, with little more than a year remaining before the Korean War would come to an end, Tom served for two years in the United Sates Navy as a lieutenant. Among his posts, Tom held his commission aboard the Haskell-class attack transport, the USS Latimer, in the Atlantic Theater. He frequently recalled how the formative experience helped to shape his world view, including his ever-present optimistic perspective of the future and mindset that you can’t change the past so keep looking forward in life.
Following his Navy service, Tom began his career at Dimeo in earnest in 1954 and began leading the company with his brother Joe after their father died in 1961. Under their leadership, Dimeo grew into one of the largest firms in New England, which focused on large commercial construction projects. During Tom’s tenure, Dimeo was instrumental in hundreds of projects ranging from the Boston City Hospital, Independence Wharf in Boston, to Women & Infants Hospital, Providence Civic Center and many projects at Yale, Harvard and Brown University, to name a few.

Tom also founded Dimeo Properties, a real estate services firm now run by his son, Paul, that has helped shape skylines throughout New England, and led the evolution of Chapman Equipment Company, a Dimeo subsidiary, into one of the region’s leading providers of aerial lifts.

Through all of his professional success, Tom never lost sight of the importance of giving back. He was enormously generous with his time, resources and ideas, serving as a director or trustee of Women & Infants’ Hospital, Greater Providence YMCA, Veterans Memorial Auditorium Foundation, National Conference of Christians and Jews, the United Way of Southeastern New England and Rhode Island Public Expenditure Council. He was also active at Rhode Island Hospital, Providence College, Johnson & Wales University, and the Providence Public Library. In addition, The Rhode Island Zoological Society, Rhode Island Philharmonic, Save the Bay, Trinity Repertory Theater, United Arts Fund, Heart Fund, Rhode Island Housing Partnership, and the Episcopal Charities Fund.

Brown University played a prominent role in Tom’s life during his years on campus where he majored in Economics, served in the Naval Reserve Officers Training Corps program, and was a member of Delta Upsilon. Since his graduation, Tom served on the President’s Leadership Council, as a Brown Alumni Marshal, a member of Pacesetters, the Brown Sports Foundation, Brown Navy Club and as a Brown Alumni services volunteer.

Of everything Tom was able to build over the course of his life, from building high profile projects to creating businesses, nothing made him more proud than his family. He was ever inspired by the character and accomplishments of his sons, Paul and Brad; daughters, Lee and Nina; daughters-in-law, Teresa and Kim; and son-in-law, Steven Winoker. Tom could often be found enjoying time with family and friends, from the pool in East Greenwich and beaches in Greenhill and Narragansett, to the ski slopes in New Hampshire & Vermont, sailing Narragansett Bay and the golf courses in New England and Florida. Clubs were also a big part of Tom’s life, with many years as a member and leader at the Hope Club, the University Club, the Dunes Club, Point Judith Country Club, and Royal Poinciana amongst others.

In addition to his wife “Sandy” of more than six decades, his children and their spouses, Tom is survived by his sister, Eleanor Dimeo Bolton, and by his grandchildren, Kevin Dimeo (predeceased), Molly Dimeo, Blakely Dimeo, James Coffey, Damon Coffey, Elliot Winoker and Charlotte Winoker, along with multiple generations of cousins, nieces and nephews.

A private funeral service was held this weekend and a memorial celebration is being planned for later this summer. In lieu of flowers, the family suggests that contributions may be made to Save the Bay, the Rhode Island Zoological Association, RI Philharmonic or the Brown Memory & Aging Program at Butler Hospital.

An online condolence may be left with the Funeral Home HERE.