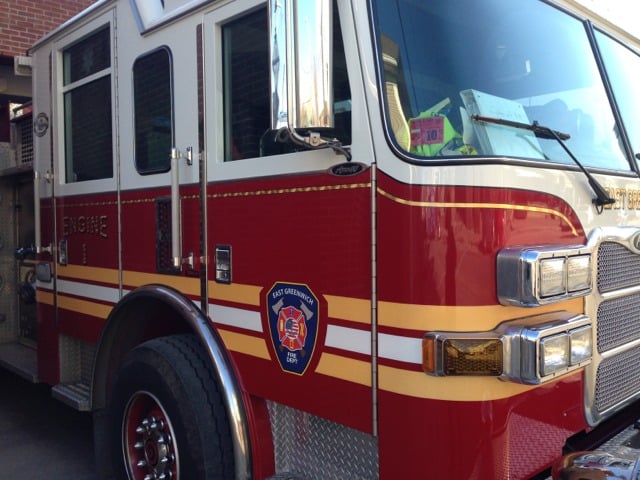 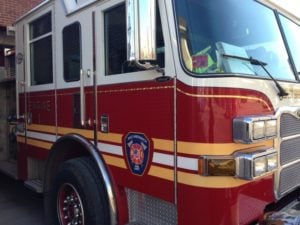 Federal District Judge John McConnell, Jr., has dismissed all claims in a lawsuit filed by Kristen Henrikson against the Town of East Greenwich and EG Fire Fighters Local 3328. Henrikson, chief clerk at the fire department and a member of the union, sued after being denied a transfer to firefighter status.

Henrikson did not return a phone call seeking comment.

Henrikson filed the suit in August 2011, while her husband, Peter Henrikson, was serving as chief of the then-EG Fire District (the separate fire district became a town department in 2013). Peter Henrikson resigned as chief in 2013.

In her lawsuit, Kristen Henrikson said she was improperly denied placement on the firefighter “eligibility list” in 2009, even though she had all the requirements of the position as a transferring employee.

The EGFD, however, refused to allow her name to be put on the eligibility list because it said she must meet additional, firefighter-specific qualifications. Those requirements included a physical performance assessment test, a written exam, a swim test, a ladder test and an oral interview.

Henrikson argued the refusal was a breach of contract and sex discrimination by the town and a failure by the union to represent her in good faith, as well as a conspiracy by the town and the union to deprive her of her civil rights. Judge McConnell rejected all those arguments.

Henrikson’s decision to seek a firefighter position came after more than 10 years as an office worker for the EGFD. In 2008, EGFD needed a new fire marshal. Henrikson sought that position and was told the position was hers upon successfully completing requisite courses. While she was taking the courses, however, Henrikson decided she did not want the fire marshal position, preferring to become a firefighter but she was never placed on the firefighter eligibility list because of her failure to successfully pass the firefighter-specific requirements.

She filed a complaint with the state Commission of Human Rights in March 2010. One year later, the commission determined no probable cause existed to believe that the Fire District had violated state and federal antidiscrimination laws.

“… the Court finds that (a) the Town and Union did not breach the collective bargaining agreement because the agreement allowed the Town to impose additional qualifications for becoming a firefighter and Ms. Henrikson did not meet them; (b) the Union did not breach its fiduciary duty to Ms. Henrikson because it correctly interpreted the agreement and therefore had no duty to further pursue Ms. Henrikson’s grievance and (c) there is insufficient evidence of gender-based discrimination in the record to support any of the civil rights claims.”

O’Connell acknowledged that some municipalities and firefighters have gone to great lengths to keep women out of firefighter positions, but added, “This case however stands out for its lack of evidence of express or implied expressions of animus between the parties and, indeed, Ms. Henrikson has acknowledged that she believes the union took the position it did because of a sincere belief in the correctness of its interpretation.”

He continued, “There is simply a paucity of evidence to suggest that the Town’s and Union’s reliance on the contractual language …  was a mere pretext for a more insidious attitude, or a sham rationale to hide unlawful discrimination.”