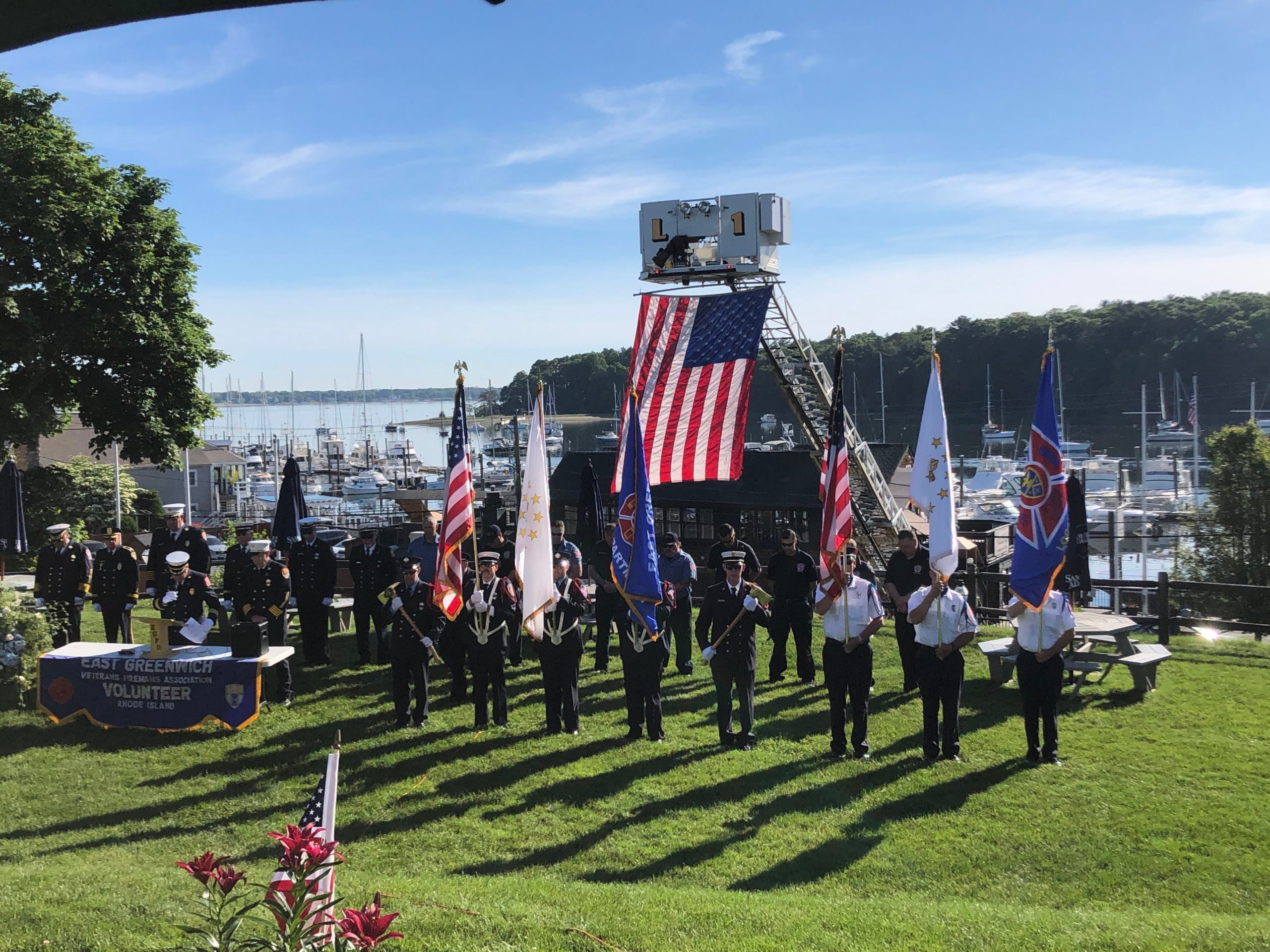 The second Sunday of June is always Firefighters Memorial Service Sunday for the EG Veteran Fireman’s Association, where they pay tribute to all those volunteer firefighters who have died and to the wives of volunteers, who would have to put up with unpredictable and occasionally frightening calls.

“Supper would be on the table and the horn would go off and the volunteers had to go,” explained EGVFA member and retired NKFD deputy chief John Pierson. “We wanted to always remember.” 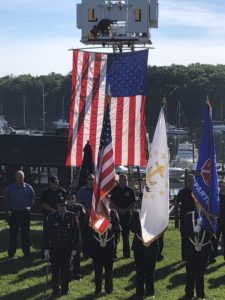 This year, among the women was Clara Daylor, 97 years old, and Diane Bassett, daughter of legendary EGFD Chief Fred Miller.

The ceremony was held on the lawn overlooking Greenwich Cove, with a huge American flag providing the backdrop, as names were read, prayers were offered, songs were sung, Taps was played and the Kentish Guard fired off a 3-volley salute. Back in the day, Pierson said, the EGVFA would rotate the service among the churches in town but 16 years ago, they realized they had the perfect place to hold the ceremony: the Fireman’s Club on Queen Street, which opened in 1974. They serve a full breakfast following the service.

This year was special, with new EGFD Chief Bernie Patenaude, himself a former EGFD volunteer, there to read the Fireman’s Prayer, and a number of EGFD firefighters standing behind him in support. Also in attendance, NK Fire Chief Scott Kettelle.

Learn more about the history of the EGVFA through this video.