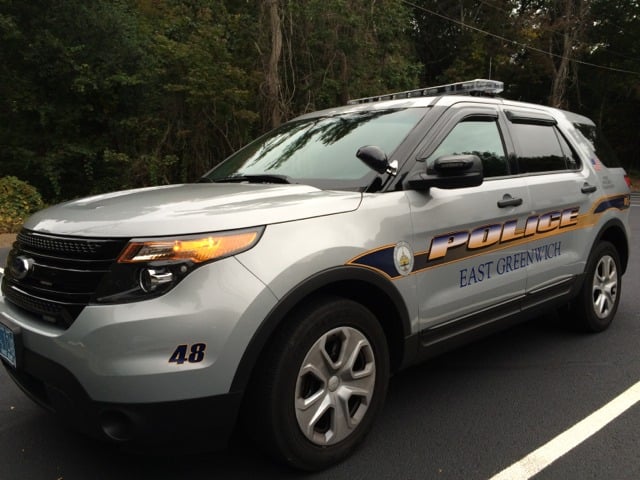 8:52 a.m. – A representative from East Greenwich Little League told police they noticed the concession stand cash box was short $80 last week and that they had noticed money missing in the past but were unsure if it had just been miscounted or had been stolen. He said they were not looking to press charges but wanted the incident documented.

3:16 p.m. – An East Greenwich man told police he feared a threatening phone call he had received in the morning may have been from a man who assaulted him in Westerly two months ago. He said the man, a cousin of his girlfriend, was unstable and he wanted the call documented.

7:07 p.m. – Police arrested a North Kingstown woman, 47, for driving while intoxicated and refusing to take a blood alcohol test after she was pulled over on Post Road because she was swerving. Two people had called police to tell alert them to the potentially dangerous driver. When police went to talk to the woman, she had difficulty finding the arm rest button to lower the window. Eventually, she did find the button and police could smell a strong scent of alcohol with the window open. Police had to ask her three times before she was able to produce her driver’s license. She told police she wasn’t sure where she was coming from in East Greenwich and that she had had “only a couple drink.” She needed assistance walking when she was asked to get out of the car. She failed the field sobriety tests and was taken into custody. At the station, she refused to take the BAC test. She was released into the custody of a friend at 8:30 p.m. with a 3rd District Court summons for the first offense DUI, a R.I. Traffic Tribunal for the BAC test refusal, and three moving violations: for speeding, and two laned roadway violations.

2:42 p.m. – Police arrested an East Greenwich man, 39, for driving with a suspended license after police saw his car parked in a handicapped space at the Dunkin Donuts on Main Street. Police stopped him after he left the Dunkin Donuts. Routine checks turned up the license violation. He admitted both to the suspended license and having parked in a handicapped spot. Police gave him a 3rd District Court summons for the suspension and a traffic citation for parking in the handicapped spot. His car was towed from the scene.

4:03 p.m. – A Warwick woman told police her car was damaged by a pipe extending from the undercarriage of a car passing her on Post Road by Hill Top Creamery. She gave police the license plate number and they contacted the owner, a resident of East Greenwich. The man said he was in the area of Post Road at the time of the incident but did not recall anything falling off his car.

9:45 a.m. – A Kent County Water Authority employee told police someone had tampered with the lock on a fence near a water tank located in the woods off Frenchtown Road. Police noted the lock looked like it had been hit several times with a hard object. The lock remained intact. The fence had last been checked two days earlier, the employee said.

11:51 a.m. – Two residents of London Street told police they were unhappy with some of the activity at the East Greenwich Housing Authority apartments across the street. They said they thought drug transactions were taking place and children of EGHA residents were sitting on their porches and leaving clothing and sneakers on the patio.

4:46 p.m. – Police stopped a car for going 77 mph on Route 4, a 55 mph zone, and found what looked like an assault rifle in the back seat. After clearing the car and searching the occupants, police looked at the rifle, which turned out to be an air-soft gun without the telltale orange plastic ring around the muzzle. Police told the occupants to keep the rifle in the trunk and gave the driver a speeding ticket.

5:49 p.m. – Police arrested a North Kingstown man, 45, on a 6th District Court bench warrant after he was pulled over for changing lanes without using a turn signal while driving south on Route 4. Routine checks turned up the license violation. He was processed at the station, then taken to the Adult Correctional Institutions. A friend drove the car from the scene.