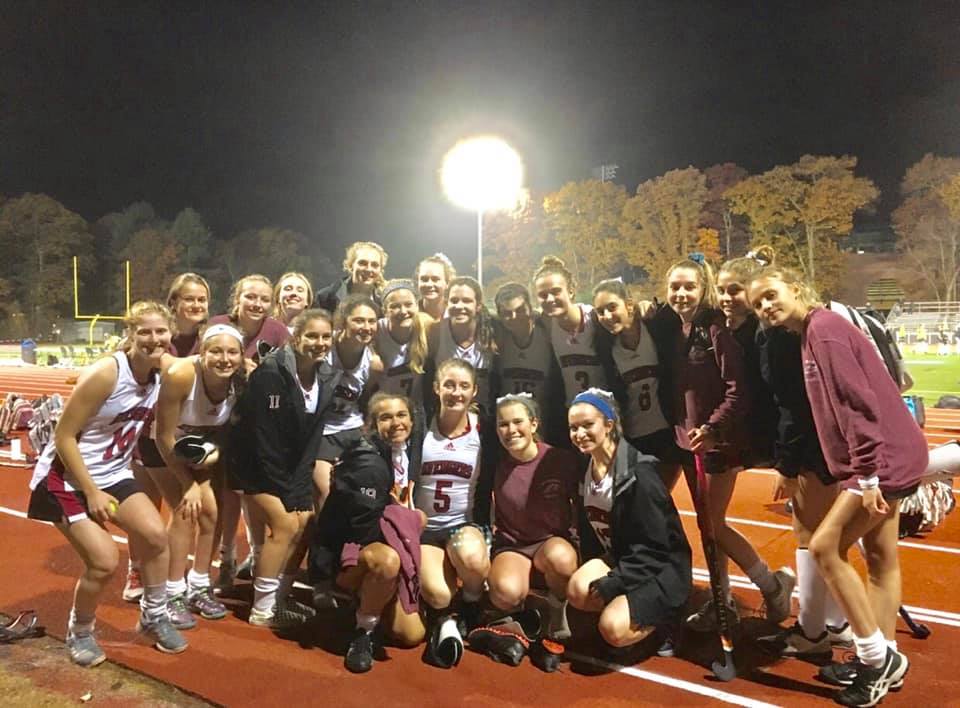 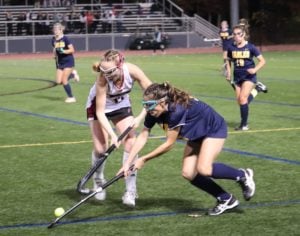 Defender Anabell Stavrand, a senior, scored the winning penalty stroke. Bella Schambers and Isabella Atalay scored in the first half, but then Barrington, defending state champ, came back with two goals in the second half, forcing the overtime. Tough defense by both teams through two overtime periods left them to duke it out in penalty strokes.

Coach Deb McMullen, inducted Thursday into the RIIL Hall of Fame, will be making her 12th visit to the D-1 field hockey state final, with a record of 5 state championships and 9 division titles during her 29 years as head coach. She credits team captains Julia Blessing, Anabel Stavrand, Sabrina Neimark, and Jessie Imbriglio and the rest of the seniors on the team for great leadership this season. 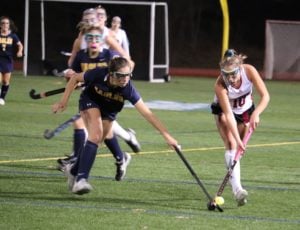 “Julia was first team, all state last year and is our play maker with a hard shot and amazing stick work,” McMullen said. “Anabel is a great defender, quick to release the ball and set up her teammates. Sabrina is our top defender … back there controlling all our defensive situations. Jessie is an experienced and talented goalie, probably one of the best I’ve ever coached. She’s also mentally tough, which is what you need to be in that unique position.”

McMullen credited another senior, Bridget Mason, who plays the left side. “It’s difficult – she’s got some great stick work.” 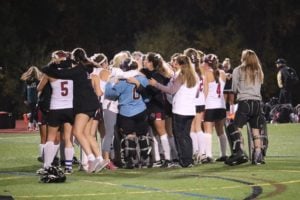 Coach McMullen gives goalie Jessie Imbriglio a hug, along with the rest of the team. Credit: RIIL

She also called out freshman Alex Mega, “the best freshman ever to enter the program and start at center forward,” she said. Mega led the state in points and goals this season.

EG will need all its talent on Sunday when it meets NK. In their two match-ups this season, the teams split the wins, with North Kingstown handing East Greenwich its only loss.