With an eye toward September, the School Committee Tuesday discussed draft policies on field trips, fundraising and student activity accounts in the wake of the R.I. Dept. of Education advisory opinion last month prohibiting parent fees for any school-related field trips. This even as the new education commissioner appears to be trying to clarify the advisory opinion in the wake of statewide concern.

RIDE’s Commissioner Angélica Infante-Green, who took over from Ken Wagner less than a month ago, inherited Wagner’s answer to a question that was posed by the EG School Committee late last year over whether or not parents should be expected to pay fees for trips at a public school, where the education is supposed to be free.

Wagner issued his opinion days before he departed. Infante-Green’s email to districts indicates an understanding that Wagner’s advisory left some questions:

Over the past few weeks, I have received many inquiries regarding my predecessor’s April 10, 2019 guidance letter to East Greenwich on the funding of field trips. While we have addressed – and will continue to address – these questions, I am working with my team to ensure the field has a clear understanding of this guidance. To that end, I would like to hear from you about specific questions you may have regarding field trips and the April guidance letter. Please send your specific questions to [email protected] by May 24, 2019, for consideration.

On Tuesday, one question the School Committee said it wanted answered was what exactly constitutes “district resources,” which Wagner’s advisory said could not be used for trips not organized by the district. Does that mean the EGHS Model UN Club or the Cole Ski Club can’t hold meetings after hours at school, for instance? Can information about such activities be shared using school or district email lists?

Other questions that need to be worked out focus on fundraising, including what will happen with the money raised.

“We need to get clarity on the extent to which funds held in student activity accounts may be used to supplement programmatic offerings, including field trips,” Committeewoman Anne Musella, who heads the policy subcommittee, said via text Wednesday. If a Meadowbrook parent, say, were to donate $50 at the beginning of the year, “that $50 could potentially be deposited into the MFS student activity account or sent to the district’s finance office to be held in a special activity account, assuming the donor is clear that the funds are for MFS.”

The challenge with that, she said, is that such a conditional gift would have to be properly accounted for and allocated to MFS. That’s not hard for one or two gifts of this type, but would be a much more cumbersome administrative burden on the district’s finance office if there are hundreds and hundreds of such targeted gifts.

While these sorts of logistical hurdles remain, one sentiment from School Committee members was clear: the district plans to continuing all the trips it has offered in the past – but would pay for them through a new funding mechanism, rather than with parent fees.

“Neither RIDE nor the School Committee has suggested doing away with all field trips – ever. The RIDE advisory opinion was clear that the district cannot charge fees, but can fundraise. We are exploring the full range of permissible funding mechanisms – so that the funds that were received as fees will instead be received as voluntary contributions through fundraising,” Musella said. “Instead of cutting multiple checks for my two kids throughout the school year, I’ll be able to just write one larger check for each of their schools, knowing that it will cover all field trips for the year. For my Hanaford student, that one check would be roughly $35 – for the entire year. Certainly it’s more complicated for middle and high school students, but we are exploring every option.” 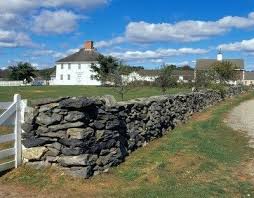 Casey Farm in Saunderstown is a field trip destination for elementary school students.

Musella said a low rough estimate of what parents in the district paid for field trips last year was $250,000. The cost picture is very different for the elementary schools compared with EGHS and Cole Middle School, where some trips are overnights. The parent contribution at Hanaford and Eldredge last year was $8,000 (per school), while the Cole Washington D.C. 8th grade trip alone cost parents more than $100,000 and only a third of the 8th grade class went on the trip. (Because of the cost and low participation, the School Committee did not approve the Washington D.C. trip this year. It was taken up and reorganized by parents completely independent of the school.)