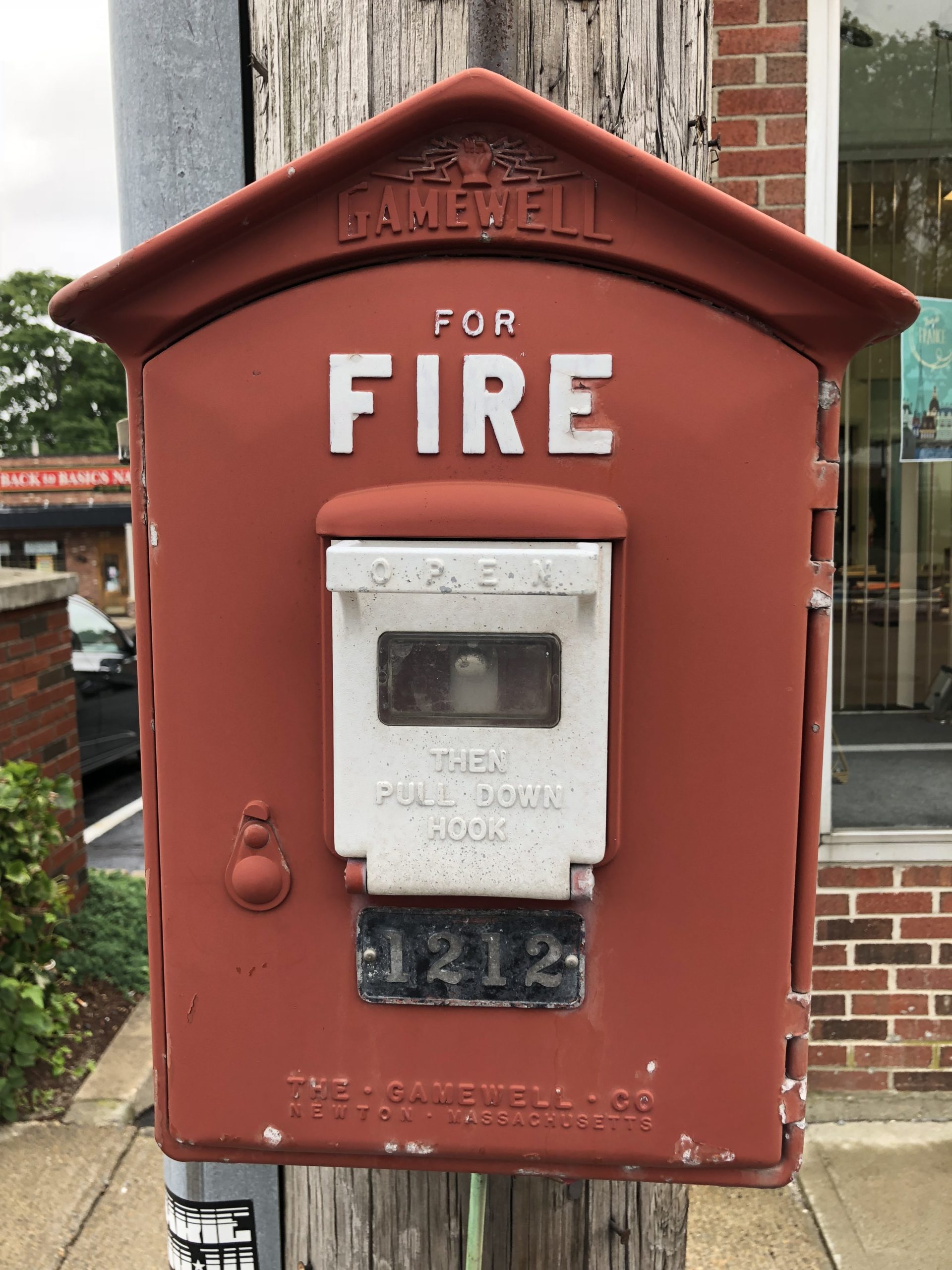 Deputy Fire Chief Peter Henrikson said last week he thought it was time the town got rid of the red fire alarm boxes found on streets around town, especially since nearly half of them don’t work.

He will present the issue to the Town Council at its meeting Monday, Aug. 27.

There was a time when street alarm boxes served an important role – as well as a object for pranks by bored kids. These days, however, the ubiquitous cell phone has replaced street alarm boxes as the fastest way to notify the fire department of an emergency. In fact, the red boxes have become almost invisible in our community. Not to fire officials, however. Dep. Chief Henrikson said he decided to check all the boxes (there are 93, he said) after noticing one on Woodbridge Drive covered in black tape. He said he found 48 percent of the boxes in town were out of service, nearly all of them west of South County Trail. Those boxes have since been tagged as “out of service.”

To be clear, street boxes are not so-called “master boxes,” the alarms in buildings like schools, churches, and larger stores and office buildings. Master boxes must be tested four times a year. There is no such requirement for the street alarm boxes.

The fact that street alarm boxes weren’t working wasn’t news for fire officials. Parts of the network have been out of service for years. Former Fire Chief John McKenna said in an interview last week that several boxes have been out since as far back as 2006.

The problem? This is a wired system and the wires west of South County Trail are underground. As they’ve corroded, those boxes have stopped working. Digging up the wires to fix them would be difficult and expensive, said Acting Fire Chief Kevin Robinson.

Robinson lives in Massachusetts and was formerly chief in Marshfield, Mass. He said that town eliminated the wired alarm system back in the 1970s, going to a radio system.

Warwick and North Kingstown have both eliminated their street alarm boxes. East Greenwich is in the process of moving to a wired system for its master boxes.