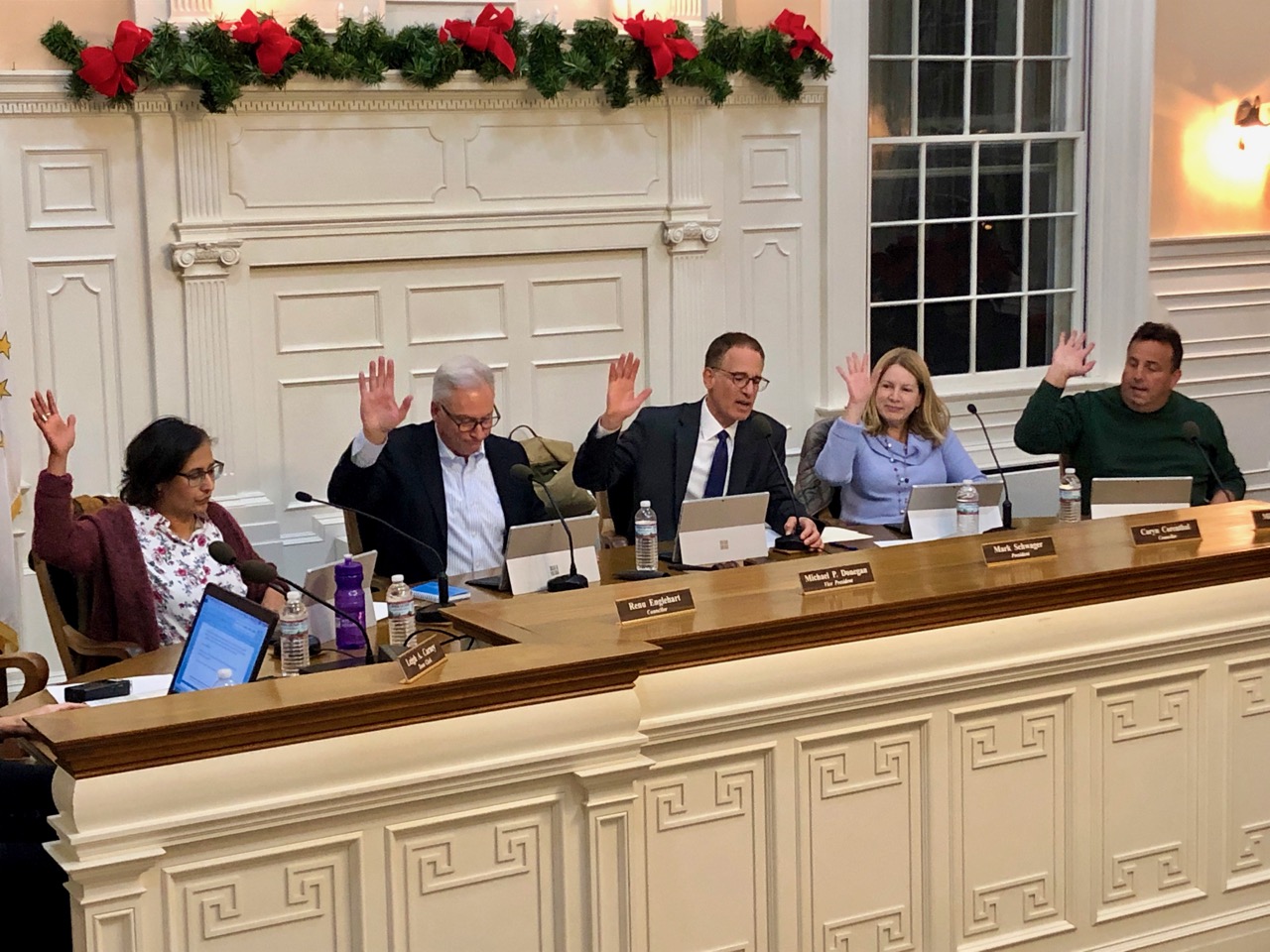 In a special meeting Thursday night, the new Town Council convened in Council Chambers at Town Hall for the first time and in short order dismissed David D’Agostino as town solicitor then voted in Ursillo, Teitz and Ritch as his replacement. Votes on both actions were unanimous.

Andrew Teitz will serve as the named town solicitor. His partner, Mike Ursillo, was the solicitor of record for Thursday’s meeting because Teitz had a previous commitment. Ursillo said he and the rest of their five-attorney firm will be on call to staff meetings as necessary. D’Agostino did not attend the meeting but was praised by Town Council President Mark Schwager for his willingness to help during the transition.

In answer to why the solicitor position was not put out to bid, Schwager said there was no requirement to do so and that Ursillo, Teitz had been appointed by the previous council almost two years ago to represent the town on planning and zoning issues.

“We are proposing to expand their engagement letter to provide legal services to the town,” said Schwager. The law firm is paid $195 an hour currently but that will change Jan. 1, going to a retainer fee as has been the usual practice. D’Agostino received a monthly $11,500 retainer fee for fiscal year 2018 and $15,000 a month for the current year.

Before the vote on Ursillo, Teitz, Councilors Mike Donegan and Renu Englehart said they had each had excellent experiences with Teitz. Donegan was chair of the Planning Board until the election and Englehart served on the Zoning Board until earlier this year, boards Teitz worked with in 2017 and through June 2018. 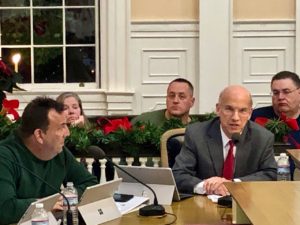 Ursillo, Teitz represents four other Rhode Island municipalities: West Greenwich, Barrington, Bristol and South Kingstown. It has served West Greenwich since 1984 and the other three communities since 1995.

“We pride ourselves in giving nonpartisan … advice,” Ursillo said, noting they had worked with many different Town Councils over their years in those four communities.

He then offered a brief overview of the Open Meetings Act requirements, including when councilors must recuse themselves (if they have a financial interest in the issue or a business or family relationship with the applicant), and prohibitions on both rolling quorums (say, if the council president talks to one member at a time about an issue), and “reply all” emails between councilors. Ursillo also noted that, as far as the state ethics code, nepotism extends all the way to an elected official’s step first cousin.

Schwager said there also would be a more extensive workshop session on the Open Meetings Act in coming weeks.

He also said Thursday was the last day for acting Fire Chief Kevin Robinson, who resigned earlier this week after 10 months in the interim role, and that Deputy Fire Chief Peter Henrikson had resigned, effective Saturday, after six and a half months on the job. Schwager said he had spoken to Capt. Thomas Mears about taking over as acting fire chief on Saturday – the Town Council will be voting on that appointment that day.

Schwager mentioned the council had received a letter from the School Committee outlining a request for a supplemental appropriation. He said he hoped to have that on the agenda at the next council meeting, Dec. 5. The School Committee is requesting $696,000 in additional money this year, based on findings from the programmatic audit received in September, and set a deadline of Dec. 14 for a response from the Town Council.

The Town Council also addressed a variety of more typical council issues, including the renewal of town victualing and liquor licenses, which expire Nov. 30. In past practice, the council renewed licenses for all entities up-to-date with local and state taxes, and granted other entities a 30-day grace period to continue operations through December, if their tax situation was less clear.

Ursillo said other municipalities usually hold to the Dec. 1 deadline with regards to taxes but said the EG council could act as it saw fit. The council ended up renewing licenses for up-to-date businesses and granting extensions through Jan. 14, the date of the council’s first regular meeting in 2019.

East Greenwich News exists as a community resource. It will be better and stronger with your support. Click on the Donate button below to keep local journalism alive and strong.