School Committee: Council Has Until Dec. 14 to Respond to $700K Request 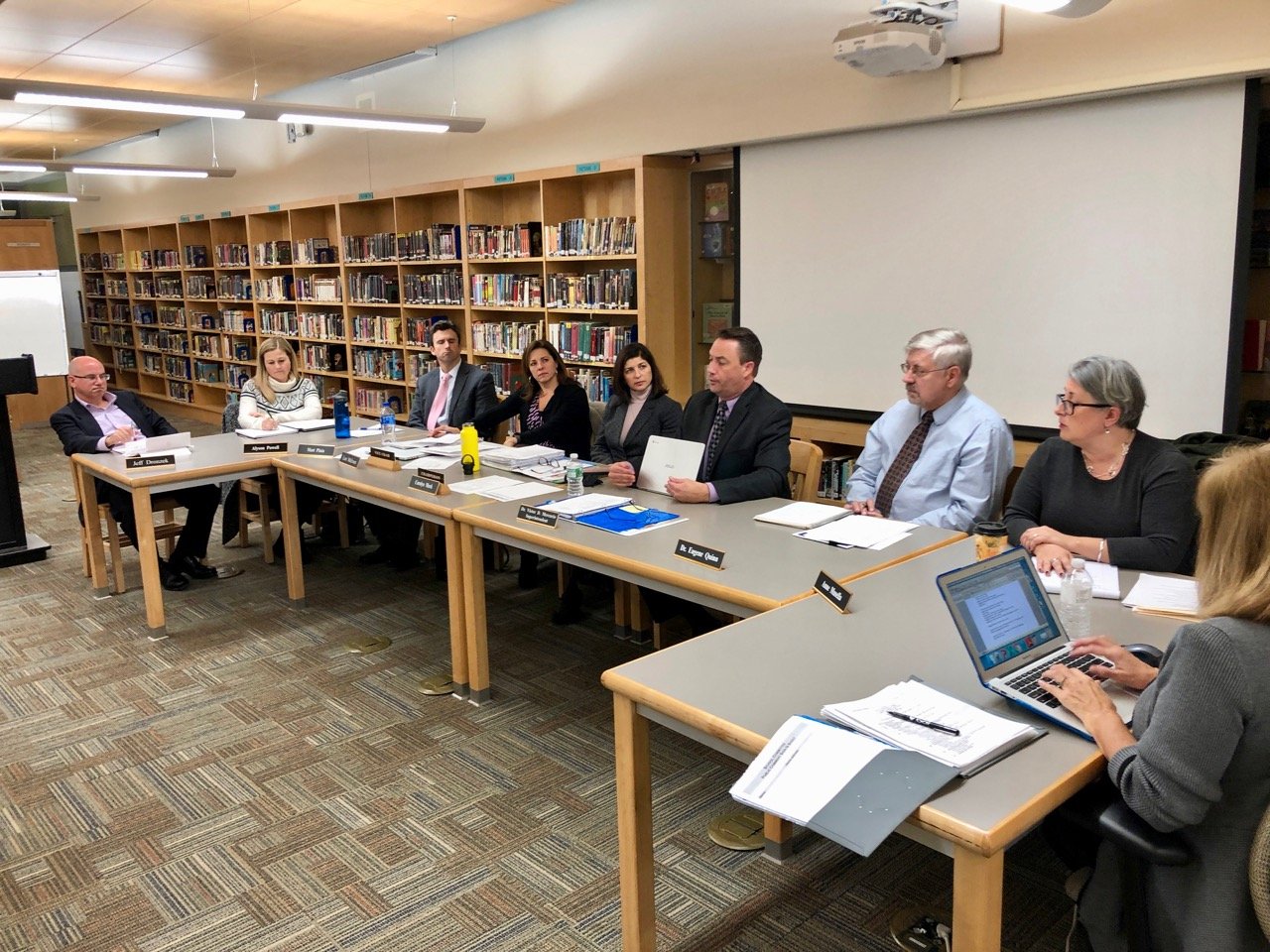 In their first meeting since the election of three new members (and one returning member), the School Committee Tuesday took a hard line on the need for additional funding from the town, setting Dec. 14 as the deadline for the council to respond the committee’s request for an additional $696,000 to fund the current year. 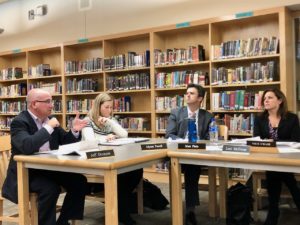 The decision comes as the Town Council has four new members and the town and schools are without a finance director. It is another step in the process that began with the schools’ programmatic audit completed in September that found them underfunded by $1.2 million (following two budget years when the schools got significantly less than the School Committee had requested from the town).

After its waiver request to the state education commissioner was denied in October (see the waiver request here – Waiver Request – and the commissioner’s response here – RIDE response), the School Committee sent a letter to the (now previous) Town Council requesting a $696,000 supplemental appropriation.

On Wednesday, Chairwoman Carolyn Mark explained they were only asking for that amount and not the $1.2 million because the amount was specific to this fiscal year, of which five months have already passed.

“We prorated based on the fact that we’re almost halfway through the year and, at least with respect to staffing, would not be in a position to spend it all. However, the full amount will have to be discussed and vetted during the budget process within the context of what we will need for fiscal year 2020,” she said via email.

At the meeting, committee member Matt Plain spoke strongly about the need to keep moving forward with this request, regardless of the Town Council’s recent electoral upheaval and the the new members’ campaign rhetoric about the need to adequately fund the schools.

“These are urgent things,” he said. “We understand that the town is not in a particularly advantageous position to weigh in on these things, but we need to proceed. It’s unfortunate where everybody is but we need to do this.”

He cautioned against inaction in deference to the need for the new council to get its footing, since that could adversely affect the school district during litigation. The argument has been that the schools have an urgent need for additional money. If they can wait for the Town Council, then just how urgent are those needs?

Plain said he thought school funding would have been on the Town Council’s agenda for its first real meeting Thursday night.

“I’m surprised that’s not there. If it’s not on next week, I’ll be even more surprised,” he said.

“It looks like one of their first orders of business is their solicitor,” said committee member Jeff Dronzek. “So it’s possible they’re not going to have the conversation when they don’t even know who’s going to be their solicitor.”

“I’m sure there’s lots of explanations,” said Plain. “I’m just saying I’m surprised it’s not on there. We can’t wait for them because we want to play nice in the sandbox. We can always have those [settlement] discussions, but we have to proceed in an appropriate manner.”

They also determined subcommittee assignments, which you can find here: 2018-20 School Committee Assignments.

The committee meets next Tuesday, Dec. 4, in the library at Cole Middle School at 7 p.m.