Cally Duncan knows how to pick a bar stool. She’d tell you it happened to be the only available seat at McKinley’s that night in 2017, but with Duncan, it just couldn’t have gone any other way. Which is to say, Cally Duncan and East Greenwich were meant to be.

The match was hardly predictable. Duncan grew up on a dairy farm about an hour outside of Calgary in central Canada. But, unlike her three sisters (all teachers in her hometown), she had wanderlust. After getting a degree in accounting, Duncan decided to pick up and move to Australia in 2013, where there is a shortage of accountants so she could sponsor herself. There, she fell in love with the ocean. And a guy named John. John was a marine engineer with a plan to go to the Bahamas and buy a boat and sail around. Three weeks after meeting, they’d decided to buy a boat together, even though neither of them was an experienced sailor (although John’s marine engineering background came in very handy).

They found a boat that happened to be in East Greenwich. With John still working, Cally, then 27, flew over to close on the boat and start the work of preparing it for their grand voyage.

“Rhode Island is so beautiful to fly into,” Duncan said.

She needed to get the rigging on the boat changed and she needed to buy a dinghy. The boat was on a mooring at the EG Yacht Club, so that first day she wandered into nearby McKinley’s during the afternoon to see if they had wifi so she could hunt for a dinghy online.

A dinghy, you say? It just so happened there was an unused dinghy behind the waterfront bar. “You can have it,” she was told. And oars too. Duncan said she could pay for it but they said, “No, take the dinghy.” So she decided the least she could do was return that evening to spend some money on dinner.

While McKinley’s during the daytime had been quiet, the nighttime was different.

“It was pumping, filled to the rafters,” Duncan recalled. “There was only one seat at the bar.”

That one seat was next to Cindy and Bruce Bialy. 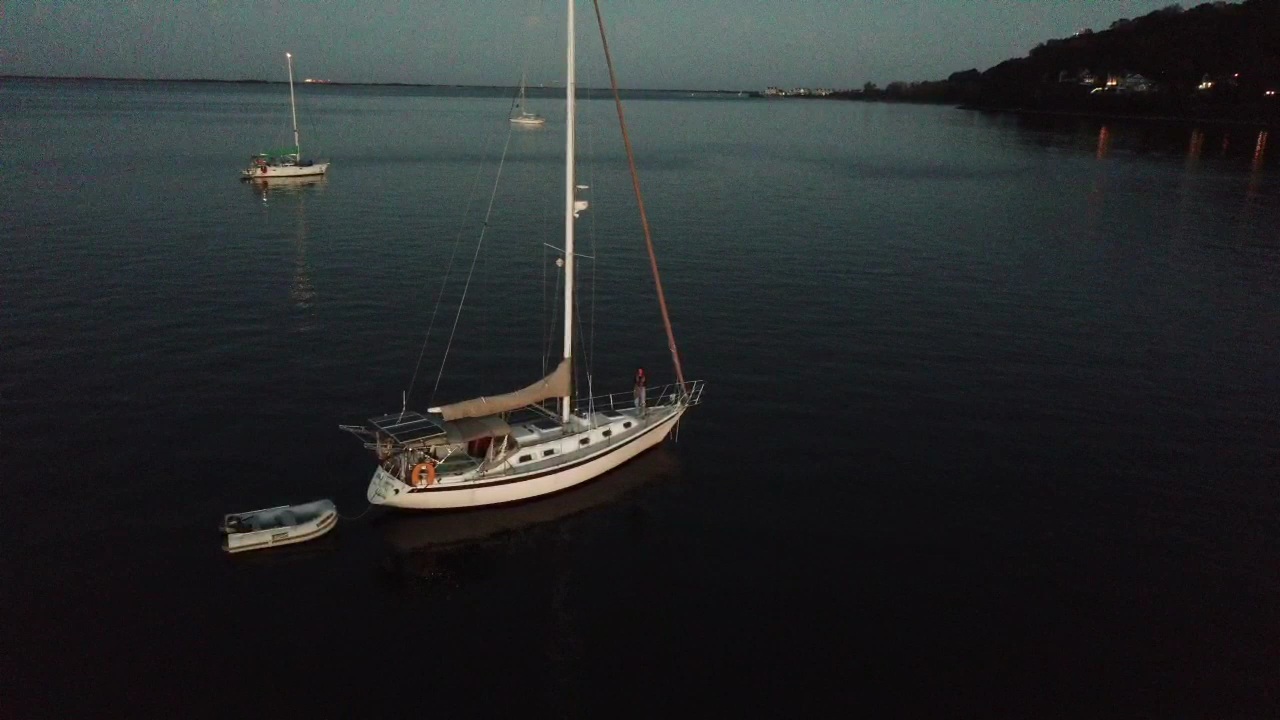 The Windfall III in Greenwich Cove.

The Bialys, who live on the Hill in East Greenwich, had earlier that day seen their 27-year-old daughter off on her move to Australia. And now here they were chatting with 27-year-old Duncan, who had just arrived from … Australia.

“Fancy that coincidence,” recounted Cindy Bialy, who said Bruce had suggested dinner at McKinley’s because she was so sad about her daughter’s departure.

Before much time had passed, the Bialys were inviting Duncan to stay with them while she prepped the boat. After all, they had the room. She’d found a place at couchsurf.com, but the next day she took the Bialys up on their offer.

When John arrived a week later, he moved in too. By October, the couple was ready to head south – they even left. But the boat had other ideas. Steering issues arose off Long Island and they ended up limping into Montauk.

“It was already mid-October and we didn’t have time to fix the steering and get down south,” said Duncan. “We decided to bring it back to East Greenwich.” 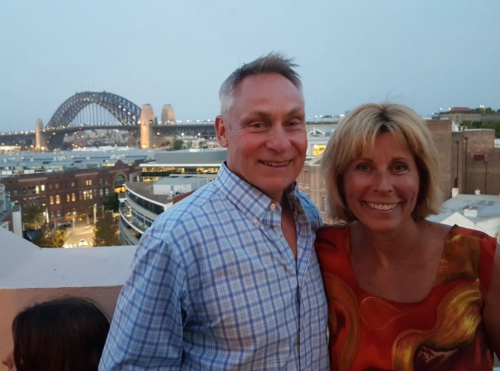 Bruce and Cindy Bialy, Cally’s “EG parents,” in Australia in 2018, where they visited not just their own daughter but Cally too.

They left the boat there and returned to Australia to earn some more money, planning to try again in 2018. When they returned in 2018, they knew what the boat needed.

“We spent three months living with the Bialys doing a huge fit out for the boat, top to bottom,” said Duncan. “In retrospect, we were so much safer. I don’t know what we were thinking the first time.”

“Both John and Cally are the type of people that you feel an instant connection with and want to get to know them better and spend a lot of time with,” Cindy explained. “They both were incredibly hard workers, working all day on the boat, coming home exhausted, but always happy to cook dinner.”

Over those three months, Cally and John met more EG residents. One neighbor led to another and to another.

“So many locals adopted us that year,” said Duncan.

By the time they were ready to head south, there were lots of people to say goodbye to.

“It was an amazing going away party,” Duncan said. Todd Stang, a neighbor of the Bialys and a Lutheran minister, did the blessing of the boat. Another neighbor, Alan Shoer, played guitar.

“It was just the best send off ever!” said Duncan.

The couple sailed together for a year but then decided to split up. They sold the boat in Grenada in July 2019. John returned to Australia; Cally stopped back in EG for a couple weeks then went to Canada for a visit. She returned to Australia in September, resumed her old job at a small accounting firm in Manly Beach in New South Wales. But by February she was ready to head out on the water again, this time with a friend aiming to sail across the Pacific on a Lagoon 440 catamaran.

This is Part One of a two-part story. Find Part Two HERE. 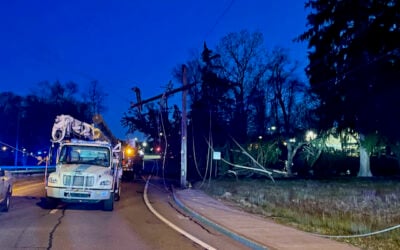 Above: At 8:30 Tuesday night, power was largely restored, but National Grid was still dealing with...