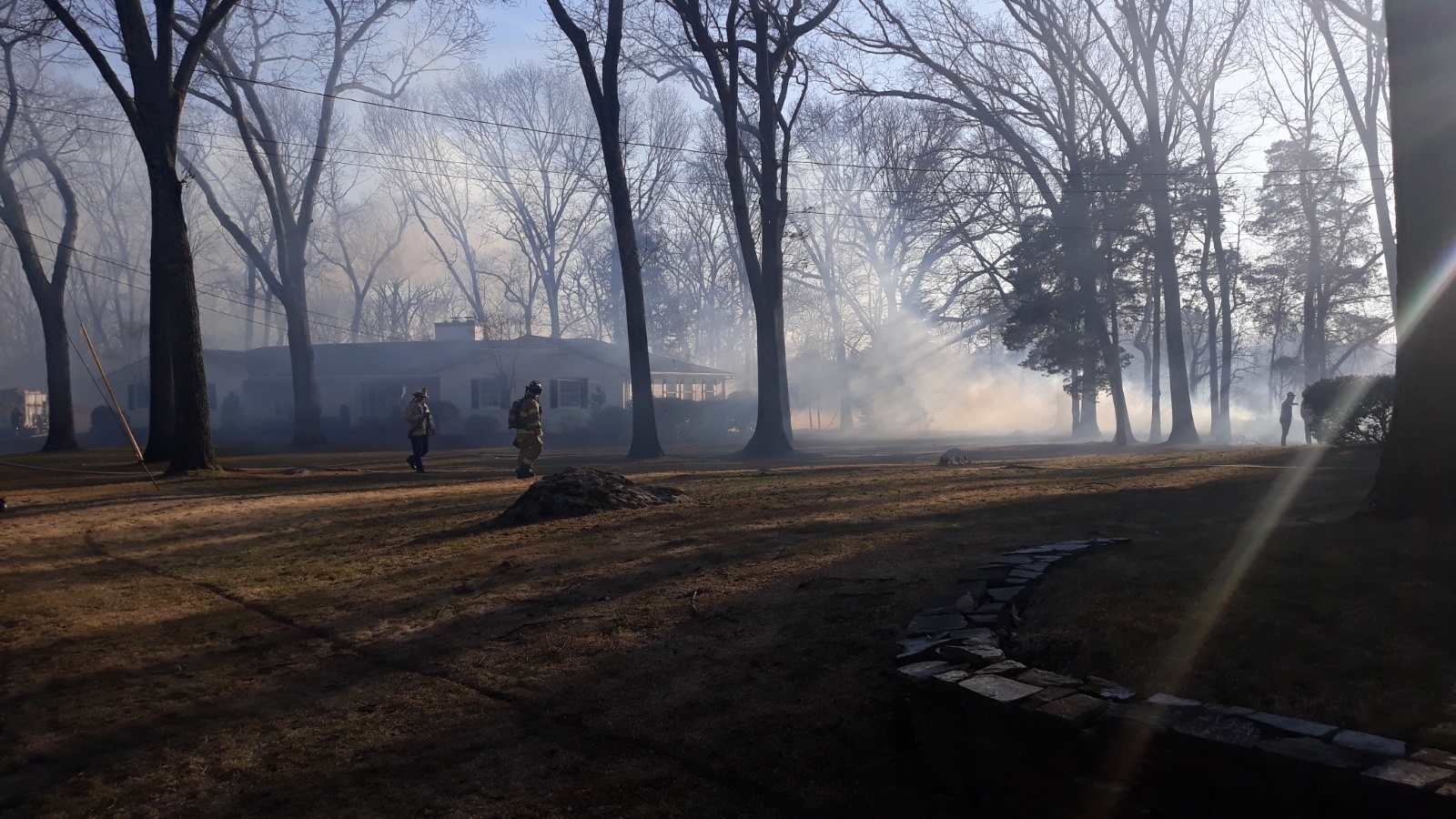 Above: Sunday’s brush fire came with 50 feet of at least one Tamarack Drive home. Photo by Chuck Ranney

Fighting the fire between Avenger and Tamarack drives.

Editor’s note: This story has been added to since it was first posted.

A brush fire that started along Route 4, jumped over Avenger Drive and was making its way to Tamarack Drive was stopped Sunday afternoon by firefighters from East Greenwich, Warwick, North Kingstown and Coventry. The blaze burned roughly 5 acres, fire officials estimated.

According to Capt. Joe Richardson, the ranking EG fire official at the scene, the four fire departments worked well together. He said the combined effort help to stop the fire before it was able to reach any of the houses that line Tamarack Drive. One witness said the fire got as close as 50 feet to one house.

“It was a credit to all involved,” he said.

“We started going up Avenger Drive and there was so much smoke,” Collier said. “We started to see the fire. We had 911 on speed dial.”

The fire trucks first drove to the east side of Route 4 – where the brush fire had begun. By then, the flames were heading toward Tamarack.

“People’s backyards started to catch fire but that’s when the firefighters started to get control of it,” said Collier.

Brush fire season typically runs from March 15 to May 15, fueled by remaining dead leaves, so this is a little early, possibly due to the relatively snowless winter.

A line of fire in the distance.