Above: The Imperial, a 38-unit development planned for the vacant land behind the American Legion post on Main Street.

The Planning Board approved two housing developments Wednesday night, a 38-unit complex known as The Imperial on Greenwich Boulevard and a 96-unit all-affordable complex on South County Trail.

Both developers were able to apply for a “comprehensive permit,” which provides a fast track through the town’s approval process by consolidating everything before the Planning Board. The state allows comprehensive permitting for developments that will provide 20 percent or more affordable housing units in an effort to reward such proposals and increase the overall number of affordable units. 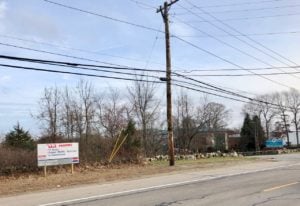 What will be the entrance for Brookside Terrace on South County Trail.

By state law, municipalities are supposed to have 10 percent of their housing stock in the affordable category. East Greenwich’s affordable percentage is 4.6 percent. To reach 10 percent, East Greenwich would need to add 290 units, according to HousingWorksRI. (Affordable housing is not the same as low- to moderate-income housing. Rather, for home ownership, it is calculated to serve people who make less than 120 percent of the median income for, in this case, Kent County.)

The Imperial, which is planned for land behind the American Legion post on Main Street, will be comprised of one- and two-bedroom condominiums, 10 affordable units and 28 market rate.

Brookside Terrace, which is proposed for land behind and between Ocean State Veterinary Specialists and the Lifespan Medical building. As an all-affordable development, it is by far the largest seen in East Greenwich since the building of Shoreside Apartments on 6th Avenue, an East Greenwich Housing Authority property. It will be comprised of one-, two-, and three-bedroom rental apartments targeted to people with Section 8 vouchers. The comprehensive permit process does not allow the Planning Board to consider the impact on town services (including schools). Rental units, also, are not subject to town-imposed impact fees. So it is not yet known what impact these developments will have on EG schools. The school district is conducting a demographic study of East Greenwich and is in touch with the town’s Planning Department.

Both projects are at least a year out from any finished units. Read more about Brookside Terrace here. 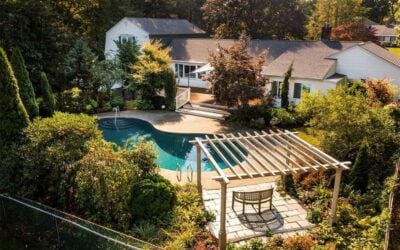