The Odeum Hits Its Stride 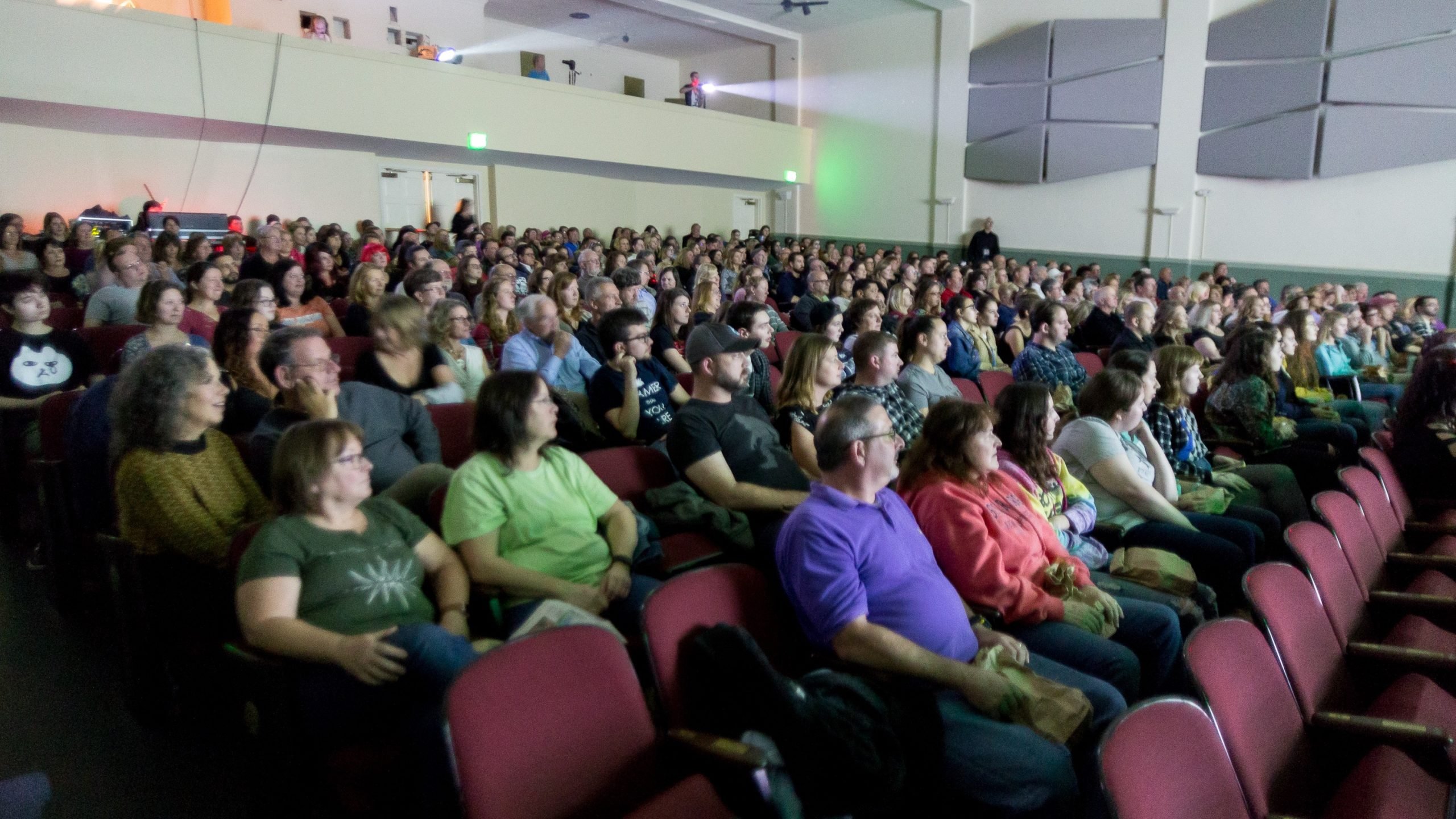 It was sprinklers – the lack of them – that closed the Odeum back in 2007 following the disastrous Station Nighclub fire. Now it’s sprinklers – installed last month – that are a sign that the Odeum theater has emerged as a serious performing arts space, right on Main Street in downtown East Greenwich. 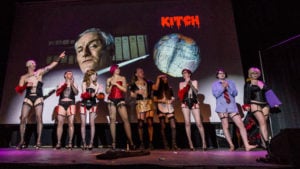 The Rocky Horror Picture Show at the Odeum.

Fire officials approved the Odeum’s new sprinklers the morning of Oct. 20. That night, the theater was showing the cult classic The Rocky Horror Picture Show. With the sprinkler system approved, suddenly the theater could reopen ticket sales – the state fire safety board had capped the number of people who could attend movies at the Odeum at 200, well shy of its 410 capacity. That day, the theater sold an additional 70 tickets, and the fire safety board approval meant the theater’s bar could open too. (Without sprinklers, the state had prohibited alcohol sales and had limited attendance for movies but not for live music performances at the theater.)

Beyond the symbolism, the sprinklers were just one more step in an ongoing effort to update and improve the theater, thanks to capital grants from the state Council on the Arts (RISCA) and the Champlin Foundations.

RISCA has awarded grants to the Odeum for the past two years. The first year covered renovations to the theater’s lobby, and making the bathrooms ADA compliant. The sprinklers were started too – while the ceiling was open the indoor plumbing was installed. This year’s grant from RISCA covered what Odeum board president Dan Speca call “safety and convenience” fixes. The sprinklers were hooked up to the water main on Main Street and a lift to the second floor was added, bringing the theater into ADA compliance. The lift allows the balcony to be reopened, adding another 80 seats to the theater’s capacity. But the second floor needs work and the Odeum board is hoping RISCA will fund a third grant in 2018 to fix it up, adding bathrooms and a gathering space. 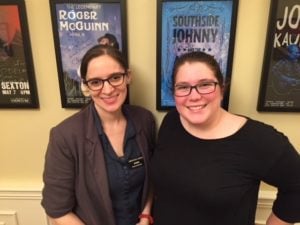 Meanwhile, the theater now has two full-time employees, production manager Molly Pritchard (EGHS Class of 2009) and general manager Shana Vanderweele Ortman (who comes to the Odeum from San Francisco’s Great American Music Hall), as well as a handful of part-time employees. Along with the theater’s board – as a nonprofit it’s run as by a board of directors – many volunteers help out too. Volunteers have been played an important role since the Odeum first opened and Dan Speca said new volunteers are always welcome. 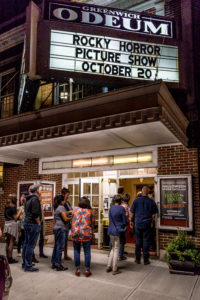 Meanwhile, the theater keeps booking (and renting – you can rent the theater!). Last spring, Judy Collins performed to a sold out crowd with her still-amazing voice. Upcoming shows include Darlene Love and Aztec Two Step in November and Hot Tuna in December, as well as an intimate new concert series called Odeum Onstage, where performers and the audience will share the stage. Only 60 tickets will be available for those shows, the first of which features Richard Barone Dec. 7. The theater’s next big movie event is a showing of The Last Waltz Nov. 21, about The Band’s remarkable last concert.

“It’s all about the shared experience,” said Speca. That and the array of dining options on Main Street turn a night at the Odeum into a real night out. Speca says patrons are always telling him how easy it is to see a show at the Odeum, especially patrons from East Greenwich.

“Once you come to a show, then we’re on your radar and you come back,” Speca said.

If you want to stay up to date with Odeum offerings, sign up for their weekly email (scroll down to the bottom of the page).