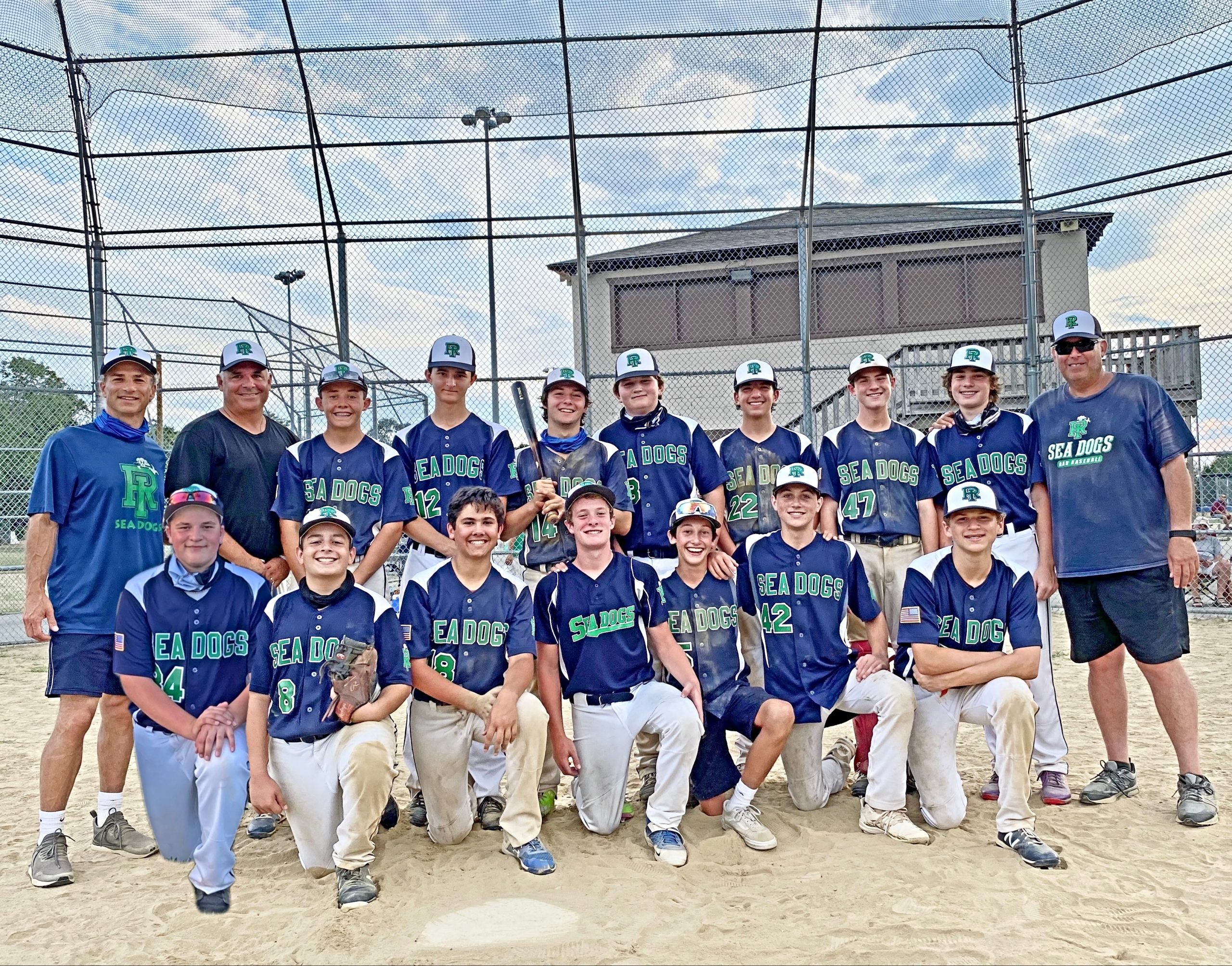 For most of us, the summer of 2020 will go down in the books as weird and sometimes annoying (#thanksCOVID). But for the Rhode Island Sea Dogs, an AAU under-14 baseball team, it will be remembered as the year they won a New England championship. And they did it through teamwork.

The team, comprised of boys from East Greenwich, North Kingstown, Warwick and Coventry, was coached by Jim Butera and Mark Fay of East Greenwich and, this past year, Bob Downey, of Coventry (who happens to be the EGHS baseball coach).

“When we started the team, we had the idea of just staying with the kids and trying to work with them and practice and get better and better, and not cut anyone,” said Butera recently. “After the first couple years, we moved up to the higher tier. We had some losing seasons but the parents really believed in the team. They knew these kids were a good group of kids and they believed in that idea, of keeping the kids together and having them grow together. Because of that, they got better and better.”

That said, Butera also credited Downey’s arrival and a few new members with the team’s championship.

“We probably couldn’t have won the regional championship without some of the kids who joined the team and Bob Downey joining last year,” Butera said.

Team leader Ryan Fay, a freshman at EGHS who was on the team for the past five years, said the championship win felt great and he said he appreciated the lessons he’s learned.

“I like how baseball’s a team game and everybody has to come together to win a game. You can’t win a game with one person. You could have a really good pitcher and he could do really good but everyone has to contribute. It’s a very tough sport, but it’s just fun – it’s very much a team sport.”

Many members of the Sea Dogs are still playing together, but in a new age group, with the Makos. And they will play for different high school teams. But that family feeling … it persists.