State Championships Ahead for Girls Tennis, Field Hockey, U. Volleyball 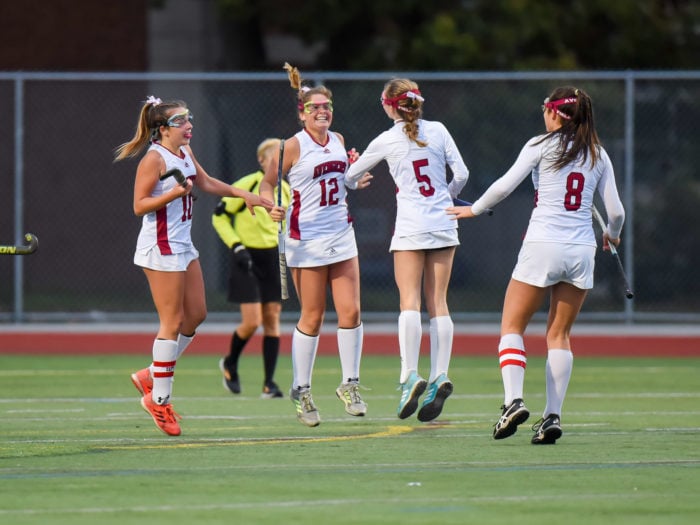 Above: Field hockey players celebrate Thursday after Jillian Prior (12) scores a goal in the semifinal game against La Salle. From left, Alex Mega, Jillian Prior, Olivia Prior and Madison Kavanagh. Photo by Chuck Nadeau (cnadeau.com).

The Avengers are on a roll, with state championship games Monday, Tuesday and Saturday – Girls Tennis, Field Hockey and Unified Volleyball, respectively. And that means fans in the stands are needed.

The Girls Tennis team is up first, playing La Salle at Slater Park in Pawtucket at 5 p.m., after beating Barrington Thursday, 4-3. They go into the championship with a near-perfect record, their two losses to La Salle, 6-1 and 5-2.

Next up is the Girls Field Hockey team, which meets Moses Brown Tuesday after a 2-1 win against La Salle Thursday. They will play at Cranston Stadium at 5 p.m. During the regular season, EG beat Moses Brown twice, 3-0 and 2-1.

The third state championship comes Saturday, when the Unified Volleyball team meets Bishop Henricken in the final at La Salle at noon. The two teams have each won once in their meet-ups this season. 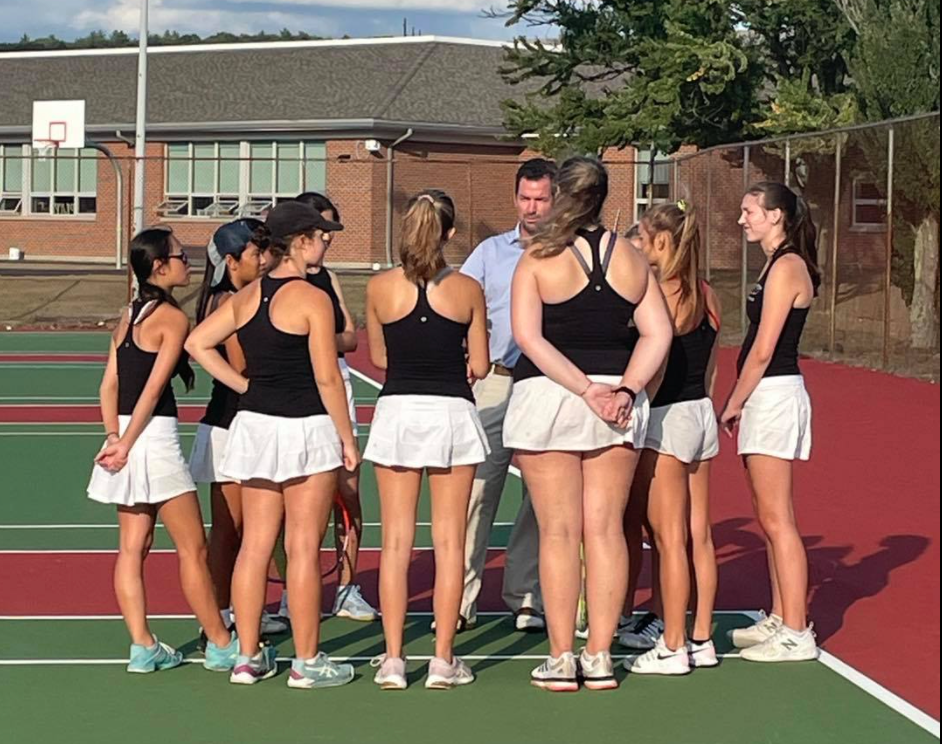