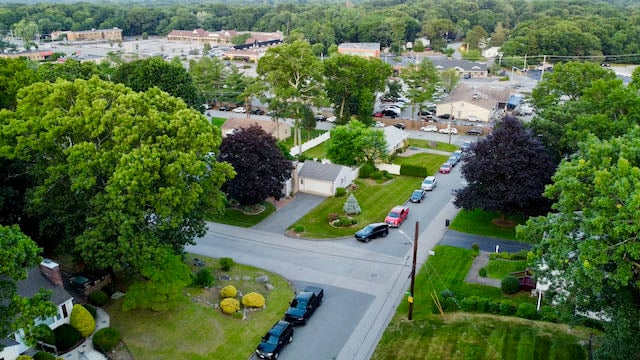 When Providence Oyster Bar opened on Post Road in May, it marked a small shift southward from the hub of restaurants in downtown East Greenwich. Many in town (and beyond)  have welcomed the new eatery but some of the challenges felt by downtown residents are now being felt by residents who live in the neighborhood behind POB – namely parking woes. And they aren’t happy about it. 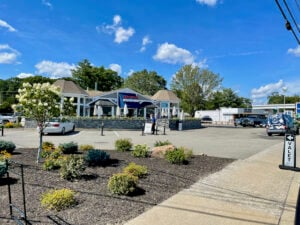 The former occupant of 5707 Post Road was Sweet Twist, a gift and candy store. The store was popular, but it turns out the traffic for a popular restaurant compared to the traffic for a popular gift store is significant. POB has 49 parking spaces in the lot that surrounds the restaurant. The restaurant offers free valet parking with the idea of stacking cars to be able to maximize their lot space. But not everyone wants to deal with a valet service, so they park on Grand View Drive or Eugene Street instead. The result during summer weekends has been cars parked on either side of those streets, forcing walkers, cyclists, even baby carriages in the street between the lines of cars (there are no sidewalks in the neighborhood).

“This has always been a nice quiet piece of East Greenwich,” said Anna Giuliani, who lives on Grand View at Eugene. “We don’t want to be an overflow parking lot for the restaurant.”

But, as she and others have learned in recent months, there is nothing illegal about parking on both sides of Grand View. The police have only taken action when cars have parked too close to a corner or even on a corner.

For the restaurant’s part, they have been following the zoning regulations. They had no comment about the parking situation but EG News has learned the restaurant leases parking several spaces at Saint Elizabeth’s across the street for employees.

Many employees also park on the east side of Eugene Street, across from the house Juan Espinal bought one year ago.

“I lived on Main Street for five years,” Espinal said in a recent interview. “I had a chance to buy the condo where we were living but I didn’t. I have a 14 year old and we wanted a neighborhood.”

Since the restaurant opened, not only have there been cars, but the cars have been driving faster, Espinal said. “I don’t let my daughter ride her bike around,” he said. 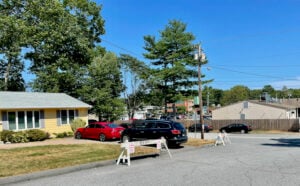 Police barricades on Grand View are there as a stop-gap measure while town officials consider how to ease parking woes.

“DPW and the police are looking at that area,” Town Manager Andy Nota said. The town has erected temporary no-parking barricades on a couple of parts of the street. He noted the balancing act between being supportive of a local business and the pressures that business is putting on a neighborhood.

“We hope to be back before the council with a new ordinance, probably restricting or limiting parking on one side of Grand View,” Nota said. “I think that will provide significant relief.”