Town Cracks Down on Dogs Off Leash at Scalloptown 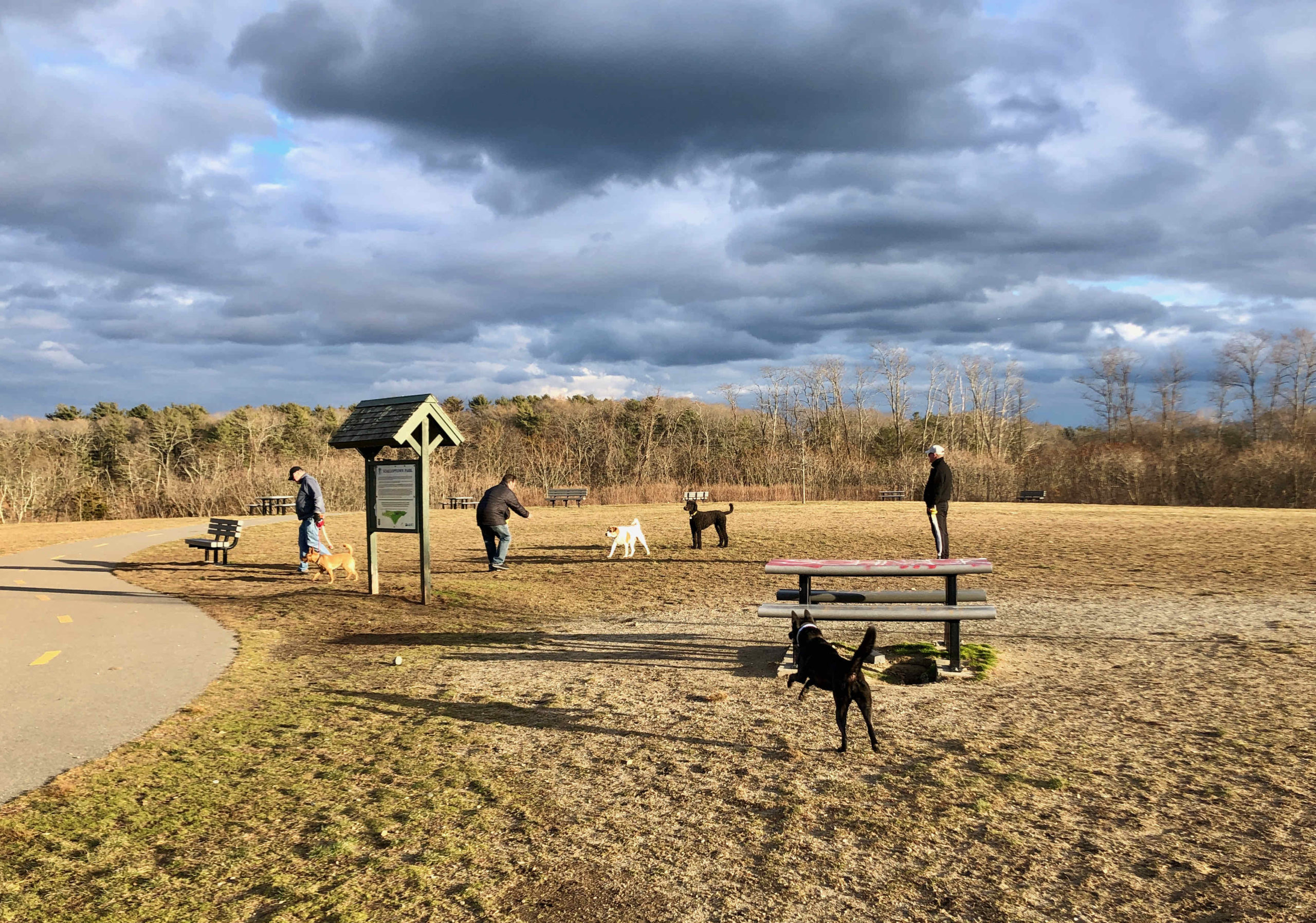 Scalloptown Park is not a dog park. That particular fact has not dissuaded many dog owners from bringing their dogs there and letting them run off leash for exercise and camaraderie. In fact, in recent years it has become the unofficial dog park of East Greenwich. There’s easy parking, beautiful views of Greenwich Cove, and usually a dog or two or three or more for your pooch to play with.

But some people complain, either those without dogs who feel or are threatened by off-leash dogs or some people with dogs who don’t appreciate the free-for-all. And town workers complain many owners do not pick up after their dogs.

In recent days, police have been upping their patrols of the park and either warning dog owners to put their dogs on a leash or citing them.

Town Manager Andy Nota said he understands why people enjoy bringing their dogs to the park, which sits at the end of Rocky Hollow Road and is actually a capped landfill – the home of the old town dump. But, he said, “because of the environmental impact it will never be able to be a dog park.” He was referring to the potential contamination of the cove from excessive dog waste. “It’s not an appropriate site.”

In addition, according to Public Works Director Joe Duarte, it would not be possible to install the necessary fencing there because of its status as a capped landfill.

On Friday afternoon, there were a few people at the park with their dogs, including a North Kingstown man named David who said he came because Scalloptown was one of the best dog parks around. But he also knew it wasn’t a real dog park. “I think they’re supposed to be on leashes here, aren’t they?”

He said he liked coming here because it was closer than the South Kingstown dog park and his dog gets a lot of exercise off the leash. There is a dog park at Quonset in North Kingstown but, David said, “it’s too small.”

Town Manager Nota is well acquainted with the South Kingstown dog park, having worked on it “from square one” during his tenure with the SK Parks & Recreation Department. That park is about the size of a baseball field, he said, and it has different sections for small, medium and large-size dogs.

He added, “I think there is a need in East Greenwich for a dog park.”

But there are steps that need to be taken first, first of among them identifying a location, ideally one that’s already got water service and electricity. (The South Kingstown dog park, because of lighting, has nighttime hours.)

“We need to get out of COVID,” Nota said, before the town can focus on a dog park. In the meantime, he said he hoped dog owners would “meet us in the middle” – respect leash laws and pick up after their pets.

“Care for your pets and care for others’ safety,” he said.

If you are interested in helping establish a dog park in East Greenwich, resident (and School Committee member) Tim Munoz would like to hear from you. Contact him at [email protected]