On Sunday morning, Nov. 28, in the 9 o’clock hour, one of EG’s residents fired up his gasoline-powered leaf blower. After an unusually noisy and stressful week, a different EG resident – yours truly – decided enough was enough.

I grabbed my coat and hand-held decibel meter, and went for a little stroll around the corner. There he was – around the corner and a number of houses down, walking his loud gas blower around his front yard – a neighbor whom I’ve never met. I casually walked by, glancing at my decibel meter. The reading was 80 decibels. I walked on for a bit, turned around, and doubled back, walking by again. I glanced down at my meter again: 81 decibels.

According to the CDC, exposure to noise between 80 and 85 decibels results in “possible damage to hearing after 2 hours of exposure.” The decibel scale, like the Richter scale used to measure earthquake magnitude, is logarithmic, which means that “a sound at 20 dB is 10 times more intense than a sound at 10 dB. Also, the intensity of a sound at 100 dB is one billion times more powerful compared to a sound at 10 dB.”

As I mentioned in Part 1, the noise ordinance for the Town of East Greenwich states that the maximum permitted noise level from 7 a.m. to 10 p.m. in any residential district is 60 decibels. It provides no exception for lawn maintenance equipment.

To his credit, the neighbor was wearing industrial ear muffs to protect his hearing. I had my hands to put over my ears. Perhaps we both knew that gas leaf blowers are loud enough to injure their operators. Unfortunately, I have yet to encounter an operator who cares about protecting the hearing of anyone not engaged in using targeted, fossil-fuel-generated wind to move biodegrading plant matter 40 feet.

I acknowledge, I could have waved down the neighbor and attempted to introduce myself and have a civil conversation with him. Why didn’t I? I was angry. I was anxious. I did not have the patience I otherwise might have had, mostly because it was loud as hell, and I just wanted to get home and away from the racket.

I returned home, took a number of deep breaths, and called (401) 884-2244, the East Greenwich Police Department’s general, non-emergency, phone number. (I cannot stress this enough, DO NOT CALL 911 for non-emergencies.)

“Hello. My name is John Paulhus. I live at (address x). I need to report a noise complaint. A gas-powered leaf blower is currently being operated at (address y) at over 80 decibels.”

“You have a noise meter?” said the EGPD dispatcher.

“Yes I do,” I said with pride and confidence.

“We’ll send someone out,” said the dispatcher.

“Thank you very much,” I said.

“Well that’s that,” I thought. Curious to see the response, I kept an eye on the street adjacent to mine. After a little while, an officer arrived at (address y), and the gas blower noise stopped. I returned to my peaceful Sunday morning.

Then my doorbell rang. It was an East Greenwich Police officer. I opened the door. “Hello!” I said.

This was the gist of what transpired:

EGPD: Did you phone in a noise complaint?

EGPD: The noise ordinance does not apply to lawn equipment, it only applies to music on the waterfront.

Me (big inhale): I disagree with your interpretation of the ordinance. There are two sections. One covers the town in general. The other covers the waterfront.

(I posted the language of Section A of the ordinance in Part 1. You can find the entire ordinance, including Section B – which covers amplified sound limits specifically near the waterfront – here.)

EGPD: You should address your concerns at a Town Council meeting.

Me: Ok, I might do that. So, there’s nothing you would be able to do right now about noise blasting from lawn equipment in a residential neighborhood on a Sunday morning?

Me: Uh, ok. Thank you for your service.

The officer departed. I went back inside. The leaf blower around the corner started up again. I was as frustrated as ever. Surely that was only one officer’s misinterpretation of the ordinance? Surely the town was not taking the official position of ignoring enforcement of an ordinance on the books?

In the days that followed, it would become clear that the town was taking the official position of ignoring enforcement of an ordinance on the books.

“Surely you can’t be serious?” 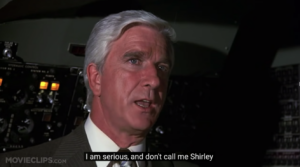 I decided to channel my frustration by emailing Town Council President Mark Schwager and Town Manager Andrew Nota. I wanted to get their takes on the situation, which I described like so:

“I don’t see any language in the ordinance that excludes residential lawn equipment from the noise ordinance, and I am concerned that the EGPD is selectively, subjectively creating such an exclusion. Or, they are refusing to enforce the ordinance.

“Either way, the EGPD’s response is unacceptable, and I ask you to address and remedy the issue.

Yes, I should have said, “please.”

The next day, Monday Nov. 29, around 12:45 pm, I heard a sound that I could only imagine was being made by a swarm of murder hornets experiencing air rage. It was coming from the same general area that I had complained about the day before. Now on-mission, determined to get confirmation of EGPD’s noise response position, I again grabbed my decibel meter and my coat, and stepped out for a stroll.

Nearby, I heard and saw a full commercial landscaping crew using enough gasoline-powered equipment to stage a backyard remake of Mad Max: Fury Road. They had two gas-powered leaf blowers, one riding lawn mower, and loudest of all, one fast-moving, stand-up, riding thingy that seemed to be displacing leaves, but I could not identify it. I did not have my copy of The Audubon Society’s Guide to North American Commercial Landscaping Equipment.

I looked down at my decibel meter 60 feet away from the pre-tinnitus ballyhoo. The display read 88.5 decibels.

I returned home and called EGPD’s non-emergency line, reporting the address of the noise. EGPD’s dispatcher said they’d send someone out.

The dispatched police officer drove by the address I reported, and parked the cruiser on the street in front of my house. The officer rang my front doorbell. A few houses away, “Immortan Joe’s Landscaping” continued their furious assault on fallen leaves with no decrease in volume. I opened the door. It was a different officer.

EGPD (with no hint of humor or irony): What seems to be the problem?

(My jaw dropped. I pointed both of my hands in the direction of the blaring lawn equipment.)

Me: They’re operating at over 85 decibels. The noise ordinance limit is 60.

EGPD: The ordinance only applies to waterfront music.

This time, I was prepared. I had printed out the ordinance, and highlighted the specific lines in Section A that defined maximum permitted noise levels in residential zones between 7 a.m. and 10 p.m. I handed it to the officer.

EGPD: We don’t enforce the ordinance against lawn equipment.

Me: Lawn equipment is not listed in the ordinance exceptions.

EGPD: We do not enforce the noise ordinance against landscapers.

I didn’t understand how 85 decibels was allowable when the limit was 60. If Mötley Crüe had been playing an impromptu concert a few houses down – as awesome as that might be – I’m sure the EGPD would have shut it down. Gasoline-powered leaf blowers and their operators, however, seemed to be attaining some kind of weird, aural, diplomatic immunity. What to do?

I again emailed Town Council President Mark Schwager and Town Manager Andrew Nota to get them up to date on the situation.

Later that afternoon, I received an email message from Council President Schwager: “I’d like to do some review on this issue with our town manager and solicitor so I can give you a solid response. Will be in touch by the end of the week.”

“Well that’s something,” I thought.

It wasn’t, as I quickly learned from a subsequent email response from Town Manager Nota. We had a lengthy, unfruitful email exchange. His final position was, “I will not be directing the police department to change their response to this activity at this point in time or consider such direction until this matter can be further vetted with the Town Council, professional staff and community members at-large.”

I eventually received a phone call from Council President Schwager. It was courteous, yet ultimately inconclusive. Without recourse or remedy to the daily noise bombardment, my last option was to attempt to persuade the entire Town Council to take action. So, I showed up to the Monday, Dec. 13 Town Council meeting, and spoke for the opening public comment, recounting the events of recent days and alerting them to the intricacies of the noise ordinance, then said:

“If the Town Council wishes to change the noise ordinance, they may proceed with their process to do so. If that is inevitable, I hope the town moves toward a phase-out of environmentally harmful, gasoline-powered lawn maintenance equipment in favor of electric equipment – or even good old, inexpensive, virtually-silent rakes and tarps.

“But, in the meantime, as the noise ordinance says in 152-1, ‘Excessive noise is a serious hazard to public health and welfare and the quality of life in the Town of East Greenwich. Each person – EACH person – has a right to an environment reasonably free from noise which jeopardizes health or welfare, or unnecessarily degrades the quality of life.

“…. Please, enforce the noise ordinance as it is written.”

As of the day I write this, Wednesday, Dec. 15, the noise ordinance remains unenforced. You can probably figure out how I know that fact. Will the Town Council take action at their next meeting? I hope so. Perhaps the spring 2022 cleanup season will deliver a quieter experience than the fall 2021 season. We shall see. It’s up to each of us to stand up for our right “to an environment reasonably free from noise which jeopardizes health or welfare, or unnecessarily degrades the quality of life,” and I hope you do your part. If excessive lawn maintenance noise is an ongoing problem in your neighborhood:

Thanks for reading. Happy holidays.