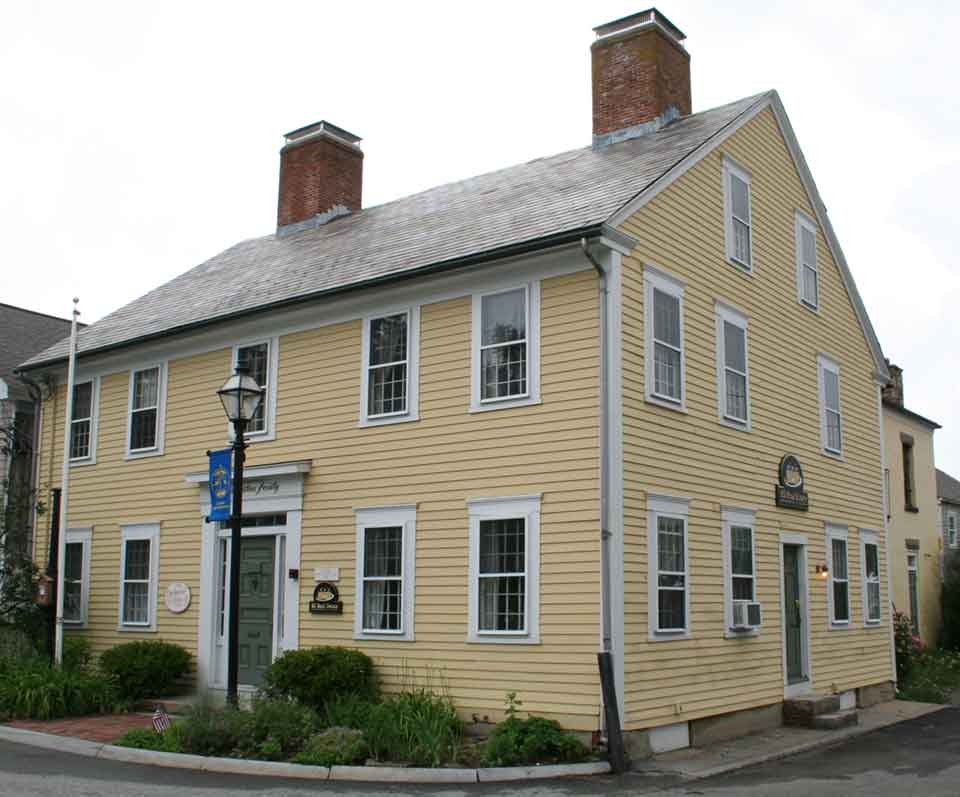 The old yellow-painted jail at the bottom of King Street will soon be looking for a new guardian. Since fall, the East Greenwich Historic Preservation Society (EGHPS) has been interested in selling the Old Kent County Jail building, which the society has safeguarded since June 1976. In the January edition of the EGHPS Packet, president Virginia Schmidt Parker wrote that a previous poll of the society’s membership indicated unanimous consent to let go of the building, due to the society’s “fundraising difficulties and the lack of a tenant for the downstairs office.”

At the Oct. 26 Town Council meeting, members expressed interest in finding a way for the town to buy the building. Councilors Mark Schwager and Renu Englehart were appointed to work with the EGHPS on possible options. It won’t be an easy task – the likely high cost of the building and its maintenance, as well as its limited commercial use in a parking-less location, means that a long-term plan for its use would have to be set first. The town officials have not yet met with EGHPS members.

The Old Kent County Jail has been a key part of East Greenwich for centuries. The current building was built in 1795 and served as a state jail until 1957, when it became town property (read about one of the jailers HERE). The old jail was the second building saved by the actions of EGHPS, which formed after the magnificent old Town Hall was demolished by the town in 1964 to make way for a parking lot.

But old buildings are expensive to keep up. The need for several hundred thousand dollars of repairs, the building’s lack of accessibility – the meeting room is up a flight of stairs – and members’ desire to spend their efforts on public education rather than the upkeep of a single building, have all led the EGHPS to decide to let the building go.

In preparation, the society has been working with the nonprofit Preserve RI to create an easement to protect the building. The easement would prevent any buyer from demolishing it or modifying its external facade though the building is already protected as a part of the East Greenwich Historic District.

The future life of the Old Jail building is uncertain, but it will likely be decided in the coming months. The January note in The Packet ended by saying, “[EGHPS] will likely put the building on the market as soon as [it receives] the appraiser’s document.”