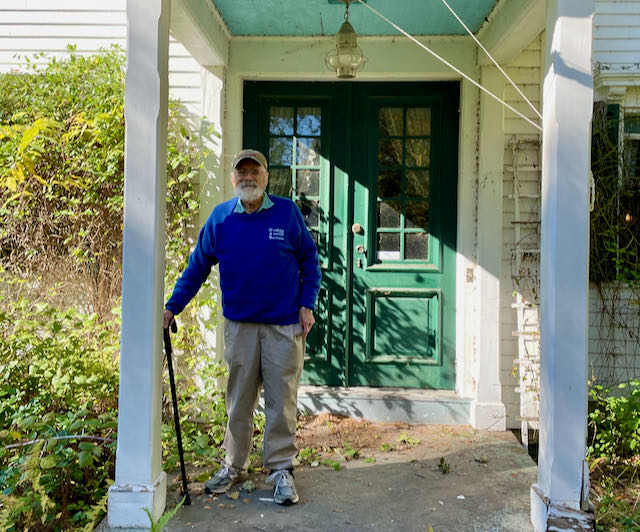 Above: Tom Greene in November.

Tom Greene, one of the last living descendants of Nathanael Greene, died last week. Peter D’Abrosca worked for Tom as a boy. This is his remembrance, which first appeared on the website American Greatness.

Often considered the right-hand man to George Washington, Greene, from humble beginnings, won the South in the Revolutionary War. A Quaker with no formal education, Greene was appointed commander of the Continental Army in the southern theater. Greene’s reputation for strategy and skillful employment of guerrilla warfare, against a British army that far outnumbered his own troops in every battle, preceded him.

He won the famous Battle of Guilford Courthouse and forced British General Charles Cornwallis to surrender at the siege of Yorktown in 1781, ending the fighting on American soil and paving the way for the founding of the United States of America.

There are cities called Greensboro in Alabama, Georgia, North Carolina, and Pennsylvania, all named after the unassuming general whose great achievements are often unrecognized in the history books. There are Greenvilles in several other states, including South Carolina, perhaps the most well-known city with that name. There are 18 counties in America named for General Greene.

In 1786, at age 43, he died on his Mulberry Grove Plantation in Georgia, falling victim to sunstroke. In many ways, his quiet death reflected his quiet life. He did not participate in politics after the war the way many of his counterparts did.

Nathanael Greene was born in Warwick, Rhode Island. I was born 10 minutes down the road from there.

Thomas Casey Greene, Jr., one of General Greene’s last living descendants, inherited the Greene homestead from his mother, where he lived by himself in the general’s nearly unadulterated birthplace. By unadulterated, I mean the home boasted couches that Washington himself had once sat on, across from fireplaces with brass screens and fenders next to which Washington and Greene planned to throw off the yoke of the king. General Greene’s ceremonial sword, perhaps the property’s crown jewel, hung on the wall in the living room. Every year until Tom was too old to host the event, there was a massive party on the homestead to celebrate General Greene’s birthday. We would cut the cake with his sword.

I worked for Tom Greene beginning at the age of 12 until I went off to college at age 18, and for some time thereafter during my summers. My father and uncles had worked on that farm, too. It was something of a family tradition.

Tom was a Yale-educated, classically trained pianist. He taught piano for a living. He was also a human encyclopedia on all things American history. A regular New England Swamp Yankee, he was known for his cheapness (which he swore was frugalness) despite his immense wealth. He kept every issue of National Geographic that was ever printed. He also saved mundane and non-useful items like plastic bags and copies of the New York Times.

Despite his Ivy League pedigree, Tom was a staunch conservative. (He never had a computer, but my father would often print my columns and mail them to Tom. He enjoyed reading them).

That farm was frozen in time. Every one of the thousand hours I spent working there was reminiscent of a long gone rural America that prided itself on blood, sweat, and independence. The rest of the world had surely moved on, but the Greene homestead just as surely remained.

Tom employed me to do every odd and end under the sun, from polishing the brass in those fireplaces, to tending his garden (organic before it was cool) where we grew tomatoes, peas, green beans, potatoes, and corn among a variety of other vegetables, along with flowers. I often trimmed his hedges with manual shearers from a different century, which he called “loppers.”

I cleaned barns, eradicated bees’ nests, cleared wooded trails by hand, raked leaves in the family cemetery, and picked apples, among hundreds of other tasks that I hated until I grew to love them. In the winters, we tended a greenhouse where we grew citrus plants and varieties of exotic flowers. (Tom was sort of an amateur botanist. He also knew everything there was to know about birds, and could identify them by their songs).

Every now and then, Tom would instruct me to lug a canoe, likely crafted by Native Americans, out of a barn and down to a river that runs through the woods on the property, adjacent to the farm’s cleared land.

All the while I learned about American history, and then I learned it again. Tom had an endearing (though sometimes annoying) habit of telling the same stories over and over again. It was part of his charm. How else was I going to learn about the precise strategy behind the Battle of Eutaw Springs?

That farm was the perfect place for a boy. It’s where I learned the value of an honest day’s labor and gained an appreciation for the way things used to be. It was a place that is unrecognizable in the age of TikToks and the Kardashians. It was an experience that I wish every American boy could have.

Tom Greene died last week. He was 91. I’m not sure what will become of his farm. I can only hope it will be preserved.

Here’s to an old man. May he rest in peace.

Peter D’Abrosca grew up in West Greenwich. He is conservative campaign strategist, author, and columnist. Find more of his work on American Greatness HERE.

In 2003, I earned my first department head position. I was incredibly excited about this... 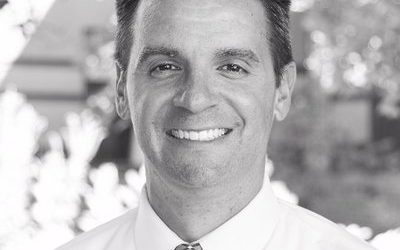 Opinion: Who has the time?

By Brian Ricca, EdD It's the most precious commodity that I know of. It's finite and consistent....