A social scientist, author, and U.S. Marine, Timothy Philip Schwartz-Barcott died on October 28, at the age of 78, near his home in West Greenwich. 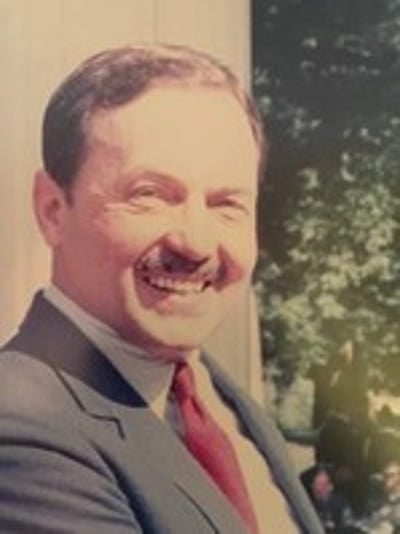 He is survived by his wife of 49 years, Dr. Donna Schwartz-Barcott, a professor emerita of nursing at the University of Rhode Island; his son Rye (Tracy) Mead Schwartz Barcott, a social entrepreneur and author from Charlotte, North Carolina; his grandchildren Elle Aubrey, Sage Ashton, and Charlotte Corinne Barcott; his sister Denise (John Paresky) Schwartz and their son Simeon Paresky; his brothers-in-law Jim (Mary) and Richard (Susan) Barcott and their children. Tim loved these people dearly.

The son of the late Philip John Schwartz and Delma Marianna Favro Schwartz of Latrobe, Pennsylvania, Tim’s grandparents immigrated to the United States from Germany and Italy and worked as coal miners, steel mill workers, and grocers. Tim excelled at varsity tennis and graduated from Latrobe High School, where his gregarious, big-hearted father taught vocational education for nearly thirty years, including years as the homeroom teacher for the golf legend Arnold Palmer.

Undergraduate studies at the Miami University in Oxford, Ohio, honed Tim’s inimitable way and unescapable drive to think critically. After completing a bachelor’s degree in philosophy on a Navy ROTC scholarship, he earned his commission as an infantry officer of Marines. He thrived in the competitive, outdoors-oriented culture of the pre-draft Marine Corps.

As combat operations in Vietnam intensified, Tim led Marines in 1965 and 1966, in infantry, civil affairs, and ground reconnaissance units. He was awarded a Purple Heart and a Bronze Star with Combat “V” while miraculously surviving an enemy rifle round through his face. These combat experiences, among others, led him to become a forceful advocate for helping the most disadvantaged people at home and abroad. Tim strove to, in his words, “restrain U.S. economic, military, and political forces from needless destruction of natural environments and wildlife, foreign lands, and innocent people.”

Tim met his wife, Donna, while earning his Ph.D. in sociology from the University of North Carolina at Chapel Hill. He studied under the late evolutionary sociologist and author Gerhard “Gerry” Lenski, who became a cherished, lifelong friend and inspiration. Tim taught classes and conducted sociological research at the universities of North Carolina, Connecticut, and Delaware, and at Brown University, Providence College, and Rhode Island College.

Tim principally strove to make the world a better place through his writing. His books included War, Terror & Peace in the Quran and in Islam: Insights for Military and Government Leaders; Violence, Terror, Genocide, and War in the Holy Books and in the Decades Ahead; After the Disaster: Re-Creating Community and Well-Being in Buffalo Creek since the Notorious Coal Disaster in 1972; Concerning Caputo: Africa and Acts of Faith as Art, Science, and Much More; and a collection of semi-autobiographical short stories called Let There Be Light.

His favorite writer was the humorist Dave Barry, whose book Lessons from Lucy: the Simple Joys of an Old Happy Dog laid on his bed, dog-eared and filled with handwritten notes, when he died.

Dr. Richard Kohn, Professor Emeritus of Military History at the University of North Carolina at Chapel Hill, collaborated with Tim for years and wrote: “He was a vital force: so caring, so strong, so moral, so original. Like so many, I cared for him greatly, and I respected his energy and contributions.”

A tribute will be paid to Tim at the 10:15 a.m. service of St. Luke’s Episcopal Church in East Greenwich, led by Tim’s friend, the Rev. Tim Rich; friends are welcome to attend.

Tim said that modest donations in his memory would be appreciated to CFK Africa, a humanitarian organization founded by his son in 2000, to develop young leaders and advance public health in African informal settlements. CFK Africa has established the Lux Sit endowed scholarship fund for disadvantaged children in Nairobi, Kenya, in his honor. For much of his life, Tim marked correspondence to friends and family with “Lux Sit,” which translates from Latin to “Let there be light.” Contributions may be made online here.

Years before his passing, Tim studied and wrote scholarly articles on last wills and testaments. He asked that these words conclude his obituary: “Thanks to any and all who care. Please keep trying to help the most disadvantaged and helpless infants and children in this world as long as you can. May you be blessed.”