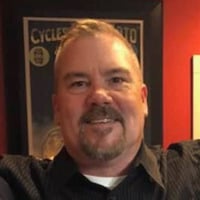 Sean Fahey of East Greenwich passed away peacefully on Feb. 18 after a long illness. Born on Sept. 4, 1964, Sean was the son of Edward R. Fahey (wife Dale), of Georgia, and the late Mary Elizabeth Fahey. He is survived by his wife of 20 years, Lori (Malenfant) Fahey.

Sean graduated from East Greenwich High School in 1983.  Upon graduation, he joined the United States Army, serving for four years.  Following that, he joined the Army National Guard.  He spent most of his life as a real estate appraiser.

Sean’s real calling was in coaching. He was a true Avenger, playing soccer, hockey and baseball through his high school years, and quickly gave back to the community, joining the EGHS soccer team as a coach in the late ‘80s. He coached the EGHS hockey team from 1996-2017, committing countless hours to the team, sport and players; they were a second family. He had a love and passion for the game and was part of the success and resurgence of the program. During his high school years, Sean was a goalie for both soccer and hockey, playing on three Met B State Championship teams.

He continued his love for sports throughout his life, playing on men’s hockey, soccer, and softball teams, as well playing on co-ed volleyball and soccer teams with his wife Lori. He was an avid sport spectator, always routing for home teams, and was passionate about soccer, football, hockey, and golf.

Sean was a true people person, and it was evident in everything he did in life. He loved to socialize and had many friends. Always opening his door to friends for visits and parties, Sean did it with love, kindness, fun, spirit and generosity. Friends particularly looked forward to the Annual Pig Roast, a family tradition started in 1982 and one he continued for over 30 years; some would call it legendary. Sean was a great cook and also hosted many chili cook-offs, called “Sloppy Pots” for Super Bowl parties. Sean won too many years in a row, later banning himself from the contest. Turning events into contests seemed to be a pattern for Sean, whether it be on the golf course, the hockey rink or the cooking arena.

Despite a life lost way too soon, Sean lived a full life and was always willing to lend a helping hand. He was very generous and adored his wife, Lori. Together they were proud dog parents, avid movie watchers, and enjoyed vacationing, taking trips to Mexico, the Dominican Republic, the Bahamas, as well as local trips to the Cape, Block Island, or a car ride to the casino for lunch.

He will be missed by many.

Committal prayers with military honors will be held on Friday, March 4, at noon in the Rhode Island Veterans Cemetery, Exeter. Calling hours are Thursday, March 3, from 5 to 8 p.m. at the Hill Funeral Home, 822 Main St., East Greenwich. In lieu of flowers, please consider donating to the R.I. Food Bank – Sean never liked to see anyone go hungry.

Photo by Taylor Friehl on Unsplash.