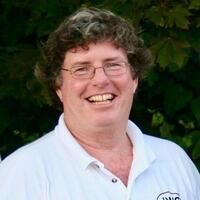 Richard Leo Walsh III (“Rick”) of North Kingstown, died on October 26, after a short illness, surrounded by his loving family. Rick was the eldest son to the late Nancy (Riley) Walsh formerly of Woburn, Mass. and the late Richard Leo Walsh Jr., formerly of Newburyport, Mass., entering this world in the midst of Hurricane Carol in Winchester, Mass. on September 1, 1954. He was the loving brother to John Joseph Walsh (Susan) of North Reading, Mass. and James Paul Walsh (Kathleen) of Scituate, Mass. Rick was a devoted and self-proclaimed Favorite Uncle to his five nieces and nephews: Jack, Kathryn (Narrow), Michael, Erin, and Emily Walsh — acting as a second father, gifter of good books, and voice of wisdom and advice.

Rick graduated proudly as an Avenger from East Greenwich High School in 1972, and went on to graduate from Tufts University, class of 1976. At Tufts, Rick played varsity football for four years, entering as a quarterback and finishing his time there as a linebacker. He received his J.D. at Suffolk Law School in 1980, and for more than 40 years, practiced law at his own firm in North Kingstown. Rick helped countless clients throughout his beloved state of Rhode Island. He was devoted to the Ocean State (including Ocean State Job Lot), and, as a lawyer, took on significant pro bono work, something he deeply believed was his ethical obligation. Rick was always drawn towards a healthy debate or intellectual conversation and possessed a unique ability to articulate an opposing point of view, give you a “hard time” in the process, but never actually upset anyone in doing so. Rick was an engaged listener, he was kind, thoughtful, and had a huge heart. He will be long remembered for his wit, infectious (table-shaking) belly laugh, brilliant mind, and chocolate chip cookies that somehow none of his family could ever replicate.

As an avid sports competitor and fan, Rick attended many games with his brothers and friends and always prioritized those that his nieces and nephews participated in. No car ride or road trip was too far for Rick, if he had tapes for his car’s cassette player and there was a breakfast diner for him to stop at along the way. Rick chauffeured his parents around in their later years to ensure that they too never missed a family member’s sporting event, gathering, or holiday.

Rick played football and basketball at East Greenwich High School and captained the football team his senior year, winning recognition as a league all-star.  He carried his love of football and all sports well beyond his playing years in high school and college. For many years, Rick was president of the EGHS Alumni Football Association, planned and hosted the annual Pre-Thanksgiving Dinner and rarely missed an Avenger football game. His loyalty to Tufts brought him all over New England, attending Jumbos football games long after he suited up for the Brown and Blue. Rick also loved the Patriots, Paw Sox, and Red Sox, often treating his nieces and nephews to a game every season (and maybe letting a brother or two tag along at their own expense). Rick will be missed at Frozen Four tournaments, and at tailgates with his Saugy hot dogs, charcuterie board, and a small cooler of cold Narragansetts. Rick will always be remembered for his signature post cards from his travels across the country that he lovingly signed from “YFU,” or Your Favorite Uncle.

These memories, and so many more, of Rick will always be cherished by those who loved him. He lived a minimalist lifestyle and in doing so, taught his nieces and nephews and others what is truly important in life: family, friends, and community… and football too. Rick left a lasting impact on everyone he knew, and he will be deeply missed.

Relatives and friends are invited at attend a Mass of Christian Burial on Monday October 31 at 10:00 a.m. at Our Lady of Mercy Church in East Greenwich. Burial will be in Quidnessett Memorial Cemetery in North Kingstown. Calling hours will be held on Sunday, October 30 from 3:00- 6:00 p.m. in the Hill Funeral Home, also in East Greenwich. In lieu of flowers, donations can be made online to The Rhode Island Foundation, East Greenwich High School Class of 1972 Scholarship Fund One Union Station, Providence, RI 02903.