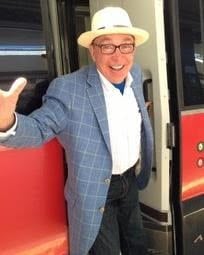 Raleigh, NC – Matthew Charles King, Jr., (January 9, 1939 – June 24, 2020), son of Matthew C. King Sr. of East Greenwich, and Margaret Noonan of Newton, Mass., (both deceased) took his last breath on June 24. He died in his home, surrounded by family, with his beloved wife Karen holding his hand. Matt’s recent ALS diagnosis allowed time for him and his loved ones to reflect on a life well-lived.

Matt was a child of Boston. Born in Newton, Mass., in 1939, he was raised in Cambridge, the oldest of seven brothers and sisters. Resilient is a word often used to describe Matt, a trait that was put to the test during two traumatic childhood events: His mother’s passing when he was just 11 years old and a tragic fire that burned his family’s home to the ground. He would rely on his Irish Catholic upbringing to weather those storms. The values instilled through the church would serve him well his entire life.

Matt’s favorite place on earth was East Greenwich, where he spent many of his early years growing up. Those New England roots also fostered a blue-collar work ethic he learned from his father and passed along to his four surviving children: Tammy Sweet of Phoenix, Matthew Charles III and Christian Michael of Atlanta, and Christy Kathleen Cassel of St. Petersburg, Fla. He’s also survived by his sisters, Helen King McGah of Arlington, Mass., and Kitty Grabelski of Vail, Arizona.

Dancing played a big role in Matt’s life. After leaving the house at the age of 18, he moved to Florida where he later answered a newspaper ad in search of people interested in teaching ballroom dancing. He would become the studio’s most popular instructor. “It’s all in the knees,” he would say. It must be told, his grandmother (Nana) was less than thrilled with his initial career choice, proclaiming, “I always hoped my first grandson would be a priest. And instead he’s turned into some sort of gigolo!” Matt’s grandmother was a profound figure in his story. She had a way of making him feel like the most important person in the world. Later in life, those he encountered would say the same about him.

Matt put himself through college and after graduating from the University of Miami, he set off to make his mark on the world. He started his career with Wilson Meats, transferred to its subsidiary Anderson Meats and quickly became the company’s top salesman. It was there in 1971 when Matt had the opportunity to present to one of Anderson’s newest customers: McDonald’s. The restaurant group heard about this young, hot-shot salesman, with a reputation for his enthusiasm and passion for the industry. They were searching for a concept that would replace fresh beef with frozen patties, hoping to increase production for their growing business. After Matt’s presentation, Ray Kroc turned to the president of the company and said, “Hire that guy.” The rest, as they say, is history. Matt crisscrossed the country, using his wit and charm to convince skeptical owner-operators to adopt this crazy idea. The seventies was the decade McDonald’s became a global giant. Matt’s contribution to its success cannot be overstated. To this day, he’s recognized as one of the pioneer executives responsible for developing the McDonald’s supply chain, one that’s widely considered the envy of the industry.

Matt was married three times. For him, the third time was the charm when he found his soulmate and best friend, Karen. Married 38 years, they traveled the world for work and play. They later settled in Raleigh, N.C. She was the love of his life.

Matt had a boundless energy for life. For 18 years, he was a season ticket holder for the Yankees spring training games in Tampa, for the sole purpose of seeing his beloved Boston Red Sox play their arch rival. As a UM alum, he loved his ‘Cane’s and he equally supported his “home team”, the N.C. State Wolfpack, where he had lifetime season ticket rights.

He deeply cherished burnt garlic bread, a glass of fine Chardonnay, fried clams with the bellies and PF Changs. He excelled at outsmarting squirrels to protect his bird houses. He never turned down a game of cribbage. He always carried around a yo-yo. And Bounty was the only acceptable paper towel in his kitchen – used both for cleaning and as stationary for the encouraging notes he was known to write to family and friends.

Matt took great pride in his six grandchildren: William (30), Ethan (12), Caroline (10), Eva (4), Charles (20 months) and Lucas (9 months). He would often crow about their accomplishments, never missing an important event in any of their lives, from first steps to sports and academic achievements. His grandchildren loved the smell of his cologne. It lingered on their clothes, the furniture and in the guest room, following one of his visits. It would take some open windows and a couple of weeks for that smell to go away.

Matt took fashion tips from no one. He was equally comfortable wearing a custom-made suit as he was strolling through a hotel lobby decked out in pajama pants and slippers. Both included his signature printed socks and Optimo straw hat. He was cool.

Matt never threw anything away and his collection of stuff was unique and eclectic: antique furniture, vintage postcards, cast iron frying pans, comic books, baseball cards and other sports memorabilia. A die-hard Red Sox fan, Matt would struggle through life relating to anyone who didn’t consider Ted Williams the greatest hitter ever. He was as proud of a signed photo of the Hall of Famer as he was of the championship plaque he received for coaching his son’s 7-year- old soccer team. Both hung side-by-side on a wall in his special room of memories.

Matt was an avid reader. He was especially fond of biographies, appreciating the importance of history. He would often scribble the letters NB in the margins. It is short for the Latin phrase, Nota Bene, which means, “To call attention to something important…to take special notice.” The world took special notice of Matt King. He was important to so many people.

A sentimental soul, Matt ended every conversation with a family member saying, “I love you.” During one of his final moments with Karen and his children, he asked them to hold hands. Mustering all of his might, Matt pulled himself up and whispered, “Love is the most important thing. Promise me, you’ll always love each other. Promise me.”

A funeral mass for Matthew Charles King, Jr. was held on Saturday, July 18, at Old St. Patrick’s Catholic Church in Chicago. Due to COVID-19 restrictions, only immediate family and close friends were in attendance. The church provided a livestream of the service. A memorial mass will be held at St. Francis of Assisi in Raleigh, N.C. at a future date.

At the family’s request, in lieu of flowers, please consider donations to the Ronald McDonald House. Published in Chicago Tribune on Jun. 28, 2020.