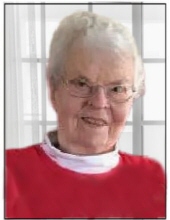 Linda E.(Magnuson) Erickson passed away unexpectedly on September 15, at the age of 79. Born on February 19, 1942 in Providence, she was the daughter of the late Philip W. and Beatrice (Bedford) Magnuson. She was predeceased by her husband of 44 years William “Bud” Erickson in 2013. She is survived by her daughters Kristen E. Conforti and her husband, Paul, of Saunderstown, and Kimberly R. Stinnette and her husband, Oliver, of Scituate. She was the treasured Mormor of eight: Will, Kate, Drew, and Grace Conforti and Abby, Ella, Lila, and Jannik Stinnette. She was the sister of Marcia Hallworth and her husband, Bruce. Linda was a long-time resident of Cranston before moving to East Greenwich in 2010. She met her husband, Bud, at Calvary Covenant Church in Cranston, where they were married and faithfully worshipped for 40 years until its closure. Since that time, she has been a devoted member of Christ Church in East Greenwich.

Linda’s professional career was shaped by her love of children and babies. She taught elementary school in Cranston until she had her own children, then taught preschool in Riverside before assisting in the founding of the Little Shepherd Preschool in Cranston. While teaching at Little Shepherd, she simultaneously volunteered almost 2,000 hours in the nursery at Women and Infants Hospital. She eventually left teaching to go back to Rhode Island College to become a registered nurse. She worked 3rd shift at Women and Infants Hospital on the neonatal floors before retiring from nursing. She spent the next several years working in Early Intervention for Meeting Street School.

Calling hours will be Thursday, September 23, from 9:30-11:15 AM at Christ Church in East Greenwich. The funeral will follow at 11:30 AM. In lieu of flowers, donations may be made in Linda’s name to Christ Church, 61 Cedar Avenue, East Greenwich, RI 02818. Internment will be in Rhode Island Veterans Memorial Cemetery, Exeter.