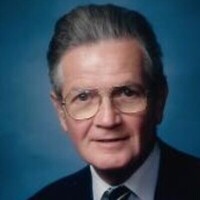 John B. Lawlor, MD, 95, died peacefully on August 15, at St. Elizabeth Home in East Greenwich, surrounded by his five children. He was the beloved husband of the late Virginia Hope (Daley) Lawlor, to whom he was married for 67 years before her death in 2018. Born in Providence on June 23, 1926, he was the son of the late John B. and Evelyn (Carroll) Lawlor.

Jack graduated from LaSalle Academy and Brown University, where he was enrolled in the US Navy V-12 accelerated program as a pre-med student when doctors were needed for the World War II effort. By his graduation in 1946, the war had ended. He went on to attend medical school in Brooklyn, NY at the Long Island College of Medicine (now SUNY Downstate College of Medicine) and interned at University Hospital of Brooklyn.

He and Hope married in 1951. As newlyweds, they lived in Charleston, SC, where Jack was a Lieutenant in the US Navy. When his active duty was complete, Hope and Jack moved to Providence, where he began his medical residency in Urology at Rhode Island Hospital. They spent a year with their young family in New York City while he completed his surgical residency at Columbia Presbyterian Hospital, and returned to Rhode Island, where he joined the staff of Rhode Island Hospital. Jack spent his career there and in 1976 was named Chair of the Department of Urology, a role that included overseeing the urological training of medical students at Brown University and the hospital’s medical residents. He established Urological Associates (now Brown Urology), a private partnership which grew into a group practice. He took pride in teaching the next generation of physicians, many of whom still practice in RI. Recent years included many visits to Rhode Island Hospital as a patient, and Jack was always glad to reminisce about the old days with staff he knew.

He was a man of faith who gave of his time as a Eucharistic Minister for his parish and on a medical mission to Romania with Hope, who was a Registered Nurse, and a group of local surgeons. He taught English to those new to the United States. He was a lifelong learner, taking computer classes in his 80s so he could email his grandkids, forming new friendships in his 90s, and learning to play darts at his assisted living home after Hope passed away. He figured out how to Zoom with his family and watch movies on Netflix while isolated during the pandemic. He never stopped reading.

Jack was an avid sailor from his days as a waterfront director at a summer camp on Cape Cod. His best days were those on the water with Hope and his family, teaching them how to sail and navigate New England waters. Whether coiling a line or furling a sail just so, Captain Jack taught with the patience and precision of a surgeon.

A Mass of Christian Burial will be celebrated on Saturday, August 21 at 10:00 AM at Our Lady of Mercy Church in East Greenwich. The mass will be livestreamed; please see the OLM parish website for more details. Burial will be private. Calling hours are omitted. In lieu of flowers, donations in his memory may be made to Our Lady of Mercy Church, 65 Third Street, East Greenwich, RI 02818.