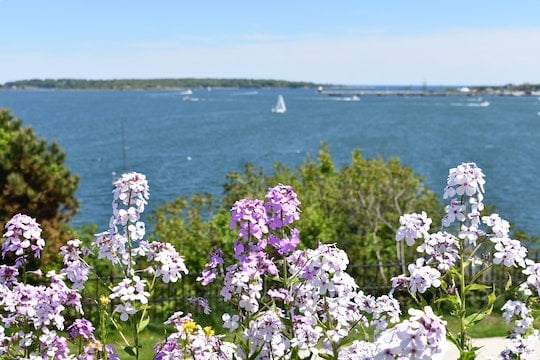 Janet Ellen Essex, mother, grandmother, sister, and friend died Thursday, February 17, at her home in West Warwick. She was 85 years old. Janet died surrounded by her loving family after a long battle with Parkinson’s Disease.

She was born Janet Ellen Tobin in Providence, to parents John and Ann (Foley) Tobin. Janet grew up in Smithfield. She graduated from St. Francis Xavier Academy in Providence in 1954. Janet went on to take classes at the Community College of Rhode Island and the University of Rhode Island.

Janet met her beloved husband, James R. Essex, as they sang together in the choir at the First Baptist Church of East Greenwich. They wed on March 25, 1973, and were married for 49 years. She was a longtime resident of East Greenwich.

Family and friends were Janet’s passion and delight. Her earliest memories were of spending time with her younger sisters, Ann and Jacqueline, and extended larger family of cousins at cookouts or trips to the beach on Narragansett Bay. She enjoyed hosting holidays and dinner parties at her house on Spring Street in East Greenwich. She filled her home with love, laughter, and food. She was never happier than being surrounded by her loved ones.

As a child, she sang in the school choir at St. Peter’s School in Greenville, which led to a lifelong love of music. She had a beautiful soprano voice that she shared with us through her membership in several choirs including the Westerly Community Chorus of RI. In 1981, she participated in the chorus’ tour of Great Britain where she sang in Westminster Abbey among other venues from London to Edinburgh.

A Rotarian since 1992, Janet lived the motto of ‘service above self’. Her presidency was particularly unique, as she served for nearly two years, having taken over the presidency when then-current president Barbara M. Tufts, Janet’s dearest friend, passed away unexpectedly. Janet rolled up her sleeves, moved into the presidency, carried out Barbara’s term, and then served her own term (2001-2002). As president, among many other achievements, Janet will always be remembered for spearheading the club’s first ALS 5K event at Goddard Park, which ran for 16 years and raised over $600,000 for ALS research.

As a member and then President of the Greenwich Bay Women’s Club, she was dedicated to improving the lives of those in our community to help us all make a difference. For many years, she served on the board and as President of the Barbara M. Tufts Cooperative Preschool. The Preschool was established to provide a developmentally appropriate nursery school experience with openness to the uniqueness of all children, without regard to gender, family origins, economic situation or religious affiliation.

She was a founding member of the Summer Arts and Festival Organization (SAFO). SAFO was started in 1996, by a small group of long-time East Greenwich residents who thought that it would be a great idea to celebrate summer’s end in East Greenwich with an event that would bring the community together to enjoy one last event before heading back to school and work in the autumn. They gathered a group of volunteers together and raised money to bring the Rhode Island Philharmonic Pops Orchestra to our community for a free performance on Eldredge Field in the center of town. That first concert was a rousing success and it has grown steadily in popularity throughout the years. Summer’s End is attended by thousands of East Greenwich residents each year and it has truly become a signature event for the town.

The family would like to thank the Visiting Nurses Association of Care New England Hospice Unit Caregivers for providing exceptional hospice and quality of life care for Janet.