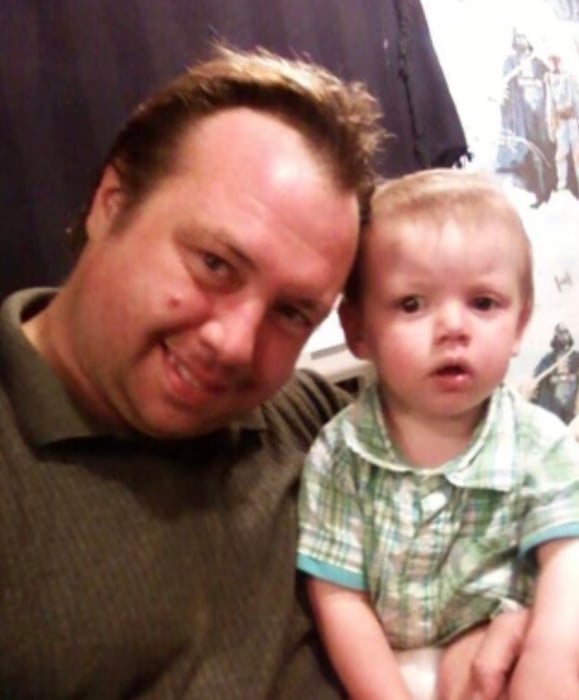 Jim R. Adams, 52, of East Greenwich, formerly of North Kingstown, passed away in the early morning hours of Thursday, August 11, 2022, at Beth Israel Deaconess Medical Center in Boston, with his wife by his bedside to comfort, love and care for him. He was the devoted and loving husband to the love of his life, Barbara A. (Tetrault) Adams.

Born on September 17, 1969, in Warwick, he was the son of the late Leonard and Sarah (Adams) Sherman.

Taking pride in providing for his family, Jim worked for the State of Rhode Island in the Department of Environmental Management at Goddard Park where he held the position of Senior Maintenance Technician. Jim was well respected by his colleagues for his work ethic and willingness to help others.

A spiritual man, Jim occasionally attended church services. He not only looked upon his faith to assist him through his own difficult endeavors, but he also aided others when they were going through trying times. He would occasionally attend special events at Elohim Mekomo Messianic Jewish Temple with his wife. His wife is a member and enjoys attending Sacred Exchange Church.

In his spare time, Jim had a wide variety of hobbies and interests. One of his greatest talents and interests was music. Jim was an avid listener of music, which included all genres, such as blues, hard rock, rockabilly, and classical, but his favorite band by far was none other than Led Zeppelin. He also showcased his talent not only as an instrumentalist, but as a lyricist, and a vocalist as a member of the metal band, Rhode Kill. He and his bandmates travelled throughout various areas in the Northeast performing at many venues and gathering a loyal following. With the hard work of Jim and his fellow musicians, Rhode Kill has been awarded the title of #1 Heavy Metal Band in RI two years in a row. Jim was also an avid firearms enthusiast.  He achieved the rank of 7th degree belt in Go Shin Ryu, which included combat skills in arms and weapons. Above all he was a frequent reader and collector of Marvel comics, especially ones with the Hulk and Spiderman, though he also enjoyed Godzilla and was a steadfast Star Trek “Trekkie” fan. More than anything else in the world beyond any of his hobbies he treasured the times spent and memories made with his dear family, especially his grandson, David.

In addition to his wife, Jim is survived by his cherished grandson: David Appleton of East Greenwich; his dear step-children: Ann Goddard and her husband Chris of Charlestown, Heather Maldonado and her husband Gino of North Kingstown, Bonnie Appleton and her significant other William Molina of East Greenwich; his grandchildren: Kayliegh Marie Pearl, Alejando Castro, Kyle Eldridge, Faith Marie Goddard, Wayne Wilder, Jr, and his wife Christy, Dylan Maldonado, Morgan Maldonado and her signifgant other, Oscar House, and Summer Maldonado; followed by his great-grandchildren: Veda Eldridge, and Aiden and Aurora Castro; his siblings: John Sherman and his wife Beth of North Providence; Susan Cekala of West Warwick; his brother-in-law: Shawn Tetrault and his wife Gloria along with his brother-in-law John and his wife Millie Tetrault. Finally, Jim is survived by his bandmates, numerous friends, and extended family members.

Relatives and friends are kindly invited to attend a Visitation on Friday, August 19, from 4 to 7 p.m., with a Memorial Service to immediately follow at 7 p.m. at Iannotti Funeral Home at Maple Root, 2000 Nooseneck Hill Road (Route 3), Coventry. Burial will be private.

In lieu of flowers, donations in Jim’s memory may be made to the following Go Fund Me: https://www.gofundme.com/f/support-our-friend-jim-adams-aka-sherm

Find the obituary at the funeral home website HERE.