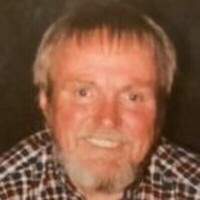 James Mathew Hannon, Jr., died peacefully Thursday, March 24, surrounded by his wife and daughters at the age of 87.
He was born May 18, 1934, in Pawtucket, to Rosaila (Meehan) and James Hannon. The grandson of Irish immigrants, James grew up in the shadow of The Great Depression and WWII, events which informed his worldview and values throughout his long life.
A devout Catholic, he attended St. Edward’s School and faithfully served as an altar boy much of his youth. Upon graduating from West High School, he eagerly enlisted in the U.S. Air Force, serving abroad during the Korean War. After his tour of duty, he was offered his former job with First National Stores where he worked for many years. It was there he met his wife of nearly 57 years, Francine (Girard).
Building their home on the Girard homestead in North Attleboro, James was a dedicated family man and unwavering provider. When First National Stores closed, he spent a brief stint trawling the Narragansett Bay as a commercial shell fisherman before taking a job at Brown University. He thrived in his position as head clerk in the mailroom of the Rockefeller Library, enjoying the academic environment and the friendships he forged for 25 years until his retirement in 2009.
He was an exceptional man in so many ways. He had natural charm, and talent for engaging and connecting with everyone he met, and an unmatched ability to remember nearly every one of those connections over the course of his life. He was a loquacious teller of stories, of which he had hundreds. He was an unfailing optimist, strong, generous, sharp-witted, and open-minded. He was a lover of nature, animals, books, music, and art.
He was a devoted husband, father, brother, and friend. But above all, he was a loving and beloved “Papa” to his grandchildren. There was nothing in life that brought him more joy than to be with them, enter their world, and share in their energy, wonder, and excitement. He will be deeply missed by his friends, family, and all who were lucky enough to know him.
In addition to his wife, Francine, James is survived by his sisters, Dolores Poirier, and Rosaila Maggiacomo; his three daughters, Rochelle and her husband, Roger Vaughan, Amie and her husband, Justin Boesch, and Erin and her husband, Kyle Reslow; and his seven grandchildren: Andrea, Sinead, Luke, Ruby, Cidenna, Leif, and James. He is predeceased by his brothers, John Hannon, and Robert Hannon, and his sweet infant great-granddaughter, Valerie.
A Mass of Christian Burial will be celebrated Monday, March 28at 10:00 AM at Our Lady of Mercy Church in East Greenwich. Burial with military honors will be in RI Veterans Cemetery in Exeter. In lieu of flowers, donations may be made to UNICEF.
You can leave an online condolence with the funeral home HERE.
Top photo by Aaron Burden, courtesy of Unsplash.