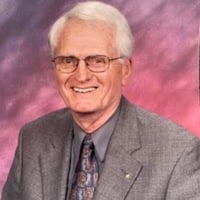 David F. Oltedale, 86, passed away on December 23. He was the husband of the late Elsie (Palmgren) and the former husband of Barbara (Forest) MacDonald. Born in East Greenwich, he was a son of the late Sven O. and Edna (Algren) Oltedale.

David was employed alongside his brother, Richard, for decades at the Bay Mill in West Warwick. The mill was founded by their father, Sven, and originally located in East Greenwich. David was a graduate of East Greenwich High School, a U.S. Army Veteran, and a man of strong Christian faith.

He was passionate about music especially playing the trumpet. He played trumpet in various Rhode Island settings including; the RI Orchestra, the Warwick City Orchestra, and at Emanuel Lutheran Church, where he also sang in the choir. He was a past Treasurer at Emanuel Lutheran and had numerous longtime friends from the church.

David is survived by two sons: Mark S. Oltedale and his wife, Gail, of North Kingstown, with their son, Justin, and Erik Oltedale of West Greenwich; his brother, John “Jack” Oltedale; and nieces, Deborah Oltedale Chandler and Sarah Oltedale Crawley. He was the brother of the late Richard Oltedale.

With deep gratitude, the family wishes to thank the staff at Sunny View Nursing Home in Warwick for their compassionate care.

In lieu of flowers, donations may be made in David’s name to Emanuel Lutheran Church.

An online condolence may be left with the funeral home HERE.