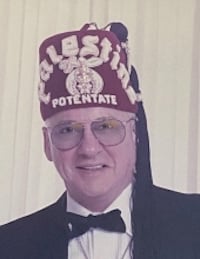 Clark “Skip” W. Cate, age 87, passed away on May 25, at Briarcliffe Manor Nursing Home in Johnston. Born in Boston, Mass., he was the son of the late Frederick M. and Florence I. (Chambers) Cate. For 62 years, he was the cherished husband of Alison (Ballantyne) Cate.

He honorably served in the U.S. Navy Reserve for 8 years from 1955 to 1963. He was a graduate of University of Rhode Island where he earned his Bachelor’s degree, as well as University of Connecticut where he earned his Master’s degree. As a social worker for the State of Rhode Island, he was employed for 28 years. After his retirement from the state, Clark helped many people through private counseling, continuing this work until 2018. His dedication to social work led him to be Past President of the National Association of Regulatory Administration and President of the National Association of Social Workers.

In earlier years, Clark enjoyed working on crossword puzzles and walked 2 to 3 miles daily. He had an expansive collection of walking sticks that he acquired over the years.

Clark was a devoted brother of the Masons, Shriners, and Scottish Rites. His Masonic career began in Fidelity Chapter, Order of DeMolay and was raised a Master Mason in 1967 in King Solomon’s Lodge No. 11 in East Greenwich. His accolades with the fraternity included: 32nd degree Mason in the Scottish Rite Valley of Providence (1971); Noble of Palestine Temple (1972) and appointment to Divan (1992); Knight Templar in Saint Johns No. 1 Commandery; Dad of the North Scituate Order of Rainbow for Girls 1984-1986; Past Master of Warwick Lodge No. 16 (1986); 113th Potentate of Palestine Temple; Grand Lodge Charities Consultant; Secretary to the Masonic Youth Foundation; Secretary and Second Chairman of the Board, 32nd degree Masonic Learning Center for Children, Inc.; President, RI Shriners Past Potentates Association; Officer in Masonic Vets Association; Secretary to NE2005 NESA Field Days Committee; member of Swords of Bunker Hilll, Gaspee Order No. 99, Masonic Veteran’s Association, and Marhaba Shrine Club. He was also a long-time member of the Palestine Shrine Clown Unit where he served as Boss Clown in 1987, and became a lifetime member in 1989. He was a member of the Quetzalcoatl of Springfield, Mass., and an honorary member of the Palestine Motor Corps, Oriental Band, Artisans and Temple Guard. In addition to Warwick Lodge, he was a member of Mt. Vernon No. 4, Manchester No. 12, and St. Johns Lodge No. 1. In 2019, he was awarded the 50-year Veterans Medal.

Calling hours will be held on Saturday, June 4, from 9 to 11:00 a.m. at Carpenter-Jenks Funeral Home in West Warwick, immediately followed by a memorial service and Masonic service at 11:00 a.m. Burial will be in Quidnessett Memorial Cemetery in North Kingstown.