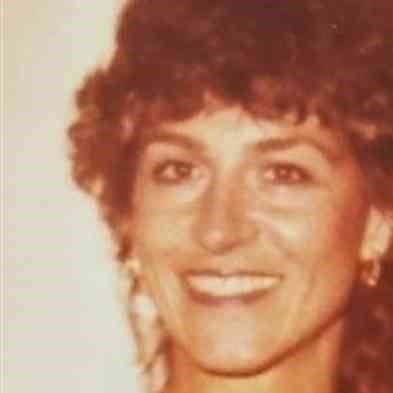 Bonnie Marie Schmitt Cimino, of Greentree, Penn., passed away peacefully in her sleep in Pittsburgh, on Friday, September 23. She was 79.

Daughter of the late Harvey and Betty Schmitt and sister of the late Linda Schmitt, Bonnie was born on February 15, 1943, in Pittsburgh, graduating from Langley High School in 1961. An aspiring artist in high school, she later attended art classes at the University of North Carolina, where she further honed her drawing and painting skills and began a life-long love of the arts. But it was her passion for public service that guided her mid-life career where she evolved into a progressive advocate for women and minority rights.

In 1961, she married Thomas Cimino. Within six years, they had four children and moved from Pittsburgh to North Carolina to South Carolina, as Tom pursued his doctorate in education. In these years, Bonnie became interested in politics and women’s equality, serving on the board of the League of Women Voters, and advocating for national welfare reform through the Social Security Amendments of 1971, a foreshadowing of the years to come.

In 1972, the family moved to and established roots in East Greenwich. As the children grew older, Bonnie pursued her own educational goals, earning a bachelor’s degree in Women’s Studies from the University of Rhode Island while serving on the local board of the Rhode Island National Organization for Women to ratify the 1972 Equal Rights Amendment.

She continued her career working for a variety of nonprofits, leading to the position of the Executive Director of the Rhode Island Advisory Commission on Women in 1979. Heavily involved in the political scene in this role, Bonnie represented Rhode Island on the national Civil Rights Commission, the national Government Initiatives to Encourage Employer-Supported Child Care, and the World Summer Olympics, Providence Chapter of Women’s American Organization for Rehabilitation through Training.

With an established career in public service and politics, she was sought after and ran as the Democratic candidate for Rhode Island Secretary of State in 1984, with the endorsement of Geraldine Ferraro, the first woman vice presidential candidate. After a valiant race, she was appointed to a government relations position with Capitol Television, a department of the Rhode Island General Assembly.

Years later, she returned to her work with nonprofits, safeguarding minority and women’s rights through her service with the United Black and Brown Fund of Rhode Island and the Rhode Island Department of Corrections to transition incarcerated women into the workforce.

In lieu of flowers, donations may be made to the League of Women Voters of Rhode Island. At her request, no services are planned.

Condolences may be left online with the Beinhauer Family Funeral Home HERE.